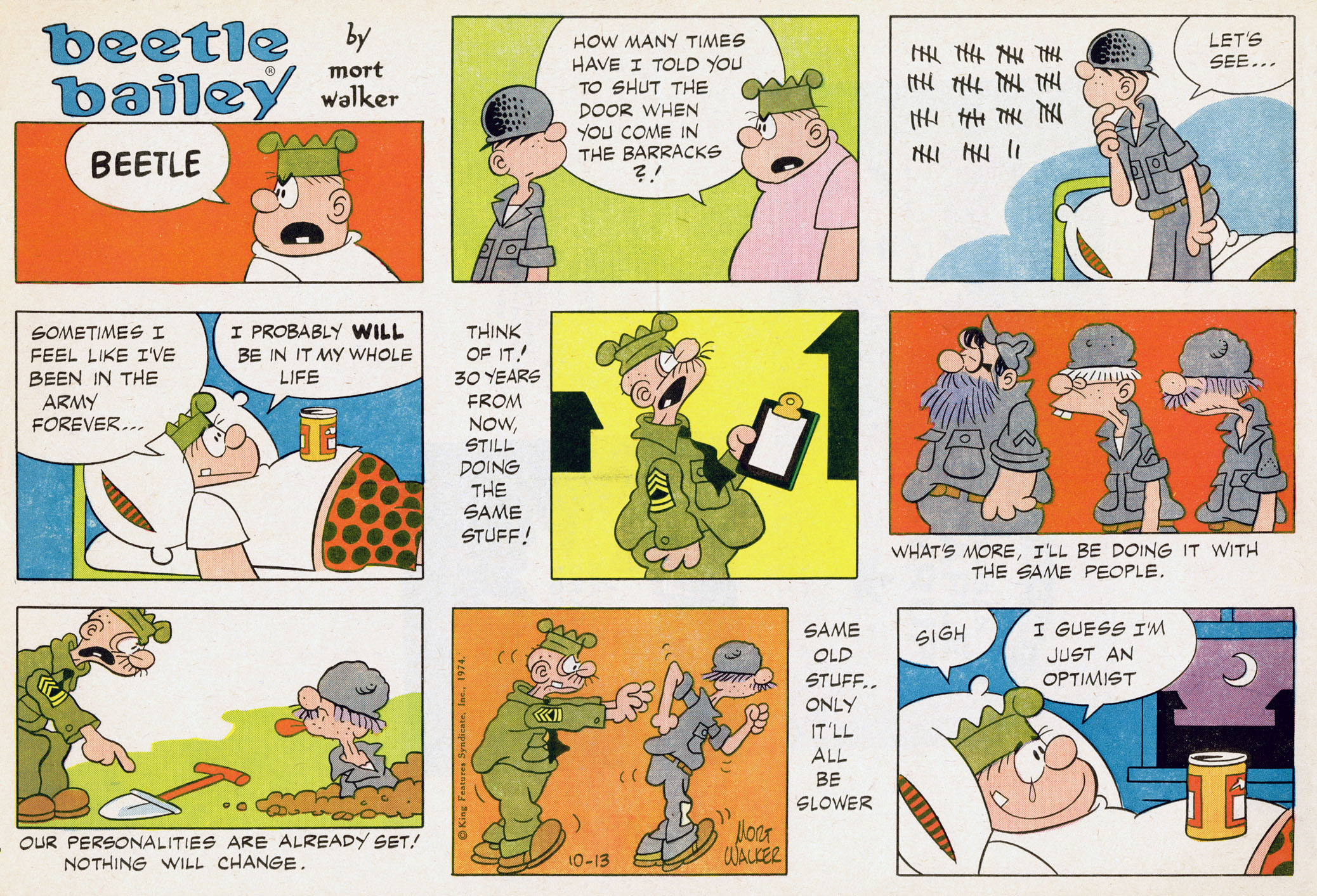 Ever wonder what might occur in Beetle Bailey either before or after the current time frame? So do we. It’s exciting to travel back to the past or forward to the future. This can be accomplished quite easily in a comic strip just by using a little imagination. Cartoon time has its own rules so scenarios like this can be whatever we want them to be.

In the episode above, Sarge visualizes what it might look like “30 years from now,” which would have been 2004, since this page was published in 1974. Sarge, Plato, Zero and Beetle are shown as decrepit older versions of themselves with wrinkles, beards, moustaches and gray hair.

The twist here is that the reader is led to believe that this life of drudgery is not something that Sarge is looking forward to. In the end, we are surprised to find out that he actually hopes things stay the same. This is his optimistic view of the future.

It can also be fun to fill in the backstories for some of the characters. What did Beetle look like when he was a child? Where did Sarge come from? Why did Rocky enlist in the Army? How did General Halftrack end up being in charge of Camp Swampy? The possibilities are endless. It’s a great source of gag ideas.

Next week we will continue with another classic episode from 1974 in our Timeline series. 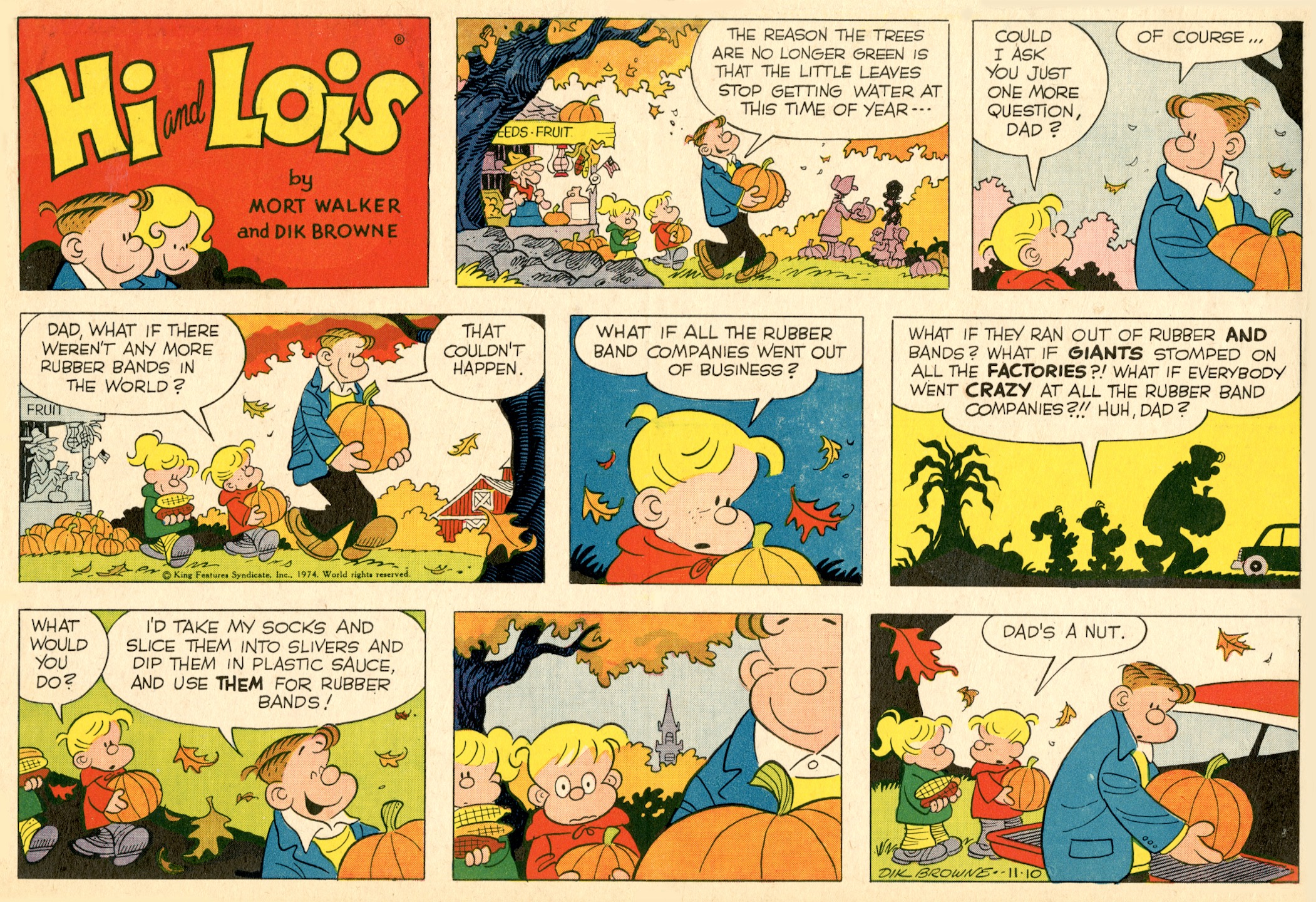 The autumnal-themed Hi and Lois Sunday pages, which are an annual tradition, feature some of Dik Browne’s best work. It was his favorite time of the year.

“Mort knows that I am a sucker for them,” Dik once said about these episodes.  “We’ve all lived in Connecticut and know how beautiful it can get.  I think Kipling described fall as the ‘last revolt of the tree people against the dying of the year.’”

On some occasions, Dik would transform a non-seasonal gag into a beautiful fall scene, as he did in the Sunday page above. Panels #2 and #3, after the logo, are drop panels and must be self-contained. Some newspapers don’t include these, so the main gag, which runs from panel #4 through #9, has to be comprehensible without the lead in.

Ditto’s crazy question, about what would happen if there were no rubber bands in the world, and Hi’s response, have nothing to do with what is going on visually, which shows them buying pumpkins.

All of the special touches, including the lead-in panels, were added to give the page an autumnal mood. The produce stand with the farmer in panel #2, the red barn in the background in panel #4, the silhouette of the corn stalk in panel #6, the close up of the kids’ expressions in panel #8 and the colorful leaves floating in the air throughout, all help to create a wonderful seasonal atmosphere.

The conversation between Ditto and Hi in the original gag could have happened at any time of the year. It might have even have taken place inside the Flagston house. Dik probably drew it in early September since Sunday pages have to be completed six to eight weeks before publication.  He was able to conjure all this up in his imagination.

Next week we will feature another classic Sunday page from 1974 in our Timeline series.