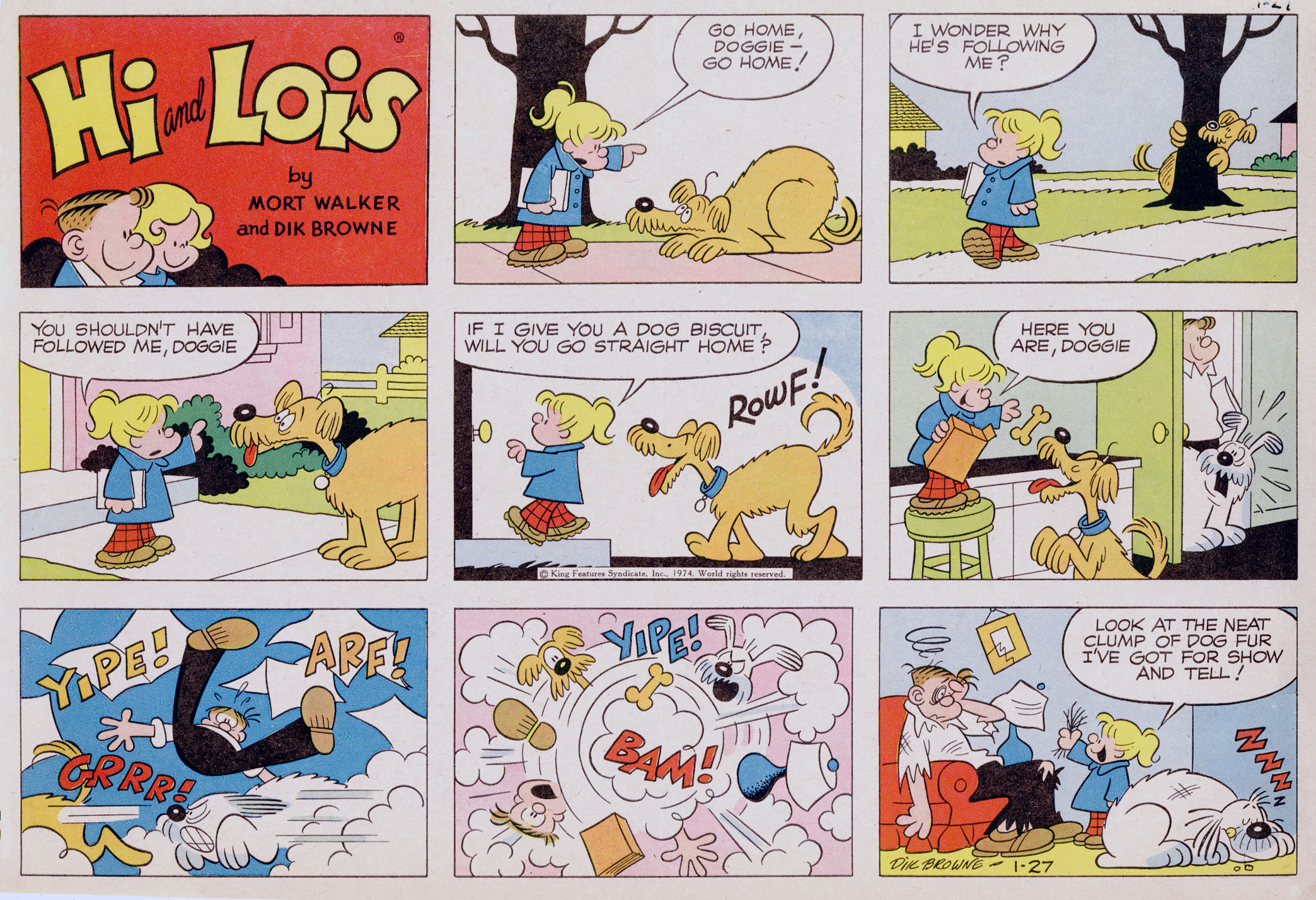 Dawg is the Flagston’s sole pet and is very protective of his domain. In this episode, another neighborhood dog follows Dot home and when she tries to feed it, the inevitable battle ensues.

The two scenes that lead up to the final panel are carefully composed. Speed lines, called “hites” suggest the action of the chasing dogs. Hi is tossed in the air, his feet above his head. Dust clouds, also known as “briffits,” add to the swirling scene of the escalating dogfight. Sound effects are done with large block lettering and a lamp and a book are thrown in for extra emphasis. In the end, Hi is disheveled but Dawg is sleeping peacefully, presumably having chased his rival out of the house.

Here is his family portrait. 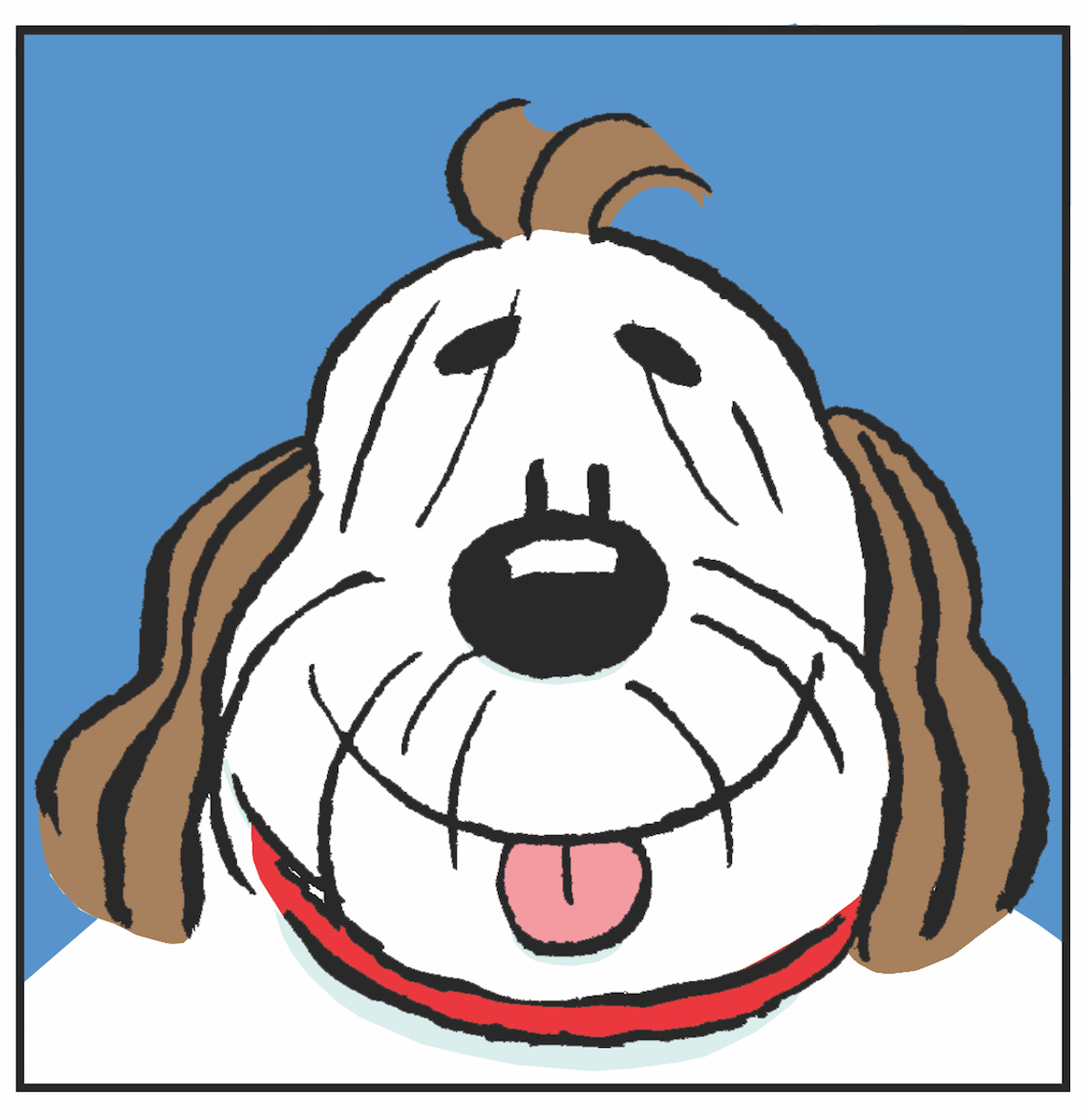 Check back here next week for the second installment from 1974 in our Timeline series.