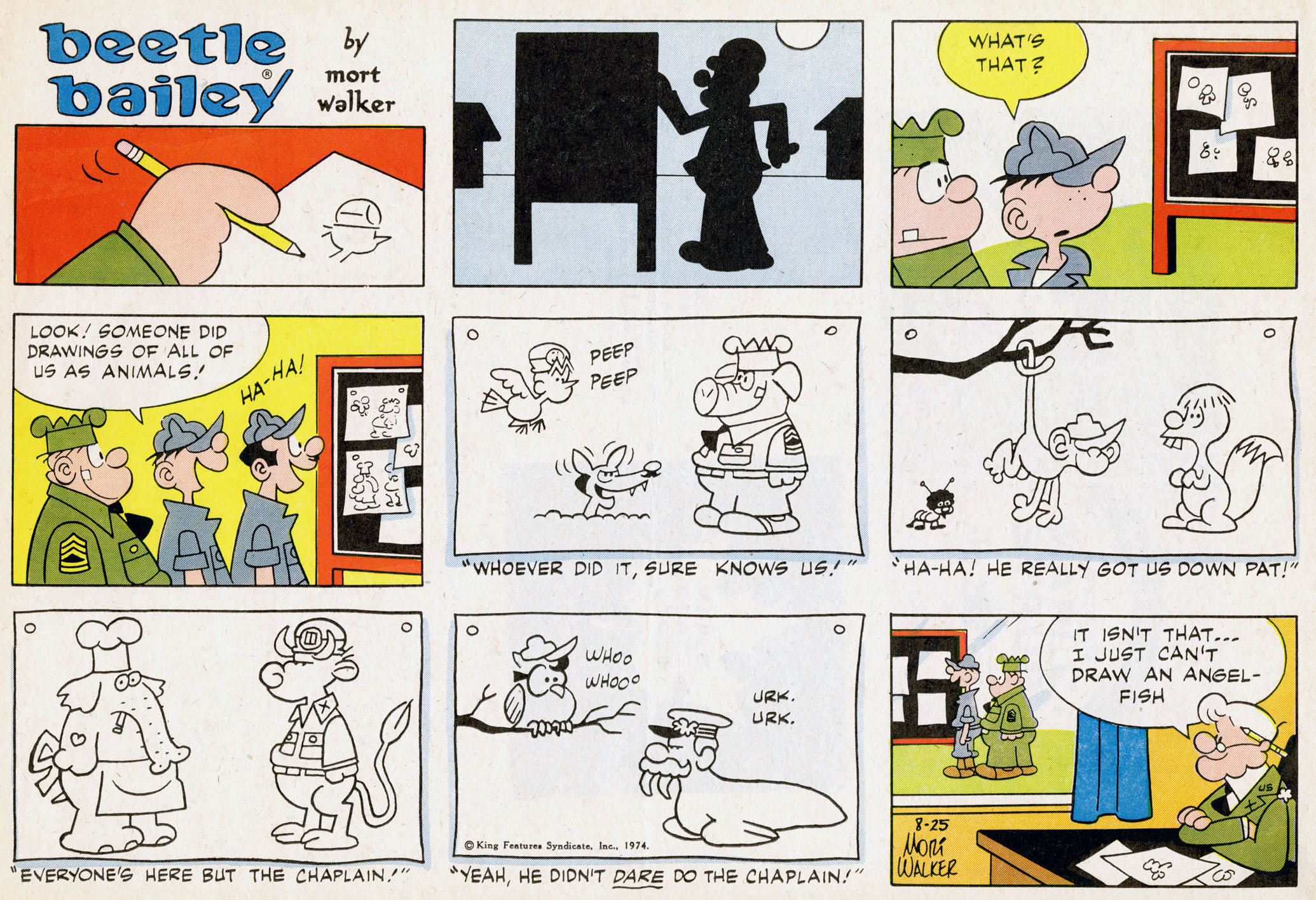 In the Sunday page featured in last week’s post, Beetle was the camp cartoonist. This episode showcases the artistry of a different character in the cast.

The drawings were done purposely in a simplistic, childlike style to contrast with the clean line professional rendering in the rest of the strip.

It is interesting to note which animals were chosen to represent each of the characters. Lt. Fuzz is a bird, Killer is a wolf, Sarge is a pig, Lt. Flap is a bug, Beetle is a monkey, Zero is a squirrel, Cookie is an elephant, Captain Scabbard is a goat, Plato is an owl and General Halftrack is a walrus.

Some of these choices reveal something about the character’s personality, some not so much. It is a bit of a surprise that Chaplain Staneglass turns out to be the instigator. He is usually the one who tries to get the men to correct their disruptive behavior.

It is extremely difficult for the creators of daily syndicated comic strips to come up with fresh and different ideas for every day of the year. This particular example shows how they sometimes step out of the predictable scenarios and do something that borders on the surreal. Visually it is a very unique page.

This is the first post from 1974 in our Timeline series. Check back here next week for the second installment.