Beetle Bailey has one of the largest casts of any syndicated comic strip, with the possible exception of Doonesbury. The conflicts that are generated by these distinctive characters are a great source for gag material.

Rocky is a rebel without a cause, similar to 1950s movie stars like Marlon Brando and James Dean. He epitomized the wise-guy greaser before that role was popularized by Fonzi on the TV show Happy Days. He plays loud rock-and-roll and is editor of the Camp Swampy underground newspaper. 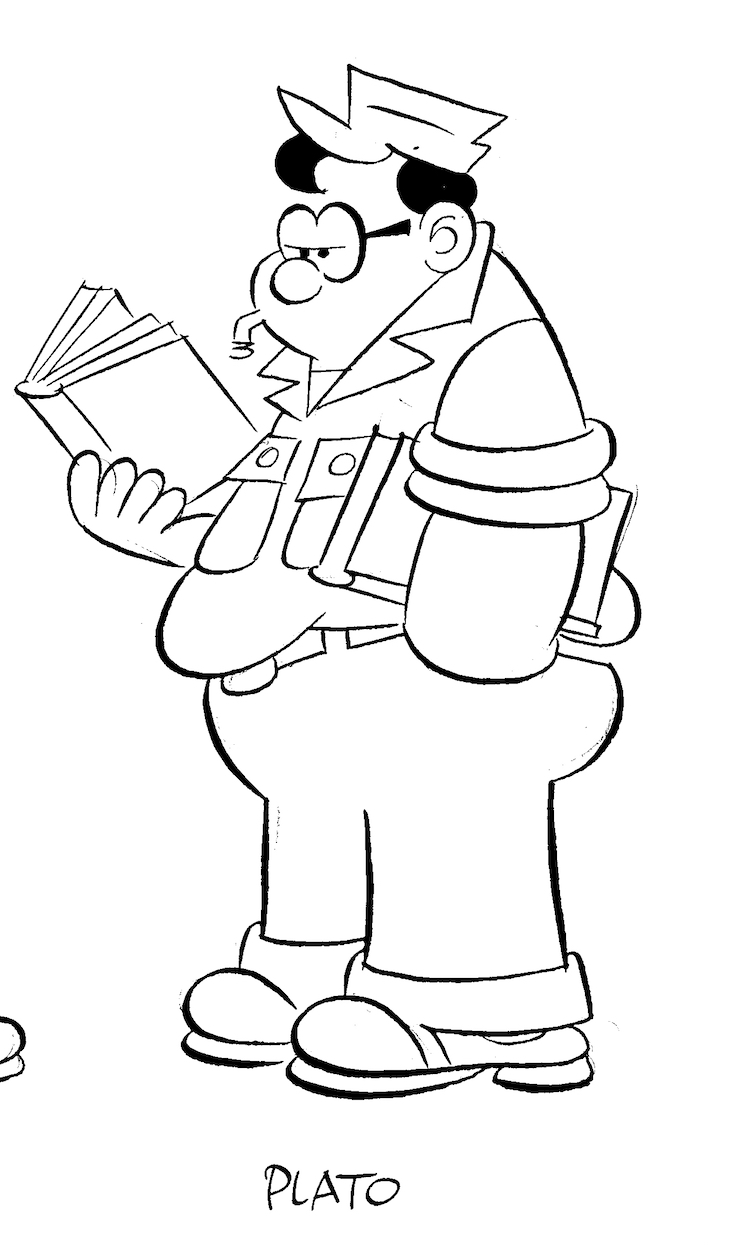 Plato is an intellectual inspired by the erudite Dik Browne, artist on Hi and Lois for many years and creator of Hagar the Horrible. Plato is the kind of highbrow who would sing Italian opera in the shower.

Based on their taste in music alone, it shouldn’t be too surprising that these two would have their differences. They both have fantasies about becoming famous performers.

The Sunday page above also features an almost wordless final panel. The picture of Sarge in his superhero costume says it all. Sarge also has hopes of becoming something more than he is. Over the years, he has evolved from a being mean bully into one of the most sympathetic characters in the strip. Everybody loves Sarge.

Next week will be the final installment from 1973 in our Timeline series, so be sure to check back.