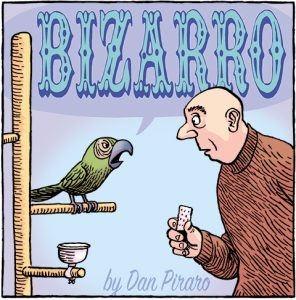 (Embiggenation is within your reach with a simple click on the parrot’s cloaca.) 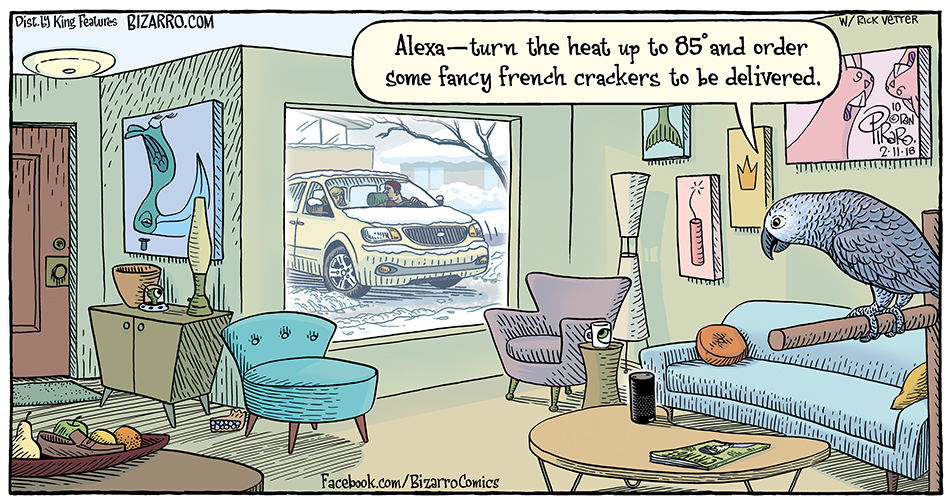 Bizarro is brought to you today by Maybe If Your Business Is Pimping.

Olive Oyl and I are not big enough fans of technology to want one of those thingamajigs––whatever you call them––in our house, but we do like to appear to our friends to be “hip” and up-to-date, so I spray painted a tomato juice can black and put it on our coffee table. When our friends come over, I just casually say, “Alexa, take a nap for a few hours and don’t bother us while our visitors are here unless it’s an emergency.” So far no one is the wiser.

If you have a thingamajig, ask Alexa to order you a Jazz Pickle enamel pin pronto. Apart from being aesthetically very attractive, it also achieves two important objectives:

There are also three other pins currently on offer and you can see them here. Or visit my entire new Bizarro Shop by starting on the home page. Once these pins are sold out, we’ll be replacing them with other designs, so don’t get left behind with a blank space on your sash or beret.

And now, the week in Wayno cartoons: 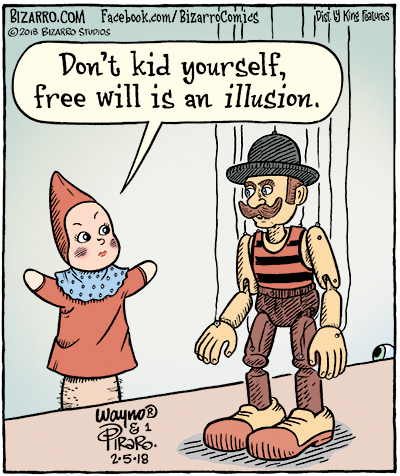 As a result of our growing understanding of genetics, there are big-brained scientists who are considering the distinct possibility that what we call “free will” is actually an illusion. That is to say that, given your exact genetic makeup, there is only one decision you can and will make under a given set of circumstances and you really don’t have a choice at all; you only think you do. If you throw out your personal beliefs for a moment and consider it objectively, it could absolutely be true and we’d never know it. And if it was true and we could prove it, it would dismantle everything we believe and think we know about religion, law, criminal behavior, personality, success, etc.

I enjoy thinking about this kind of crazy stuff. 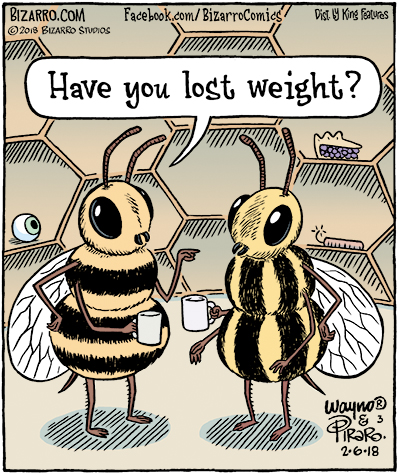 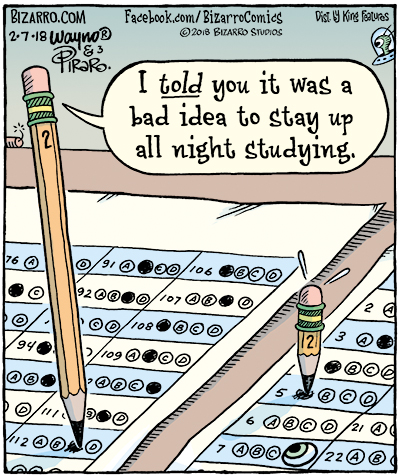 Pro tip for artists: If you ever want to draw a turd, use a #2 pencil. If you want to draw urine, use a six-pack of beer. 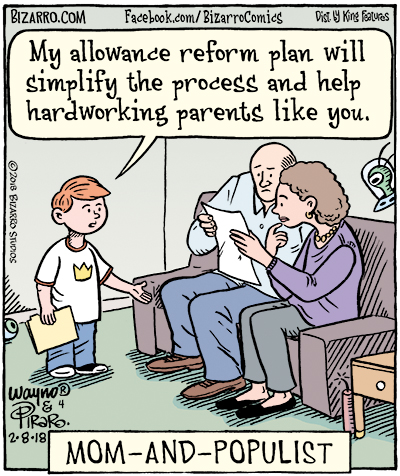 If Mom and Pop are devotees of Fox News Channel, they should have no trouble buying into this kid’s bullshit. Most Fox viewers seemed to have no trouble accepting it when they were told that the middle class and poor would be better off if rich people and corporations got a huge tax cut. I guess because rich people are so famous for sharing their good fortune with their employees and those of us who did not get a red carpet invitation to an expensive education and a lucrative career. 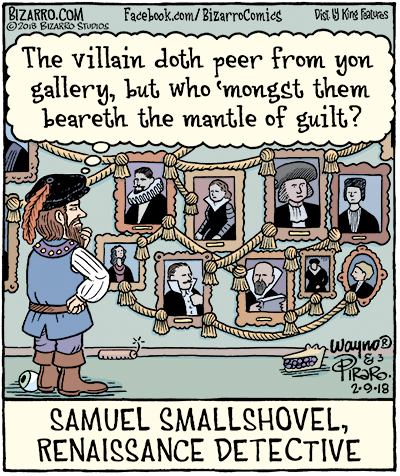 In the next scene, he tries to remember whether or not his apartment number is 2B. (Anybody get the reference to a famous 20th-century detective here? If not, Wayno has a link in his blog post today that explains it.) 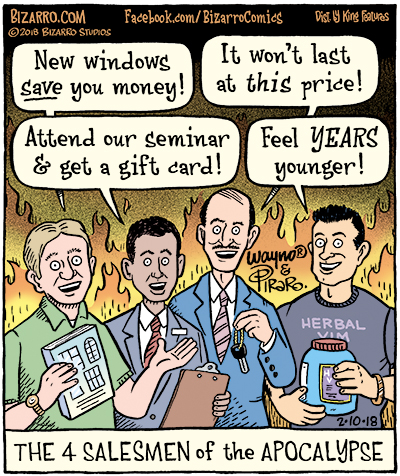 I like the way that Wayno drew these guys’ eyes. I never trust a person whose irises don’t touch their eyelids on any side. It’s just creepy.

That’s the rundown for this week, Jazz Pickles. Thanks for following me this far through traffic; I hope I didn’t drive too fast. Don’t forget to avail yourself of Wayno’s blog this week and the other handy-dandy links below. Those of us at Rancho Bizarro (Mexico) and Bizarro Studios North (Pittsburgh) thank you from the basements of our hearts.