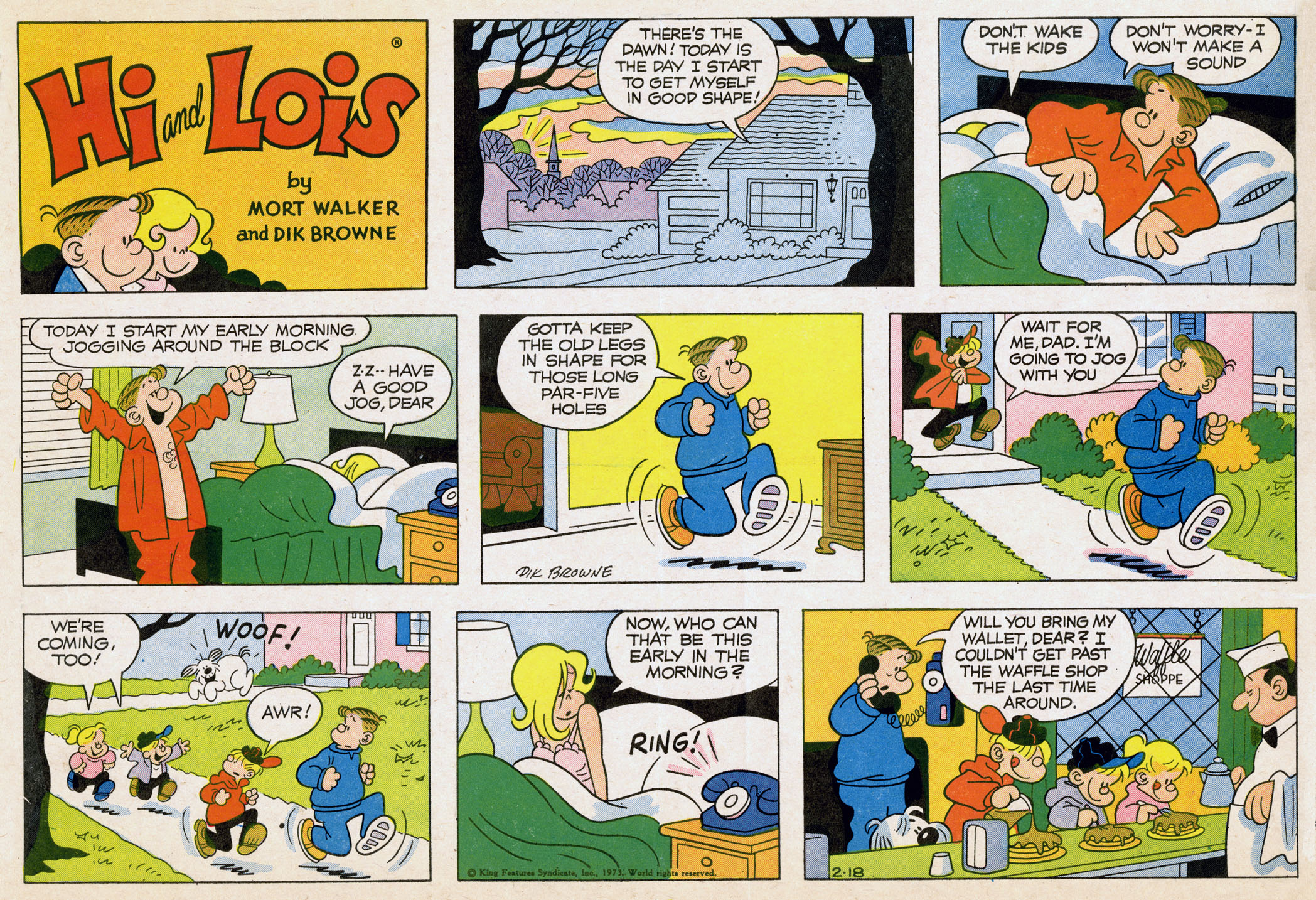 When this strip came out, jogging had become a huge fad.

Running at a leisurely pace was a new concept. The idea was to get exercise without putting too much stress on the body. Joggers typically run less than six miles an hour and have wider foot spacing to establish stability.

An early reference to the term is in William Shakespeare’s Taming of the Shrew (1593). “You may be jogging whiles your boots are green,” referred to a character departing.

In his 1884 novel, My Run Home, Australian author Rolf Boldrewood wrote, “Your bedroom curtains were still drawn as I passed on my morning jog.”

In 1962, a group of New Zealand fitness enthusiasts who gathered once a week to go for a run became know as the “Auckland Joggers Club.”

After visiting New Zealand, University of Oregon track coach Bill Bowerman wrote the book, Jogging, in 1966 which popularized the trend in the United States.

In this episode, Hi is starting a new exercise routine to stay in shape for golf. Chip, Dot, Ditto and Dawg join him on his run and they all end up at the Waffle Shoppe. Hi’s best intentions usually backfire like this.

Next week we will continue the Timeline series in 1973, so be sure to check back.