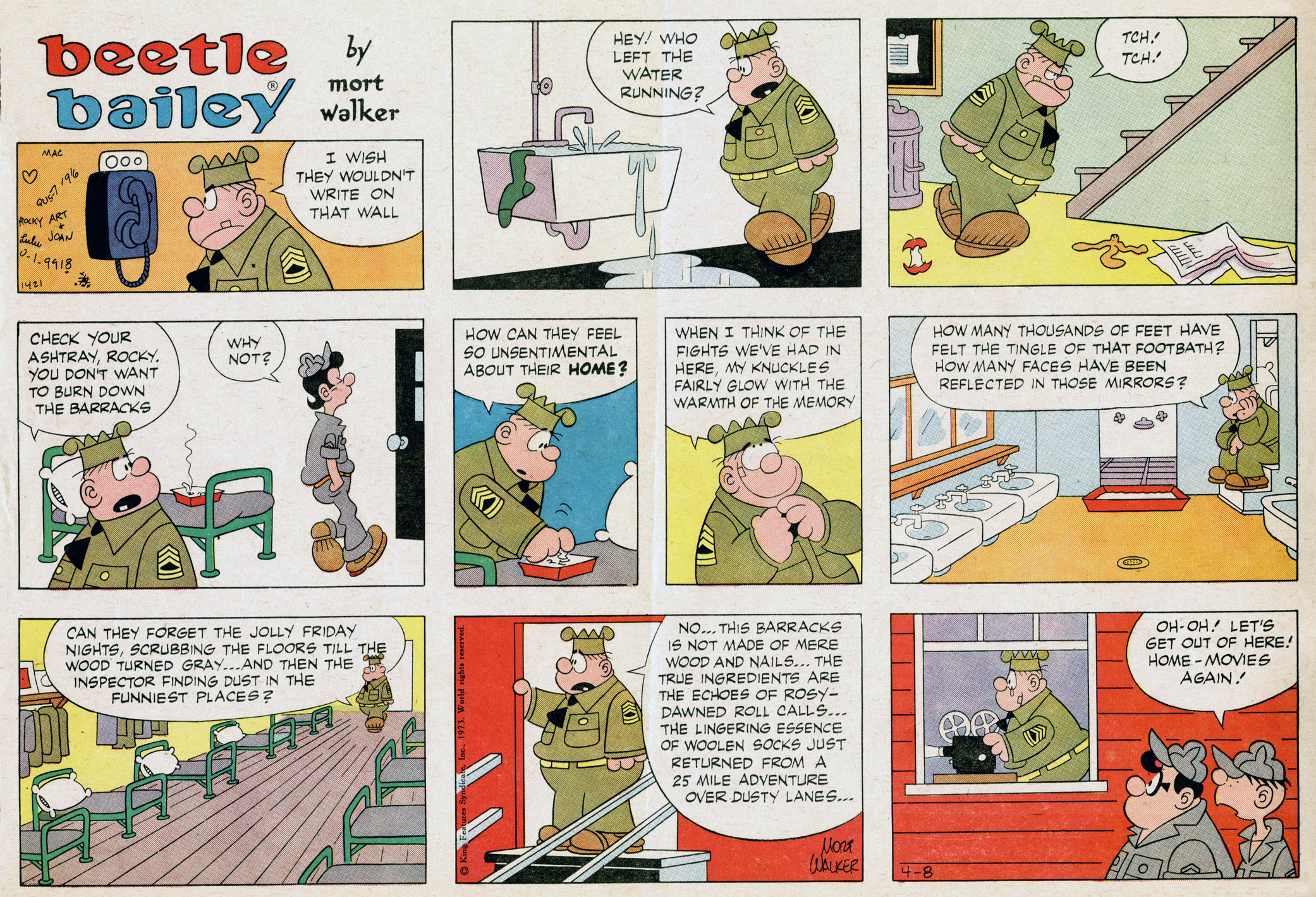 The Sunday page above is one of my all-time favorites.

Sergeant Orville P. Snorkel was inspired by Sergeant Octavian Savou (below), a tough-as-nails authoritarian Mort Walker encountered in basic training after he enlisted in the Army in 1942. Savou would yell and scream at his men without mercy. One night Mort and all his buddies had the night off and went into town. When they returned to the barracks, they found notes with poems written on them pinned to their pillows. They were all addressed to “my boys” from Sgt. Savou. 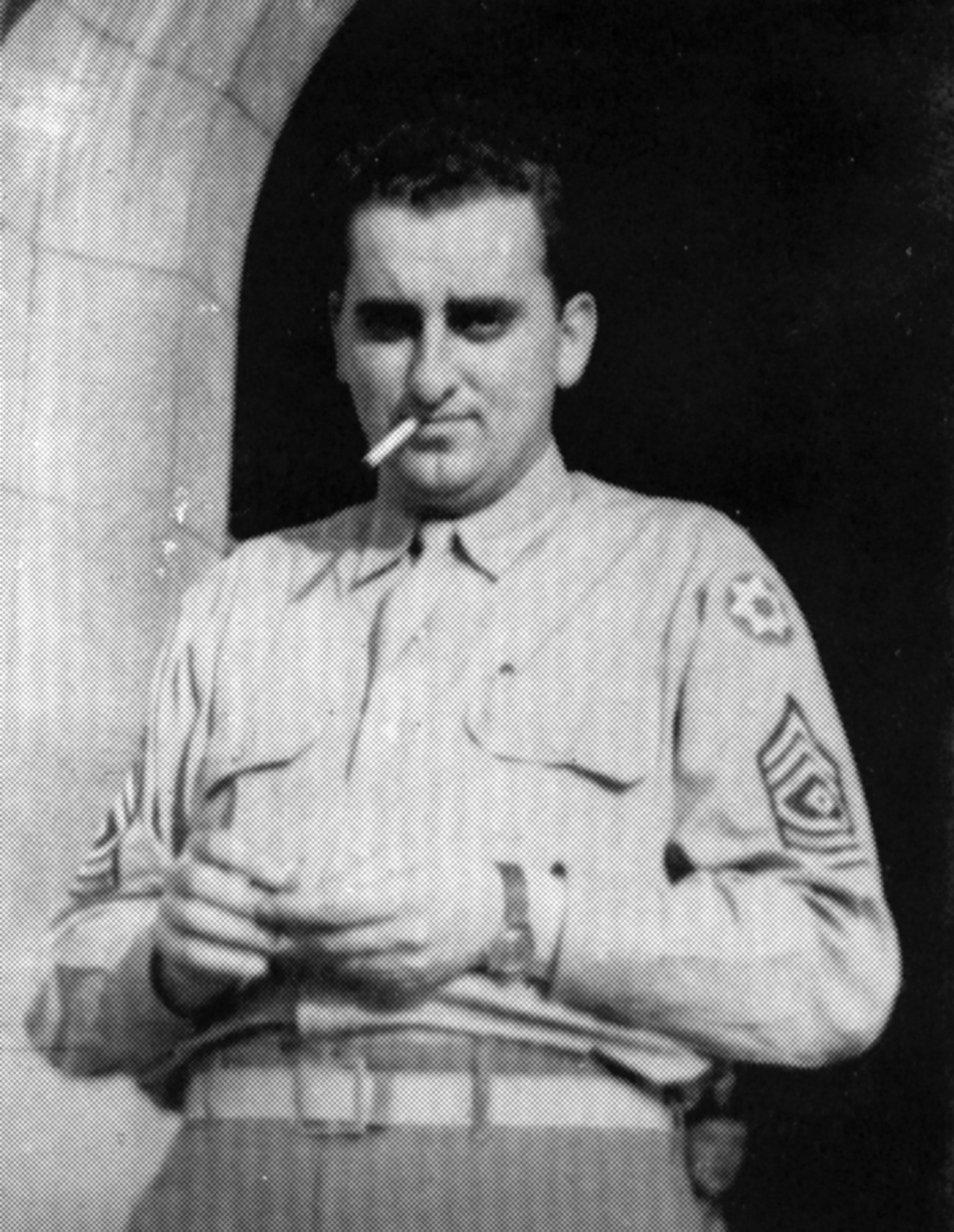 This is the key to Sergeant Snorkel’s character. He’s as mean as they come but he also has a soft side. In the classic episode above, Sarge can’t understand why his boys don’t appreciate their “home” more. He starts reminiscing about all the good times they’ve had in the barracks – at least from his point of view. As he gets increasingly nostalgic, his dialogue becomes surprisingly evocative. The reader can really feel the emotion in Sarge’s voice. In the end, he takes it to a whole new level by pulling out a projector to watch home movies. The final touch is a tear on his cheek.

Next week we will continue our Timeline series in 1973, so be sure to check back.