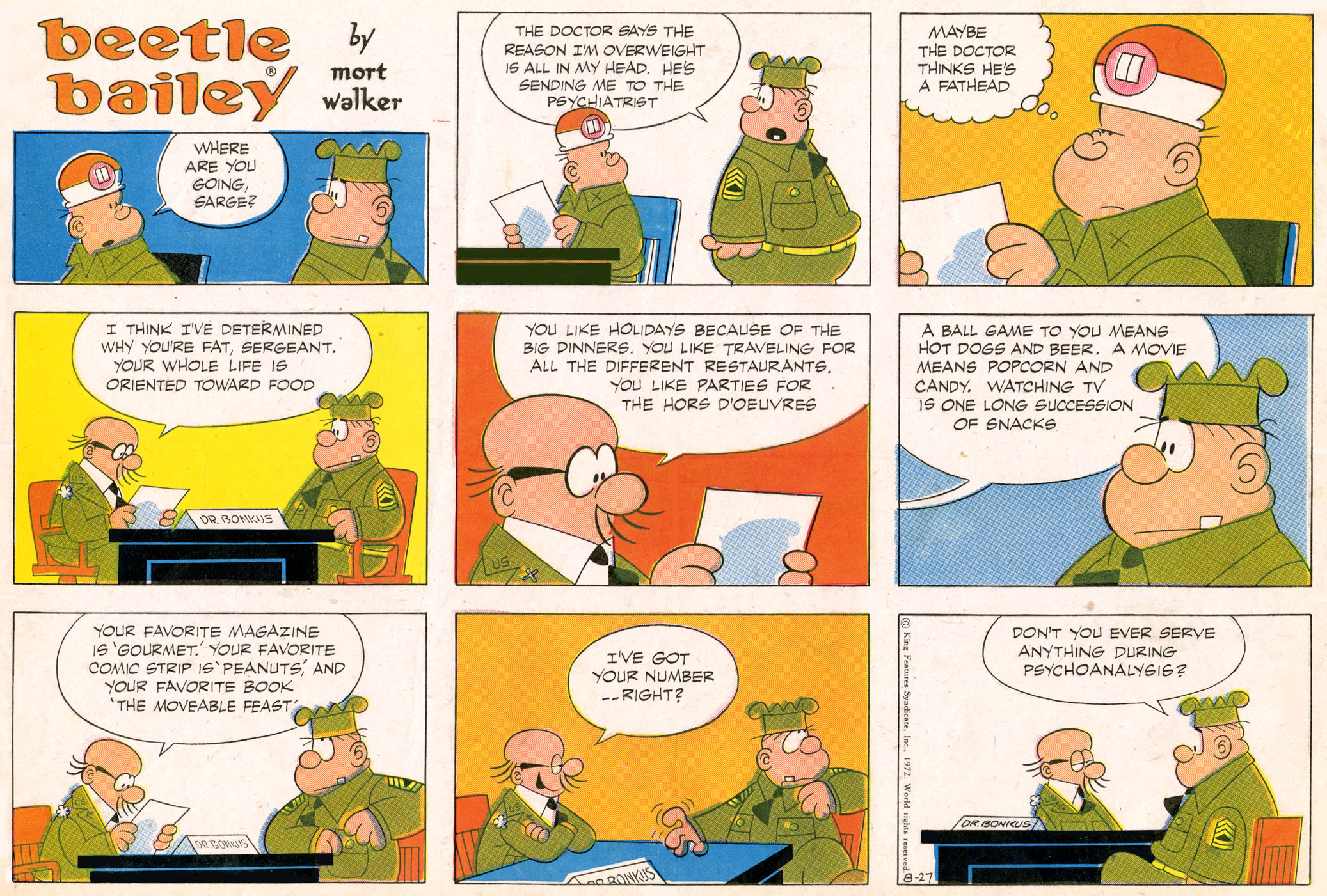 In 1967, Dr. Bonkus the camp psychiatrist, debuted in Beetle Bailey. He was short in stature with a bald head and an unruly moustache.

As Mort Walker explained in The Best of Beetle Bailey, “Every camp has a psychiatrist and no camp needs one more than Camp Swampy. Of course they got the psychiatrist they deserved, Dr. Bonkus, who could use a little help himself.”

A full week of daily strips introduced the new character. In his first appearance, below, Sarge was assigned to show him around.

The following day he met Beetle.

Dr. Bonkus worked in an office with his name on the door where he interviewed all of the men in camp, one at a time. His initial encounter with Zero was memorable.

He often scribbled notes in a diary, recording observations about the quirky crew in the camp. In this episode he sees great potential for his psychiatric studies.

In the Sunday page above, Dr. Bonkus psychoanalyzes his most challenging patient. His diagnosis is that Sarge has a food obsession and, predictably, Sarge confirms the theory.

Dr. Bonkus is one of the many characters in Beetle Bailey who help to reinforce the main theme of the strip – that human nature is hilarious!

Next week is the last installment from 1972 in our Timeline series so be sure to check back here to see another gem.