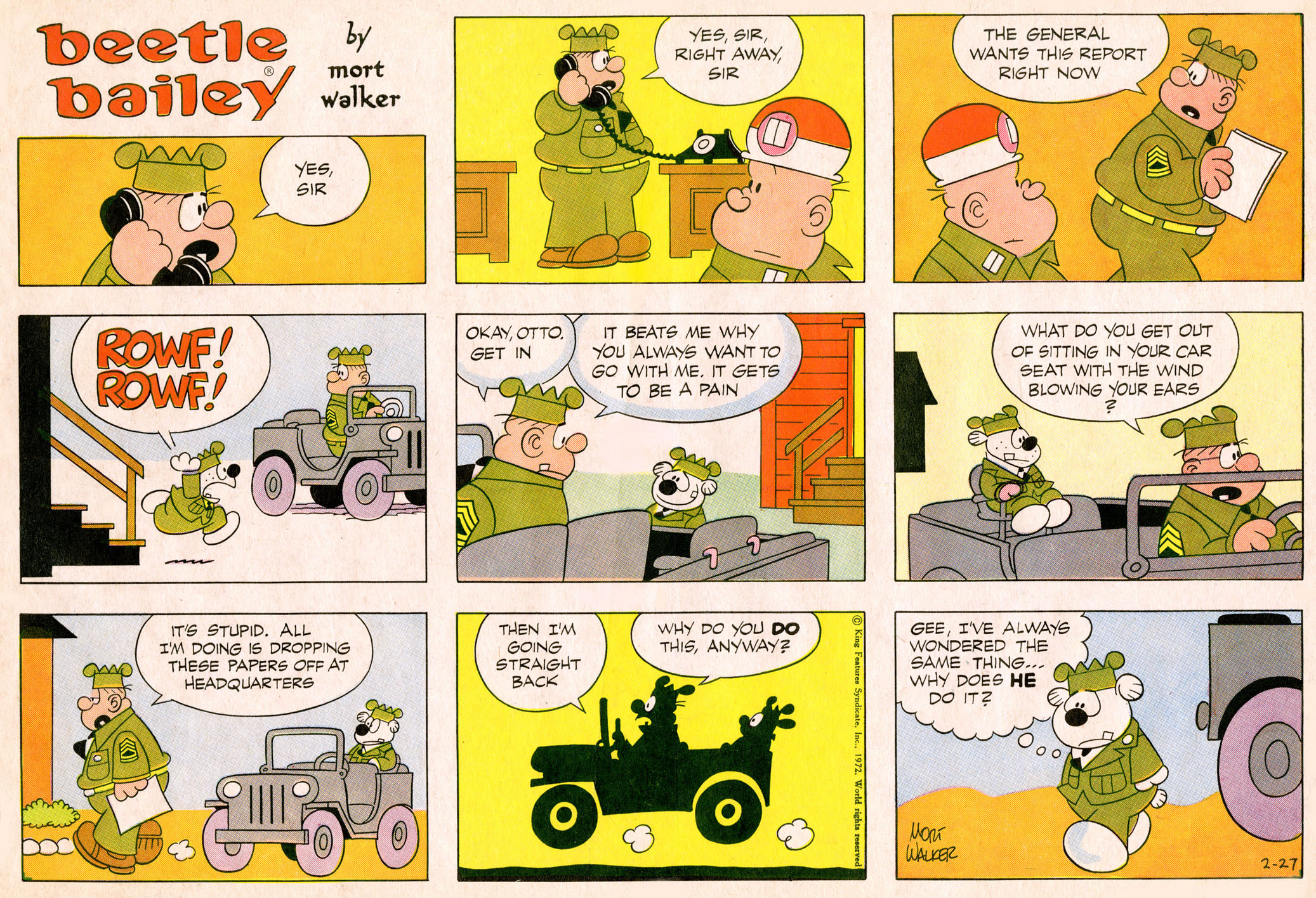 The introduction and evolution of Sarge’s dog Otto has been documented in previous posts. To revisit that history, here are a few quotes from The Best of Beetle Bailey by creator Mort Walker.

“Every boy should have a dog, as the saying goes, to teach him love, responsibility and to turn around three times before he lies down. Sarge, being a boy at heart, deserved a dog. But did he deserve Otto? In Otto’s puppyhood he was a real dog, walking on all fours and communicating with woofs and growls. It wasn’t long before I fell into the old cartoonist’s trap and humanized him. I guess he’s funnier that way.”

“Otto first appeared in clothes in the strip above. I was afraid at first to put him in uniform permanently but finally in a 1969 strip (below) I took the chance. The reaction from readers was so tremendous Otto has dressed ever since.”

“When I first sketched Sarge’s dog, I took one look and thought, ‘He looks like Otto Soglow!’ Soglow (below) was a famous New Yorker cartoonist and creator of the comic strip The Little King. He wasn’t very tall, less than five feet, and he wasn’t very handsome, but everybody loved Otto. He was brutally honest, hilariously cantankerous and often incoherent. He also may be the only human being who was the inspiration for a comic strip dog.” 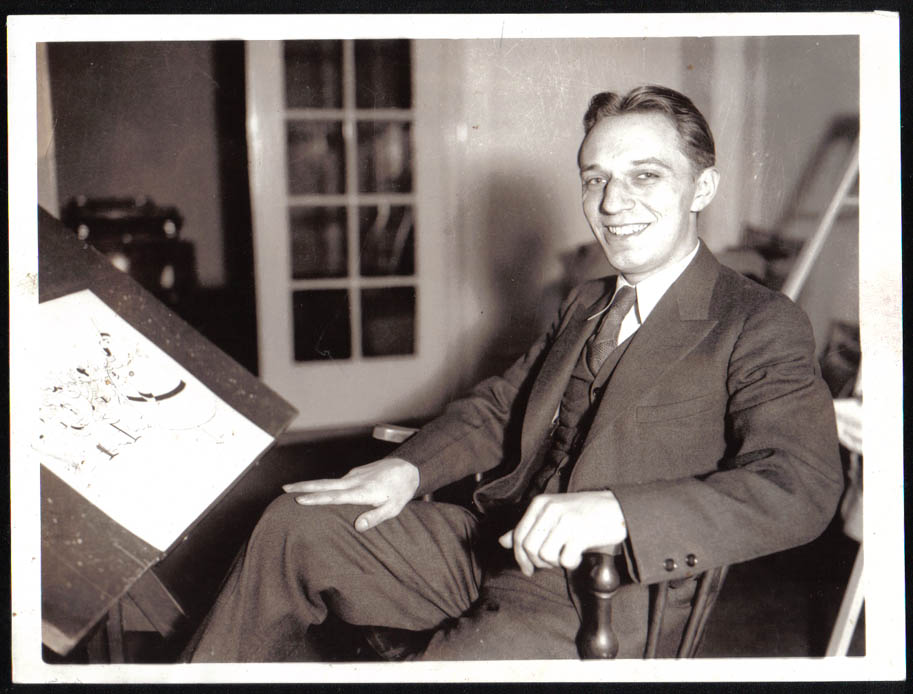 We will continue with our Timeline series next week so stay tooned.