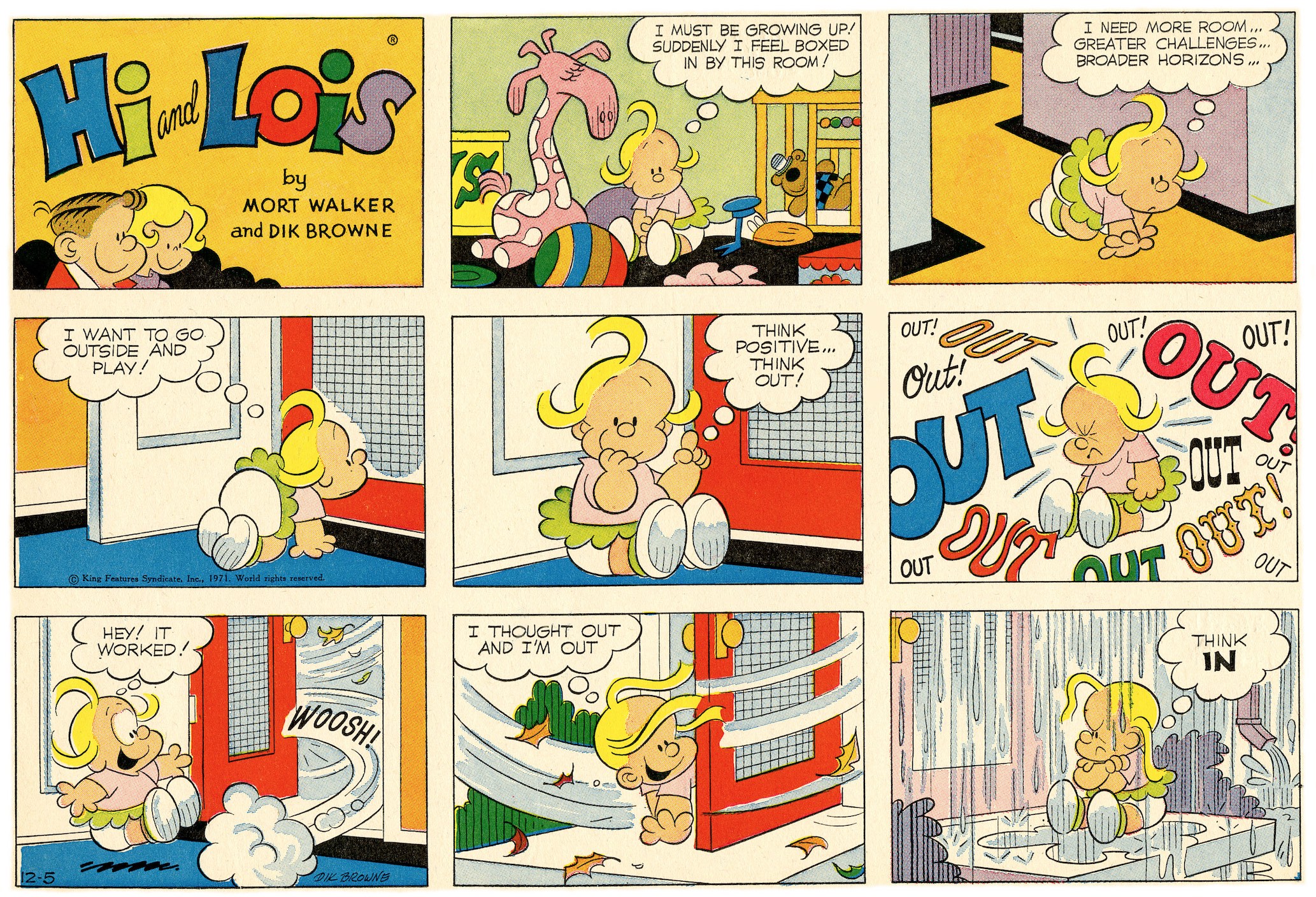 The Sunday page above features Trixie in her fully developed stage. She didn’t always look like this.

When Mort Walker and Dik Browne started designing Hi and Lois in 1954, they had different ideas about the way the characters should appear. “Dik drew in a clean, modern style which I thought would give a whole new look to the comics,” Mort recollected. “In the beginning he had a very high tech look, with angular lines. It turned out to be a little too sterile for Hi and Lois and eventually he began to draw rounder and cuter.”

Mort made these sketches of the Flagston kids and asked Dik to see what he could come up with on his own. 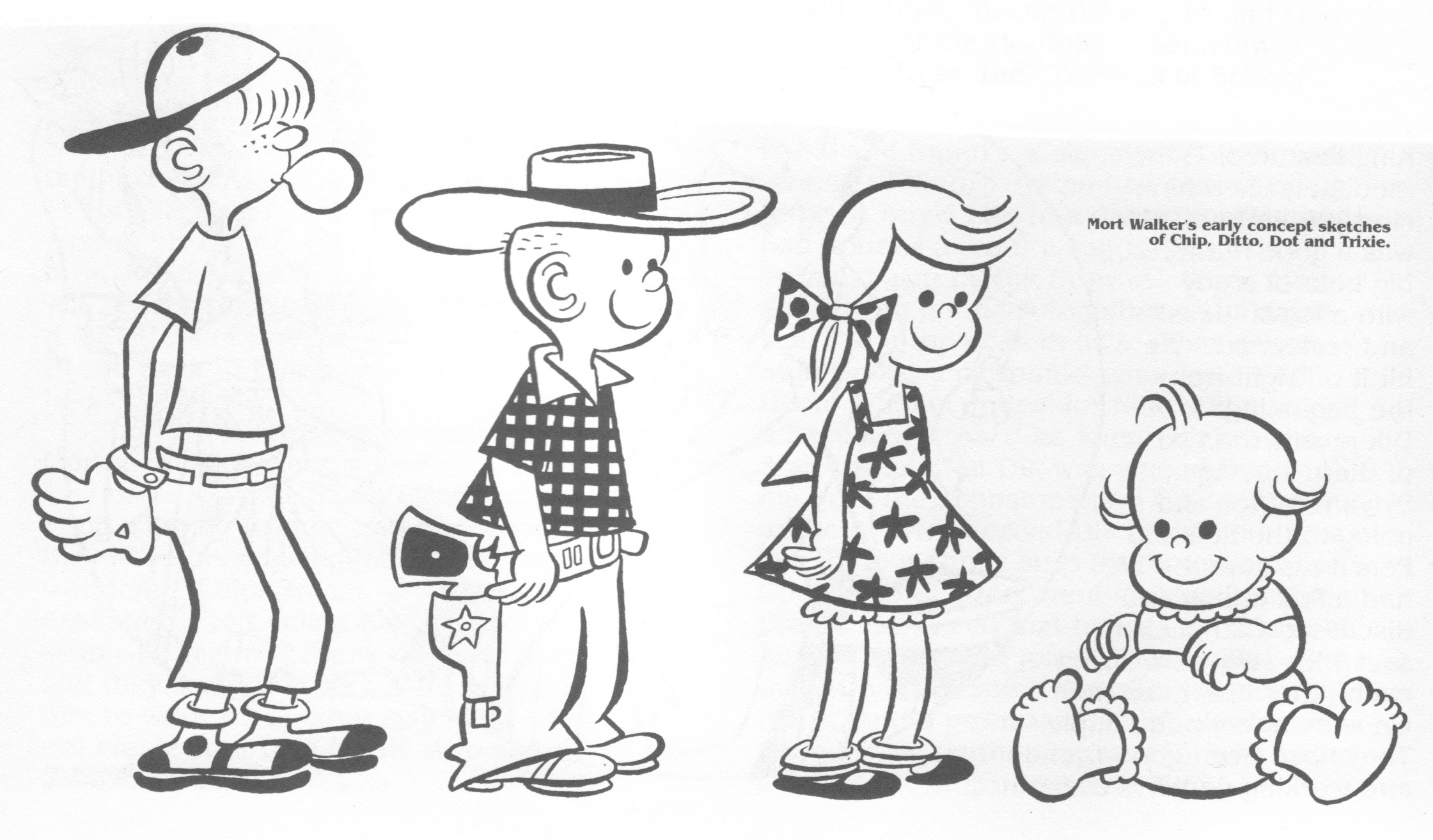 Dik came back with his version of the family. 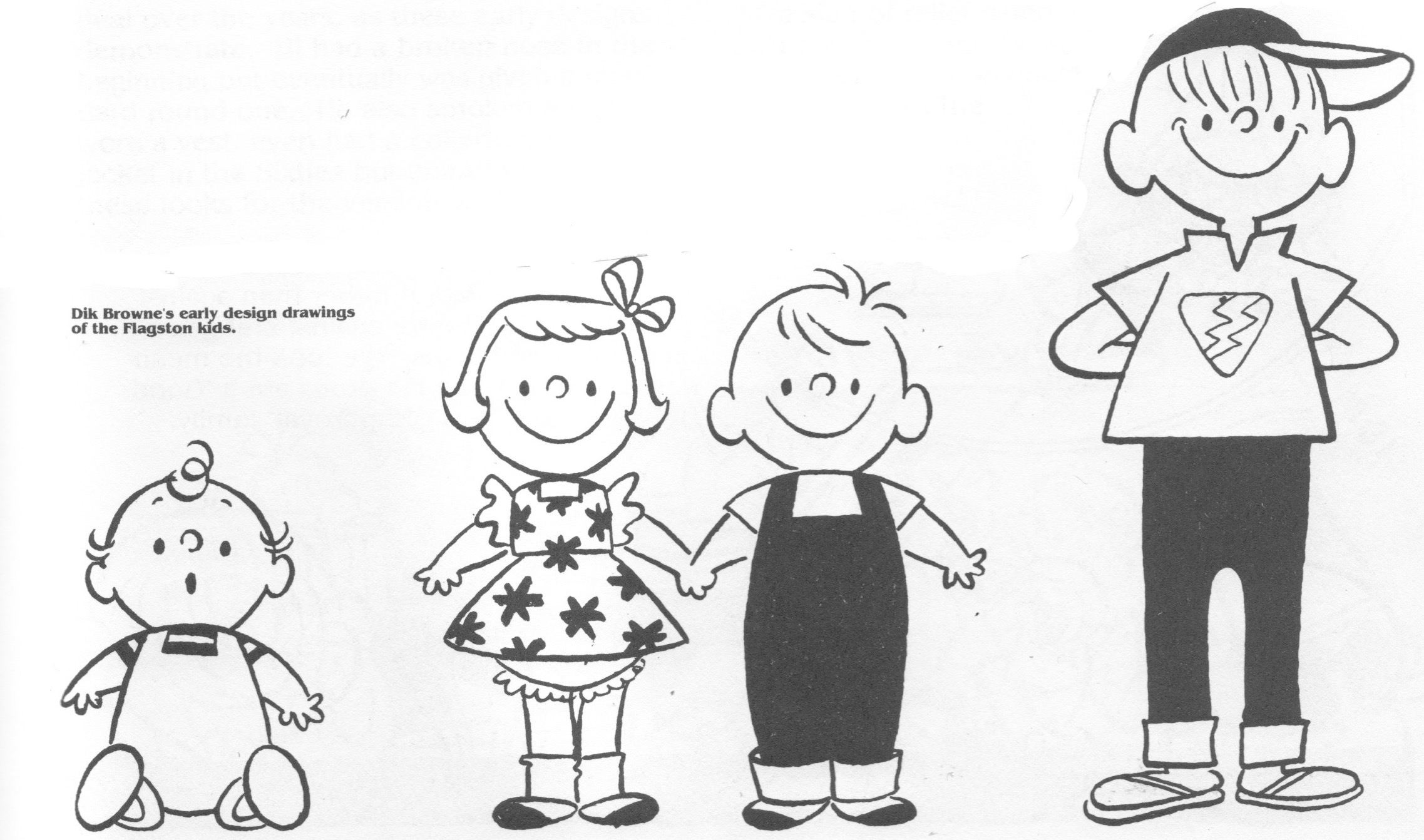 Mort took these and made more changes. “When you have two guys who don’t draw exactly alike, it’s hard to get it to meld,” remembered Dik. This process of distillation continued and the ultimate design of Hi and Lois was truly a collaborative effort.

“You have to remember that Mort drew the original characters,” explained Dik. “That established everything that followed. When you draw a character, you immediately set the style for the whole strip.”

Dik concluded, “It was difficult to adjust to this fact of life when I started drawing Hi and Lois, but I got past it. Fortunately, it worked out well.”

Come back next week for our final installment from 1971 in our Timeline series. 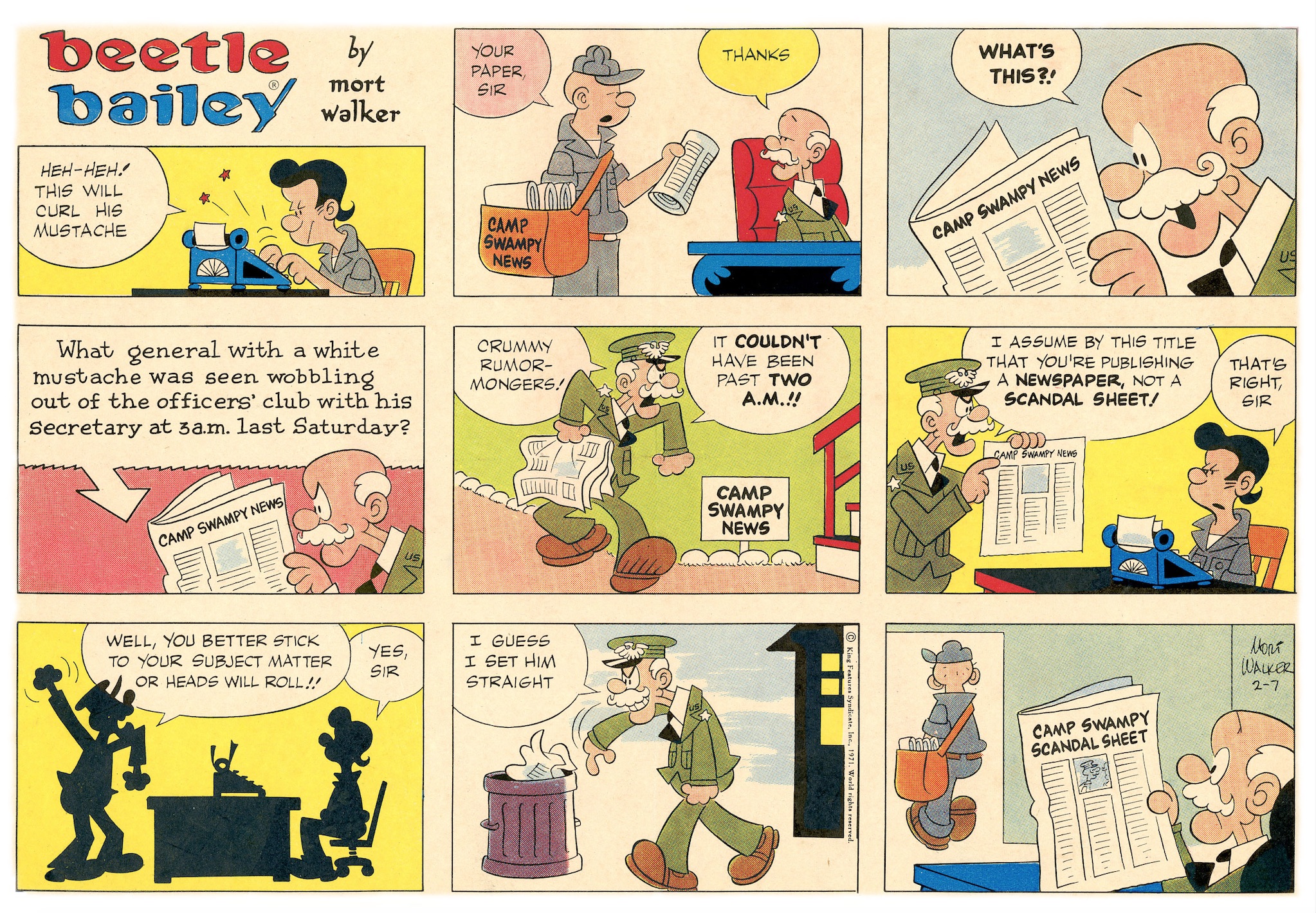 The Sunday page above stars Rocky, who is the editor of the Camp Swampy News. As a muckraking journalist, he uses his columns to take pot shots at General Halftrack.

When Rocky first appeared in the strip, around 1958, he was a former thug from a street gang, inspired by the movie roles of James Dean and Marlon Brando. Here’s an early example.

As times changed, Rocky became more of an anti-establishment revolutionary with a violent streak.

In the 1970s he started singing folk songs and playing rock and roll.

Rocky continues as a regular member of the cast but only appears occasionally. He’s still an angry young man.

We will continue to look at characters and themes from the past in our Timeline series, so stay tooned.