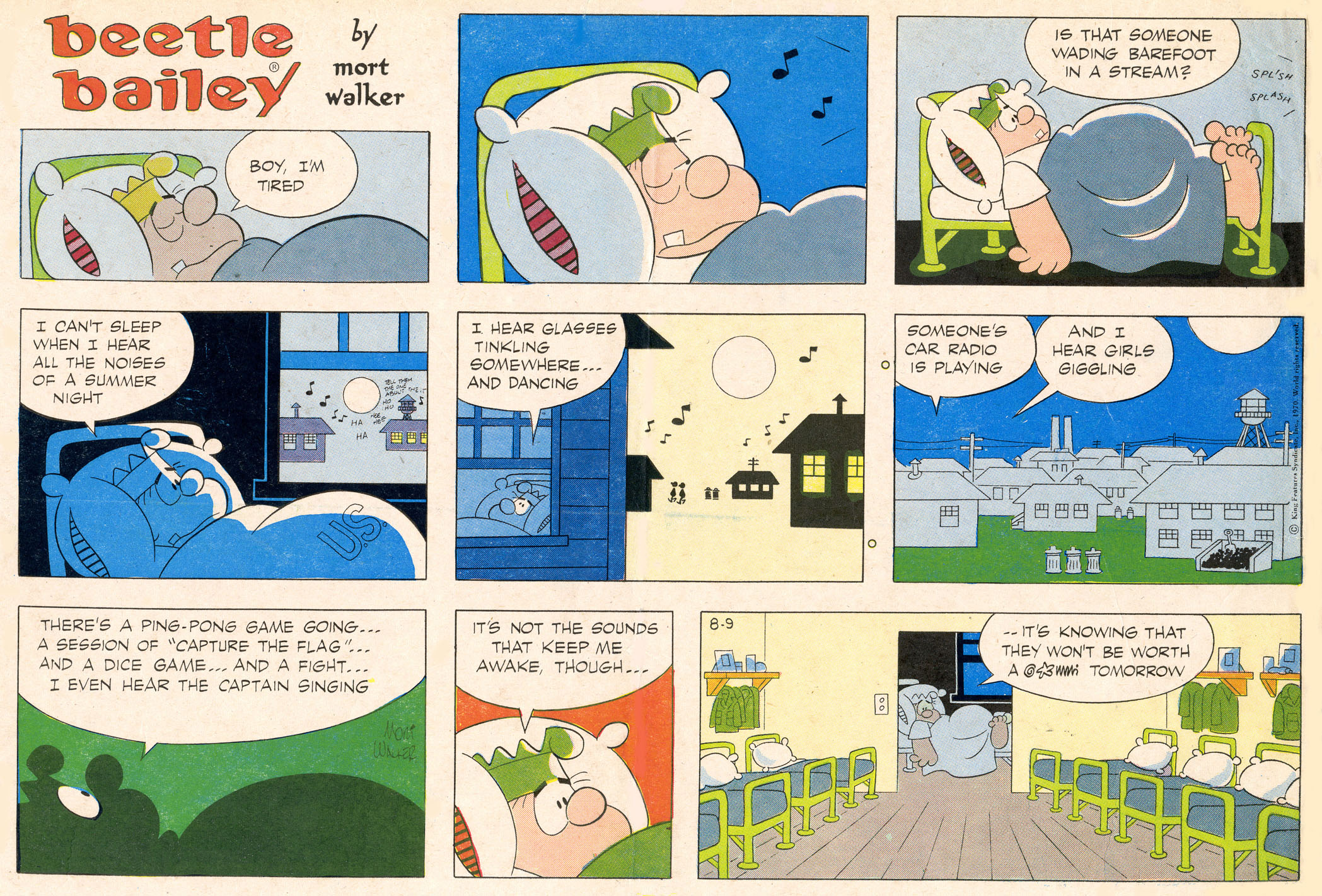 From 1964 to 1974 Sergeant Snorkel had seventeen fantastic dreams that were featured in a series of Sunday pages. Most of these episodes involved Sarge falling asleep after eating too much pizza and having fantasies about being a superhero, playing professional sports, traveling back in time or other similar scenarios.

Between July 28 and December 12, 2016, we posted all of the “Sarge Dreams” Sunday pages in full color (except for the first one) as well as two contemporary examples, at BeetleBailey.com. This was the first time many of these episodes were reproduced since their original publication.

In the episode above, Sarge suffers from insomnia. He is having trouble sleeping because he can hear the men engaged in various activities around the camp. These are described by Sarge as he talks to himself rather than shown graphically. This allows the reader to imagine what these scenes might look like, which can be an effective technique for storytelling.

In the last panel Sarge uses a series of symbols to remark about what the men will be like the next day after staying up all night. In his 1980 book The Lexicon of Comicana, Mort Walker explained the function of these symbols. “Even in today’s permissive society many four letter words are not permissible in the comics. Profanity may be used in other sections of the paper but people feel that, since children read cartoons, the comic section should be inviolate.”

Next week we will be moving on to 1971 in our Timeline series so check back here for the next post.