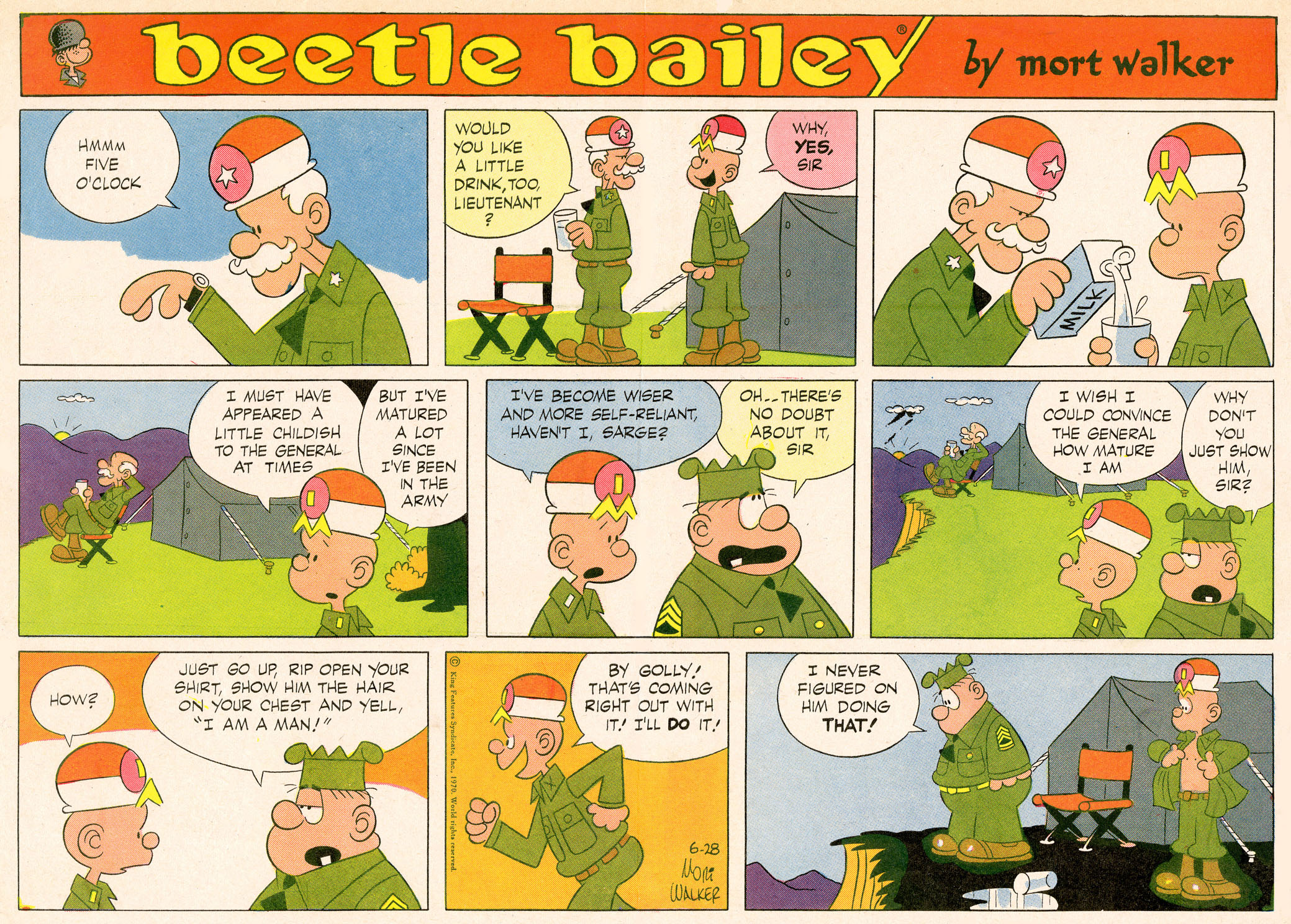 In the Best of Beetle Bailey, Mort Walker remembered his time in the army. “Little did I know when I was drafted in 1942 that I was going to get almost four years of free research. I had no idea or ambition at that time to do an army comic strip but I was constantly sketching and trying to capture the humor that was so prevalent in army life.”

“The army thoughtfully sent me to a number of places so that my experiences would be broadest,” Mort continued. “I was in the Air Corps, Signal Corps, the Engineers, the Infantry, Ordnance, Intelligence and Investigating and had amphibious training with the Navy. I ended up in charge of a German prisoner of war camp. I was a private, a corporal, a sergeant and a lieutenant and I was a goof up in every rank.” 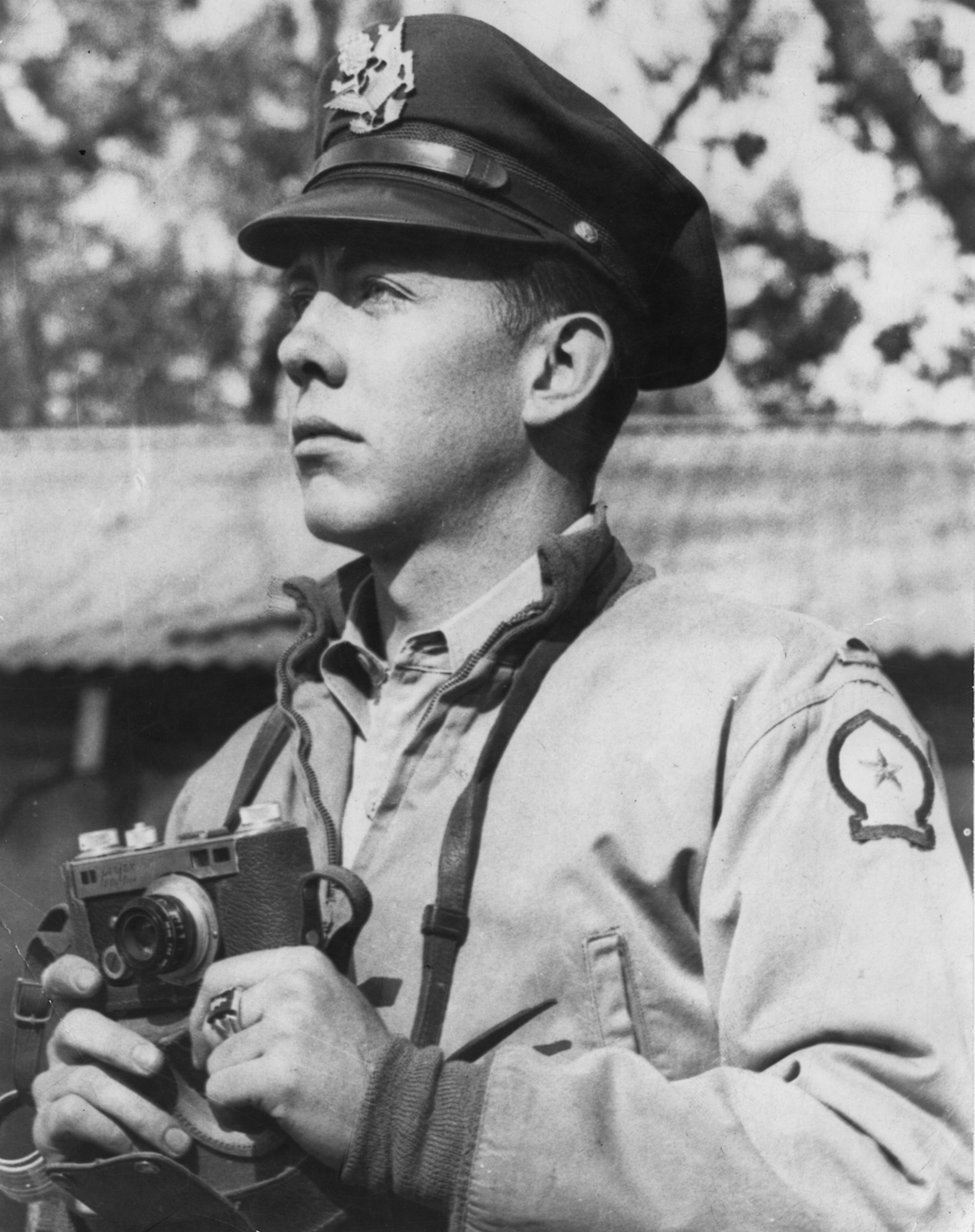 Photo of Mort Walker in Italy during World War II.

He also became the inspiration for one of the characters in Beetle Bailey. “When I wanted a young neophyte lieutenant I thought back on all the dumb things I did as a twenty-year-old shave tail and created Lt. Fuzz.”

The classic Sunday page above, starring Lt. Fuzz, shows that Mort was still able to laugh at his former self many years later.