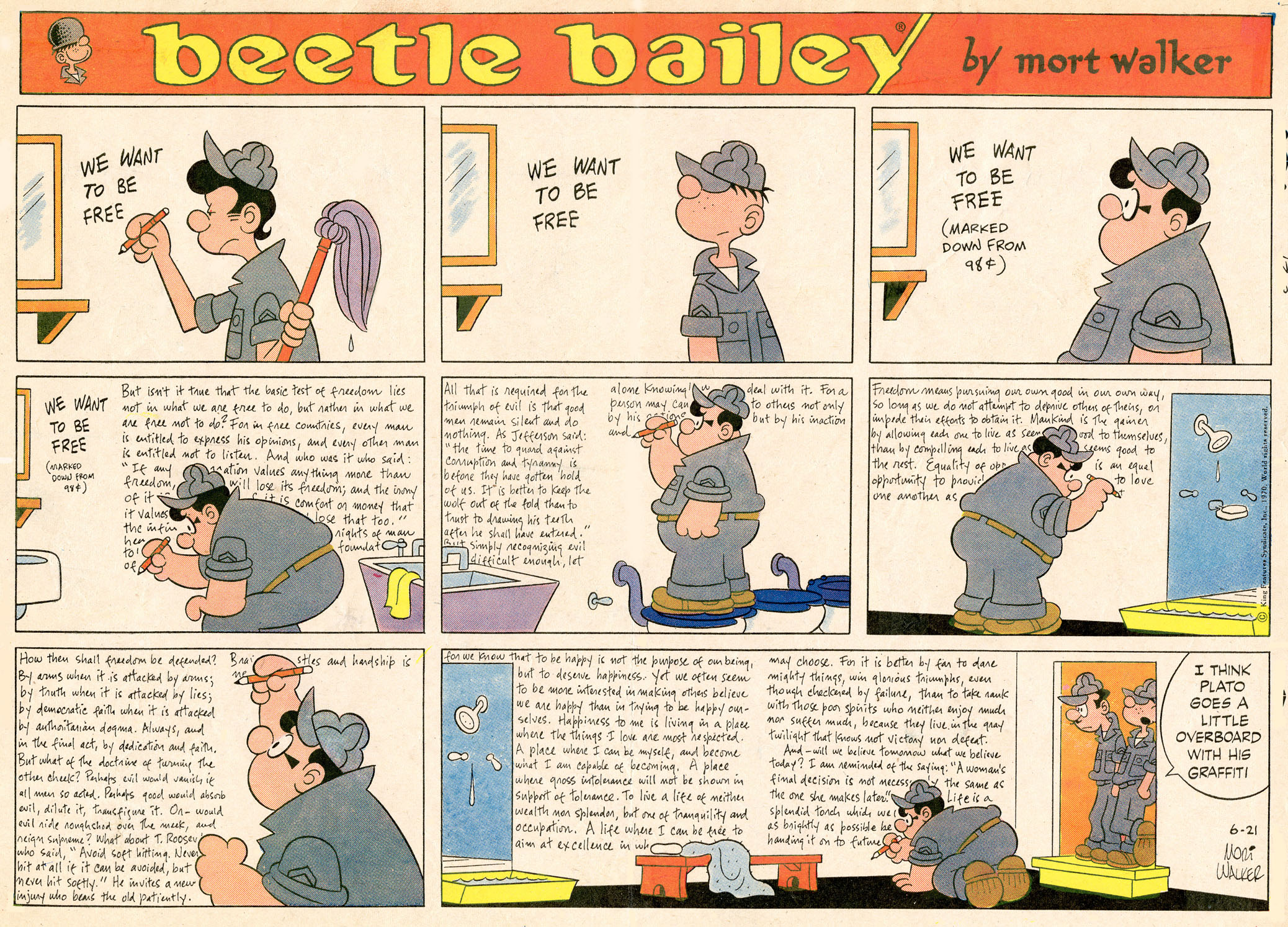 In 1984 Mort Walker mused about “Philosophy in the Comics” in The Best of Beetle Bailey. “Al Capp once said, ‘You can’t draw a picture of a dog without making a statement on the condition of dogs.’ All cartoons therefore contain observations on mankind and society. Some cartoons are just more obvious in this regard.”

Graffiti is a term used to describe writing or drawing that has been scribbled or painted on walls or surfaces in public view. It has been around since ancient times but in the 1960s and 1970s, spray-painted graffiti with social and political messages became ubiquitous, particularly in urban environments.

Around this time, Plato, the most intellectual member of the Beetle Bailey cast, started writing his thoughts on the walls at Camp Swampy. The Sunday page above is an early example. You might have to enlarge the image to read all of Plato’s ramblings.

A year later, Zero got into the act with some of his innocent insights. 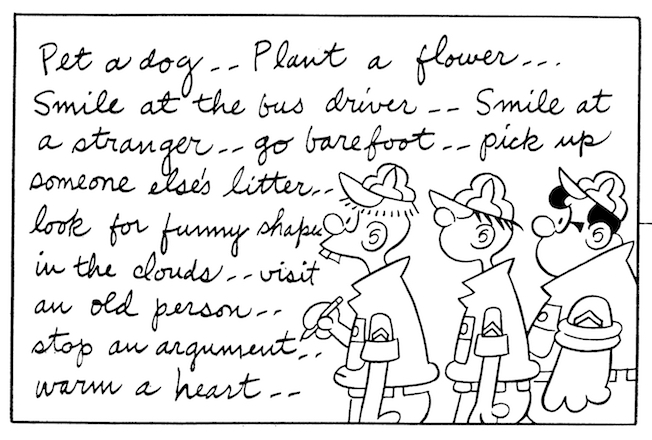 During America’s Bicentennial year, Plato made a patriotic statement about the flag that was reprinted widely.

Plato continues to share his philosophical musings in the strip. 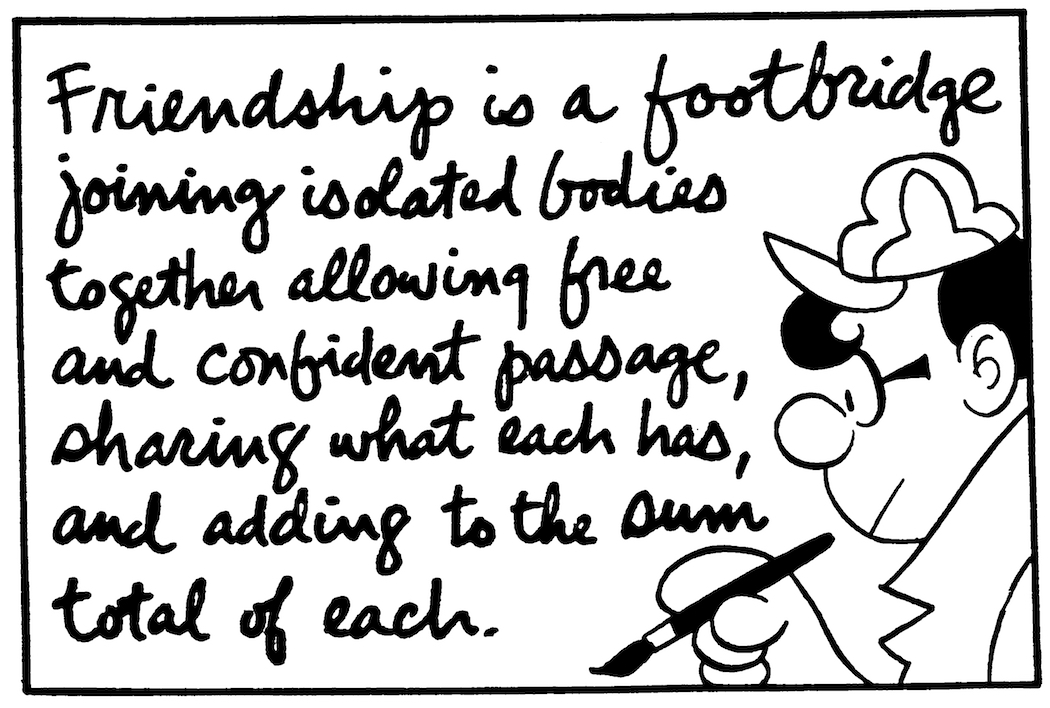 We will be featuring more classic episodes from the 1970s in our Timeline series so check back next week.