As the saying goes, “If you can’t take the heat, get out of the kitchen.” The episode above shows how Cookie solved that problem

In the 1986 book, The Best of Beetle Bailey, Mort Walker wrote, “Cookie is a summation of so many army chefs I was victimized by. They were a bunch of slobs whose main talent was making you lose your appetite.”

Like most of the characters in Beetle Bailey, Cookie took time to evolve. Here is the first appearance of a cook at Campy Swampy.

For the next year and a half, he was just called “the cook.” Finally, in this strip, he got a name for the first time.

Later on, he got a chef’s hat that made him look more distinctive. Here is his definitive look from 1962. 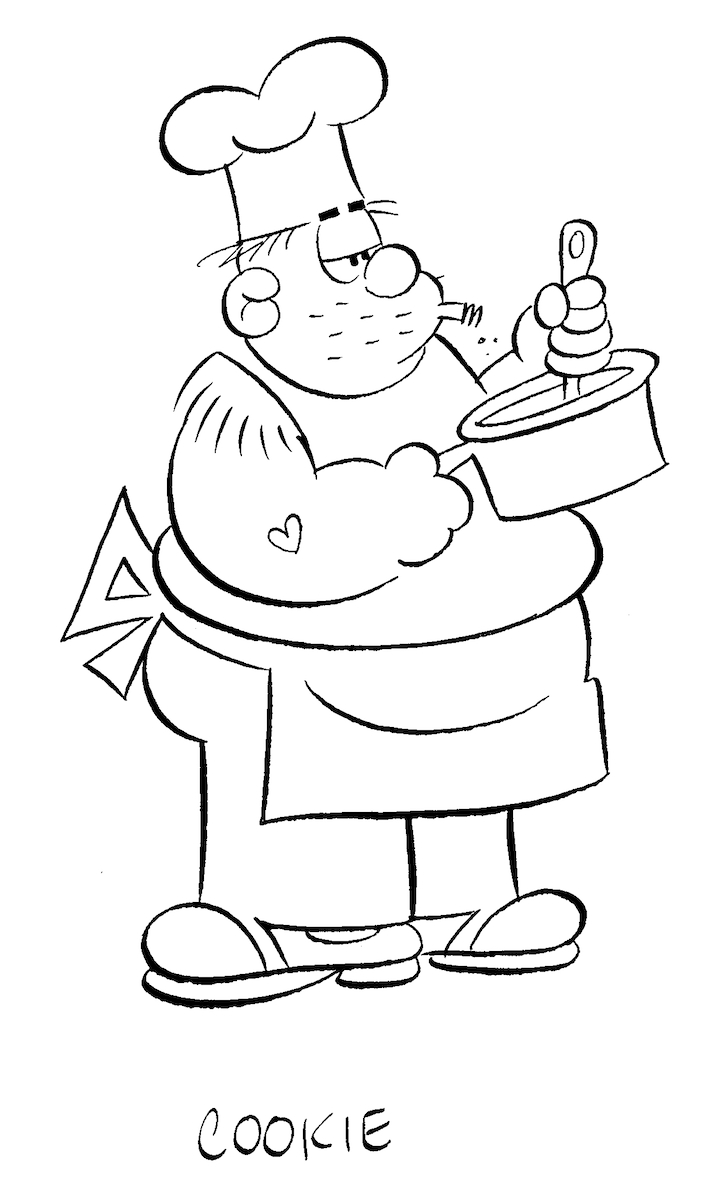 Cookie is still one of the main characters in Beetle Bailey. His meals often elicit a “yuk” from the men. When his culinary skills are criticized, he sulks on the roof of the mess hall. Although Mort often begs for “no more meatball gags!” we still keep coming up with them. This just proves that everyone relates to food and bad cooking can be funny.

Next week is the last installment from 1969 in our Timeline series, so be sure to check back.