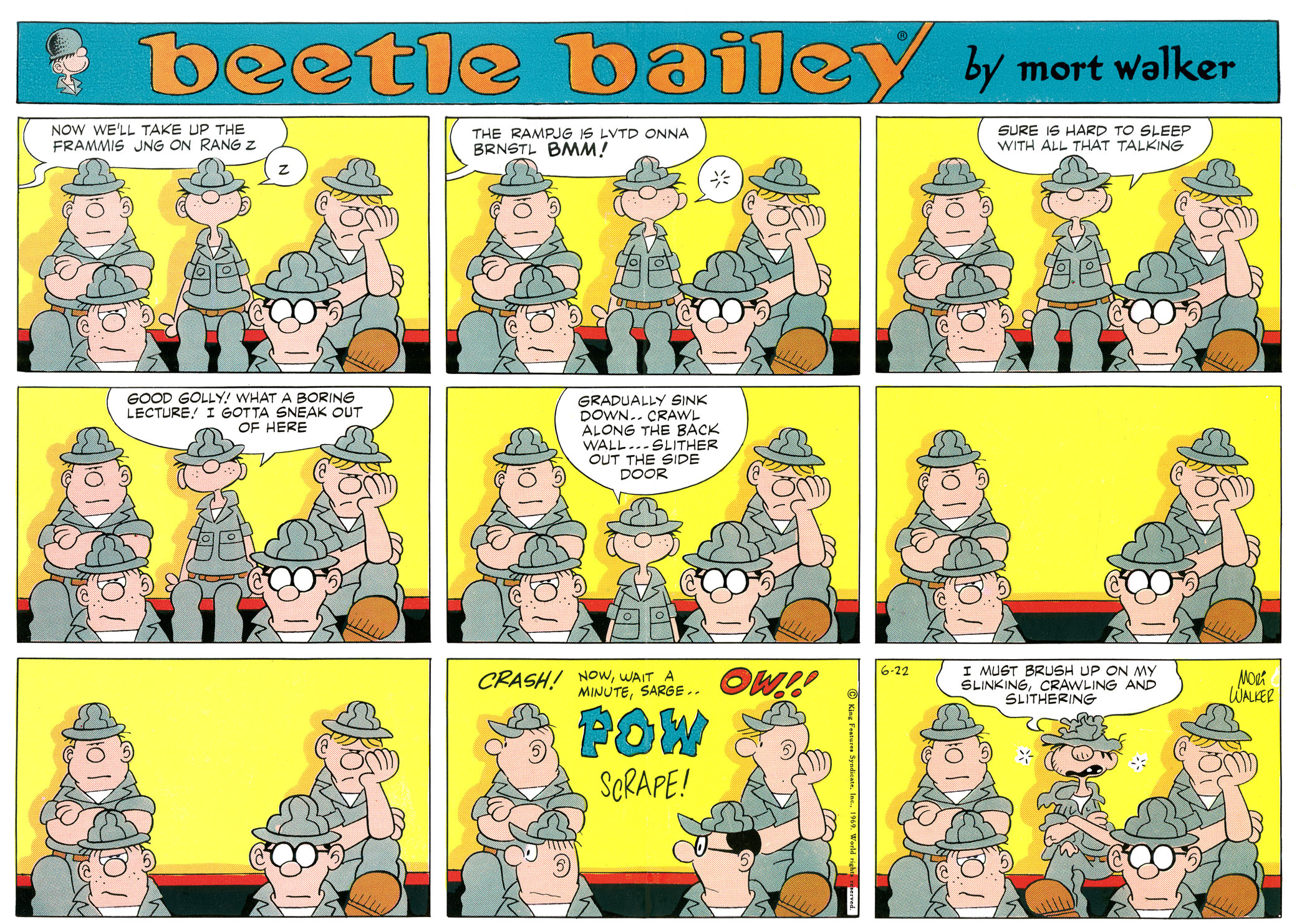 One of the questions cartoonists are most frequently asked is, “Where do you get your ideas.” In his 1975 autobiography, Backstage at the Strips, Mort Walker attempted to respond to his readers’ curiosity about the creative process.

“Over the years I’ve devised many ways of developing gags,” he wrote. “The obvious way is simply sketching funny pictures and putting words around them.”

“A lot of gags are just visual tricks,” he explained. The Sunday page above is an example of one of these tricks, known as a “wallpaper gag.” The visual repetition helps set up the joke. The action happens “off stage.”

“Most of my humor comes from observing people,” Mort continued. “I think the reader enjoys seeing himself and his friends on the comic page. I try to create recognizable characters based on someone I’ve known.”

“For instance, Beetle was a college friend who was either innocently causing havoc or sleeping. The only person I ever saw who could sleep during a pep rally.”

Or a boring lecture.

Next week we will be continuing our Timeline series from 1969, so check back for more.