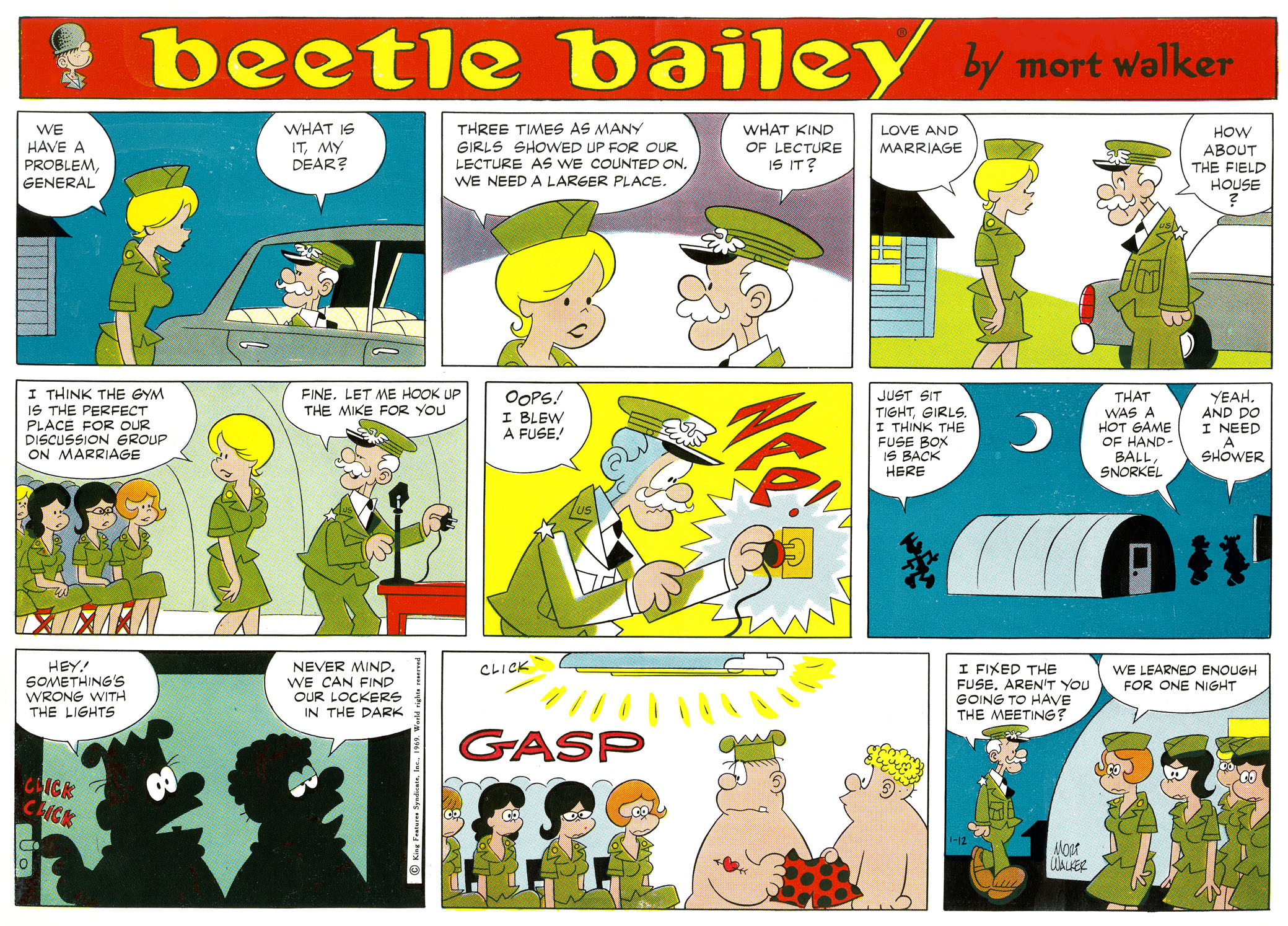 The Women’s Army Corps, the women’s branch of the U.S. Army, was established in 1942 as an auxiliary unit and upgraded to full status in 1943. Female G.I.s were often called “WACs” and performed a variety of duties. In 1978, the Women’s Army Corps was phased out when female units were integrated with the male units. Women were not allowed to serve in combat situations until 1994.

The only regular female characters in Beetle Bailey are the secretaries Miss Buxley and Ms. Blips, Sergeant Louise Lugg and General Halftrack’s wife Martha. WACs often appear as secondary characters, as in the Sunday page above.

Graphic sex and nudity is not allowed on the newspaper comic pages. Cartoonists can sometimes get away with partial nudity however. What makes this episode so hilarious is the suggestion of what the women see when the lights go on.

This is the first installment from 1969 in our Timeline series. Check back next week for the next post.