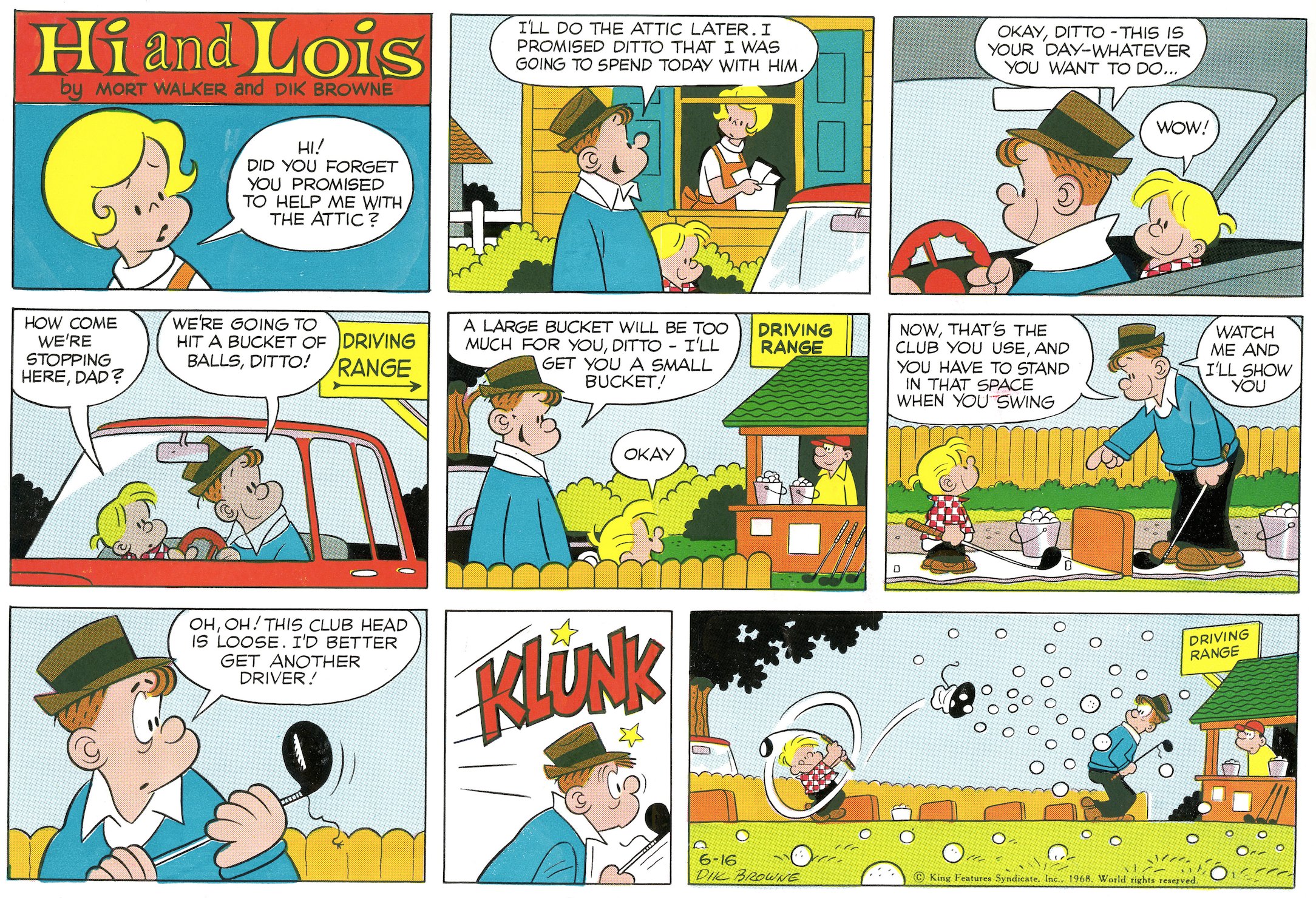 This classic episode features a rare achievement in gag writing – a wordless punch line. The picture in the final panel is not only surprising, it also perfectly depicts Ditto Flagston’s exuberant innocence.

Ditto’s personality continued to develop in the 1960s. In addition to his essential mischievousness, he added many other personality traits. Below are some examples from this period.

Ditto looks up to his older brother Chip and in this strip is eager to hear what the teenagers are talking about.

His love of cookies had become an obsession, so much so that it was difficult for him to comprehend how other people could like eating anything else.

He was also getting clever at diverting attention from his misdeeds.

When it came to stealing cookies, he had invented his own set of rules.

Ditto has gone in many new directions over the years but, like most comic characters, he has also remained the same age.

Next week our Timeline series will be moving to 1969, so be sure to check back here for more great color Sunday pages from our archives. 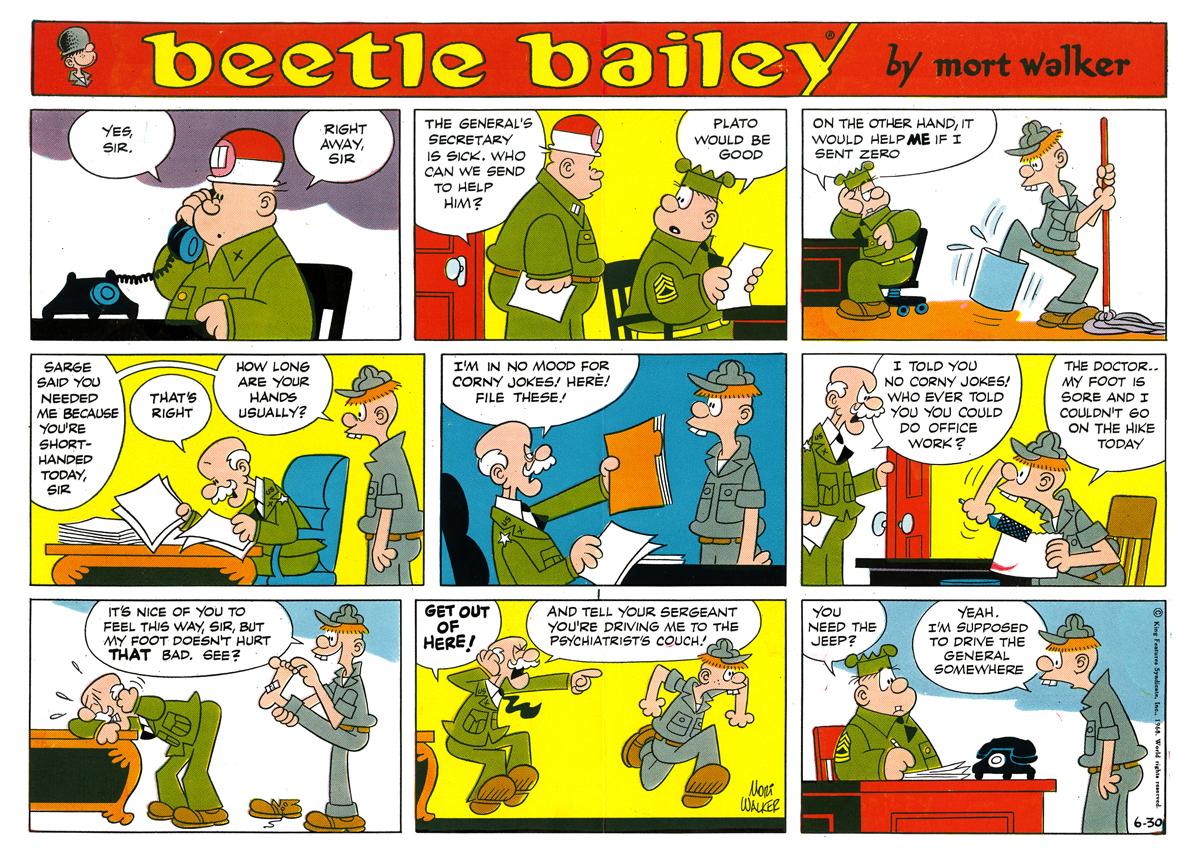 In this episode, General Halftrack becomes increasingly exasperated with Zero’s cluelessness. Mort Walker once described Zero as “an innocent young farm boy as sweet, honest and unsophisticated as an ear of corn.”

The ways in which Zero misinterprets orders or misunderstands common phrases are innumerable.

In this strip he follows Sarge’s instructions a little too exactly.

Here he just can’t find the right answer to Beetle’s riddle, but will never give up trying.

It’s easy for Sarge to trick him into thinking that getting assigned to K.P. duty is hilarious.

In this strip, one of my favorites, he attempts to imitate Killer’s seduction line but manages to get a different result.

There are many, many more examples of Zero’s gaffs in our archives. We will share some of the classic ones in future posts.