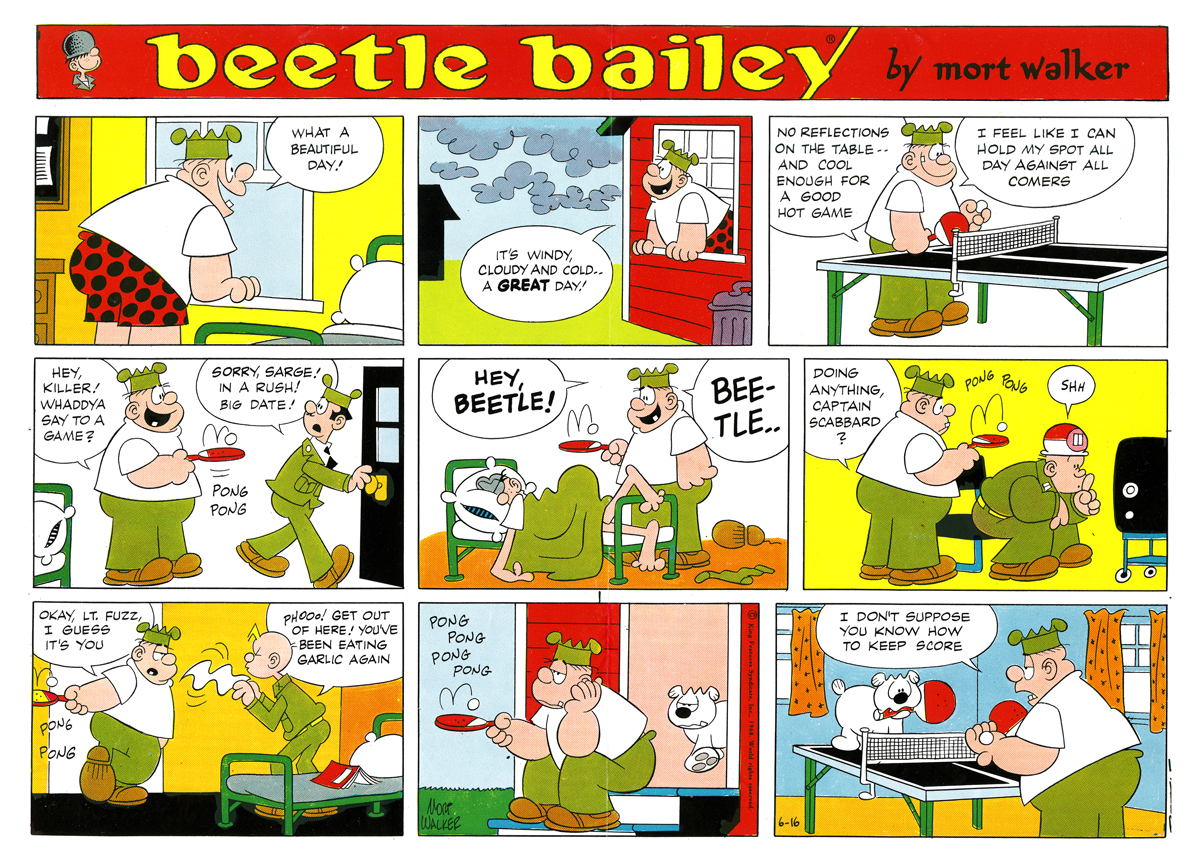 Jerry Dumas began working as Mort Walker’s assistant in 1956. He described their daily routine at Mort’s home studio during the 1960s in a 2010 interview.

“Mort was always very easy to be with. It didn’t make any difference if I showed up at 9:30 or 10 or 10:15. He would always be there at 8:30 in the morning, quit promptly at 5 o’clock – business hours – and I was free to come and go more or less as I pleased, as long as the work got done and the work always got done.”

“We’d go down to the kitchen at the same time every day and have almost the same lunch – a bologna sandwich with mayonnaise, a cup of tea or instant coffee, two Oreo cookies and an apple. Then we’d go down in the basement and play 4, 5, or even 6 games of ping-pong. Mort was really good and I was really good. We had some torrid games and I would sweat like a mad man. I can remember spraying my whole side of the table with perspiration. My shirt would be soaking wet and that’s when I began bringing an extra shirt to Mort’s house. We would play ping-pong in the basement every day and go back up to the studio and work until 5 o’clock.” 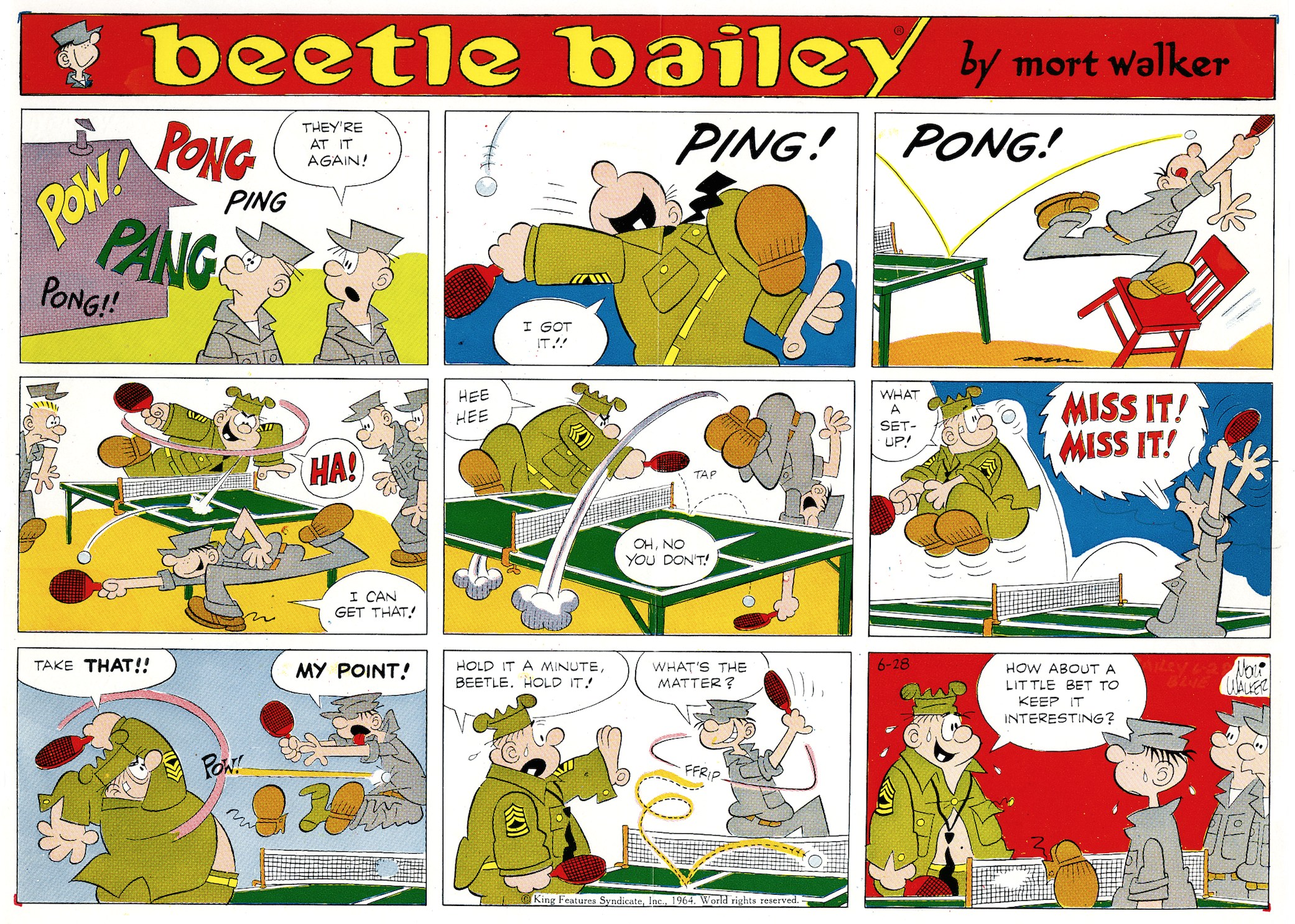 The two Sunday pages shown here were done during this period and reveal the intimate appreciation the Beetle Bailey creators had for the game of ping-pong.

Come back next week for the final installment from 1968 in our Timeline series.