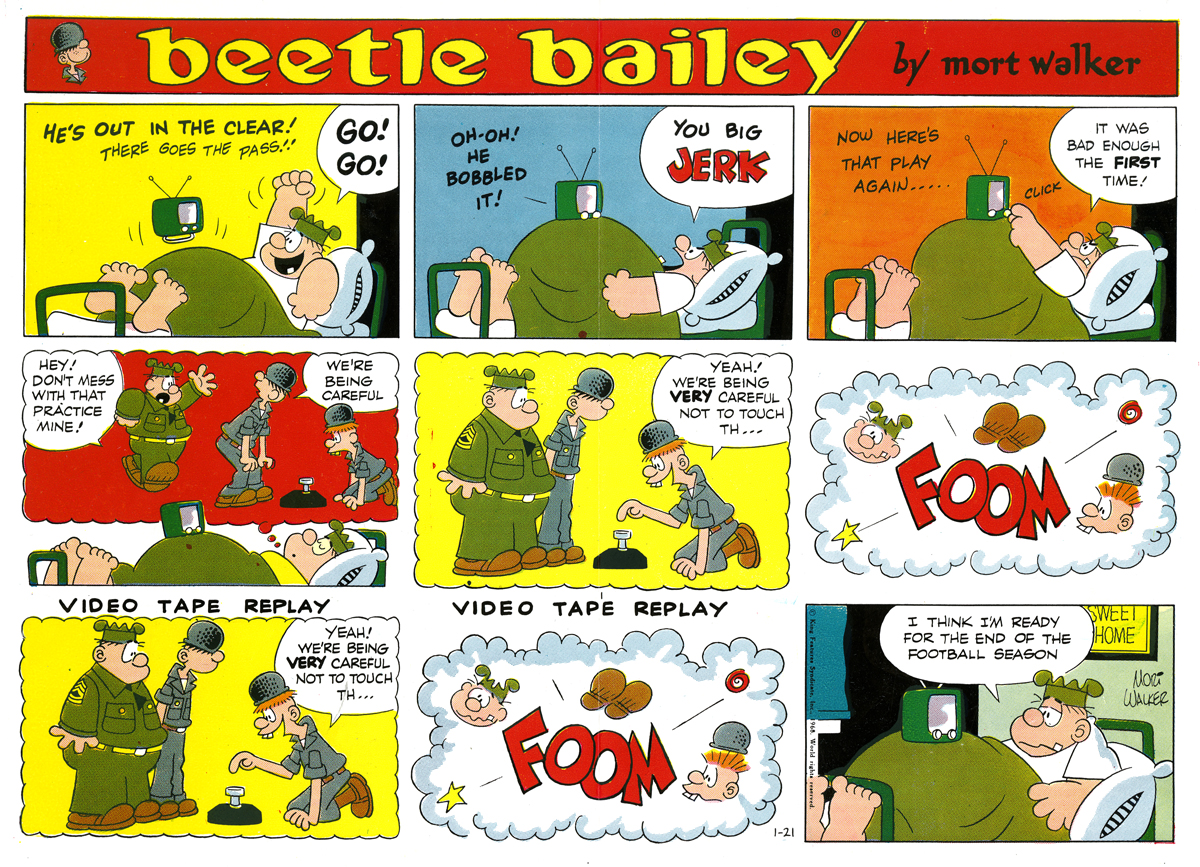 The first time video instant replay was used in a sports telecast was during the Army Navy football game on December 7, 1963. This annual match-up had been delayed because of the assassination of President John F. Kennedy on November 22.

Technical difficulties prevented CBS from using the new gimmick until the end of the game. After the Army quarterback scored a one-yard touchdown, they showed the same play a second time. Viewers were confused and the CBS phone lines were swamped with calls. Commentator Lindsey Nelson had to offer an explanation to the television audience, “Ladies and gentlemen, Army did not score again!”

Instant replay soon became a fixture on all types of sports broadcasts and other tricks were soon added, including slo-motion and freeze frame. Video replays are now used by officials to review plays and change rulings.

In the Beetle Bailey episode above, Sarge is getting frustrated watching a football game in bed and has a dream about Zero repeating the same mistake. This is a variation on the “Sarge Dreams” series that has been documented in previous posts.

We hope you have enjoyed this Sunday page from our archives and will come back next week for more in our Timeline series from 1968.