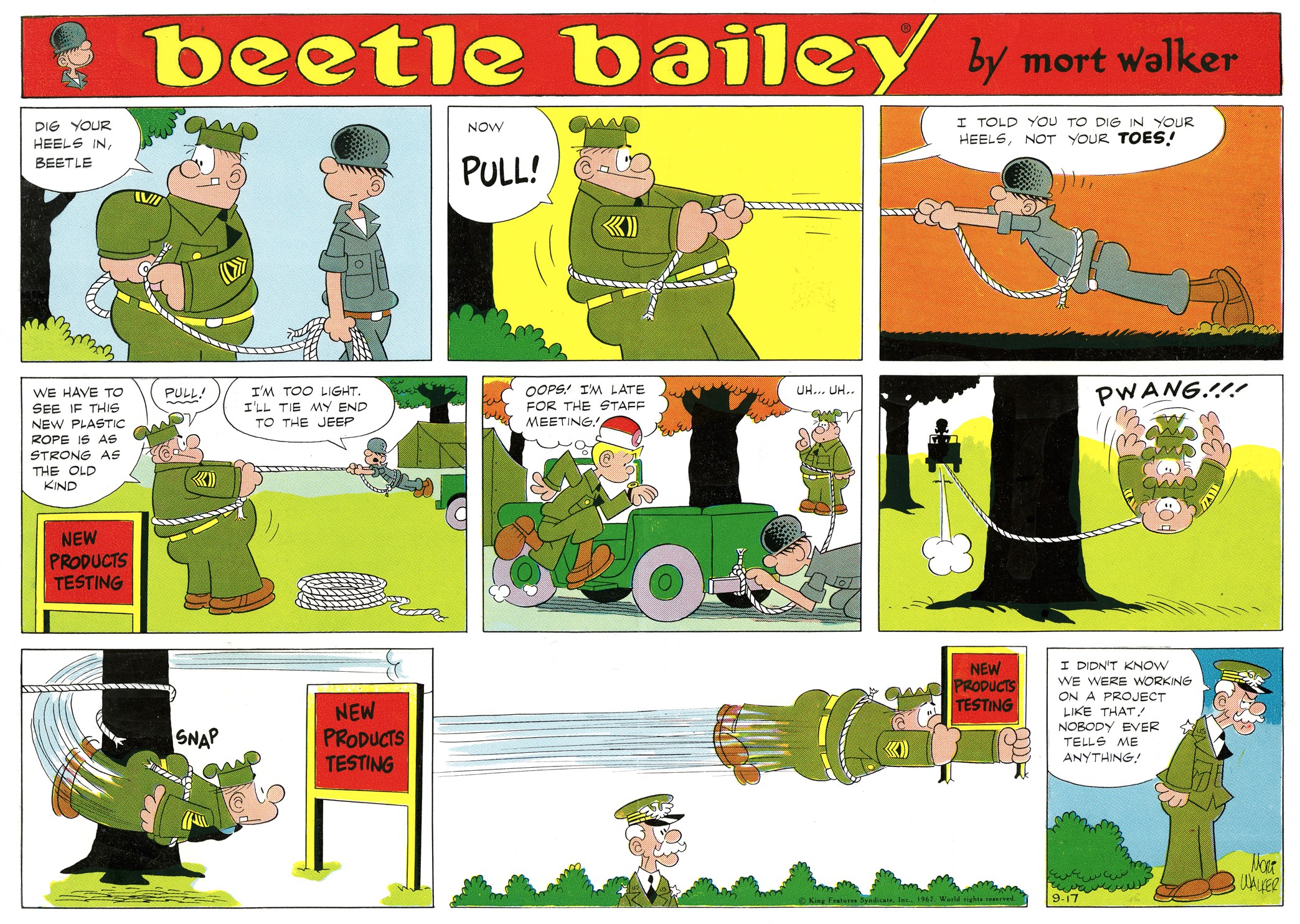 The question that readers most often ask cartoonists is, “where do you get your ideas?” There is no easy answer.

Jerry Dumas, longtime gag writer for Beetle Bailey, described his process for an article in 1984. “So we each sit in our homes, studying blank sheets of paper. We keep trying to think of a combination of words and pictures nobody has ever done before. We try to think of a ridiculous, preposterous picture, an absurd situation, something that would be the direct result of a character’s previous action. But the first two panels must be believable. If it sounds or looks contrived, the reader will not believe the conclusion, and the gag will be second rate.”

This line of reasoning might help to explain the wild sequence of events in the Sunday page above. Sarge and Beetle are testing a new plastic rope. That’s plausible. But what happens when Beetle ties his end of the rope to the bumper of Lt. Fuzz’s jeep leads to a series of actions that stretch the limits of believability. The penultimate panel is hilariously visual and the General’s deadpan reaction in the final panel brings the situation back to reality. The result is a first-rate gag.

We will be continuing our Timeline series next week so be sure to come back for more.