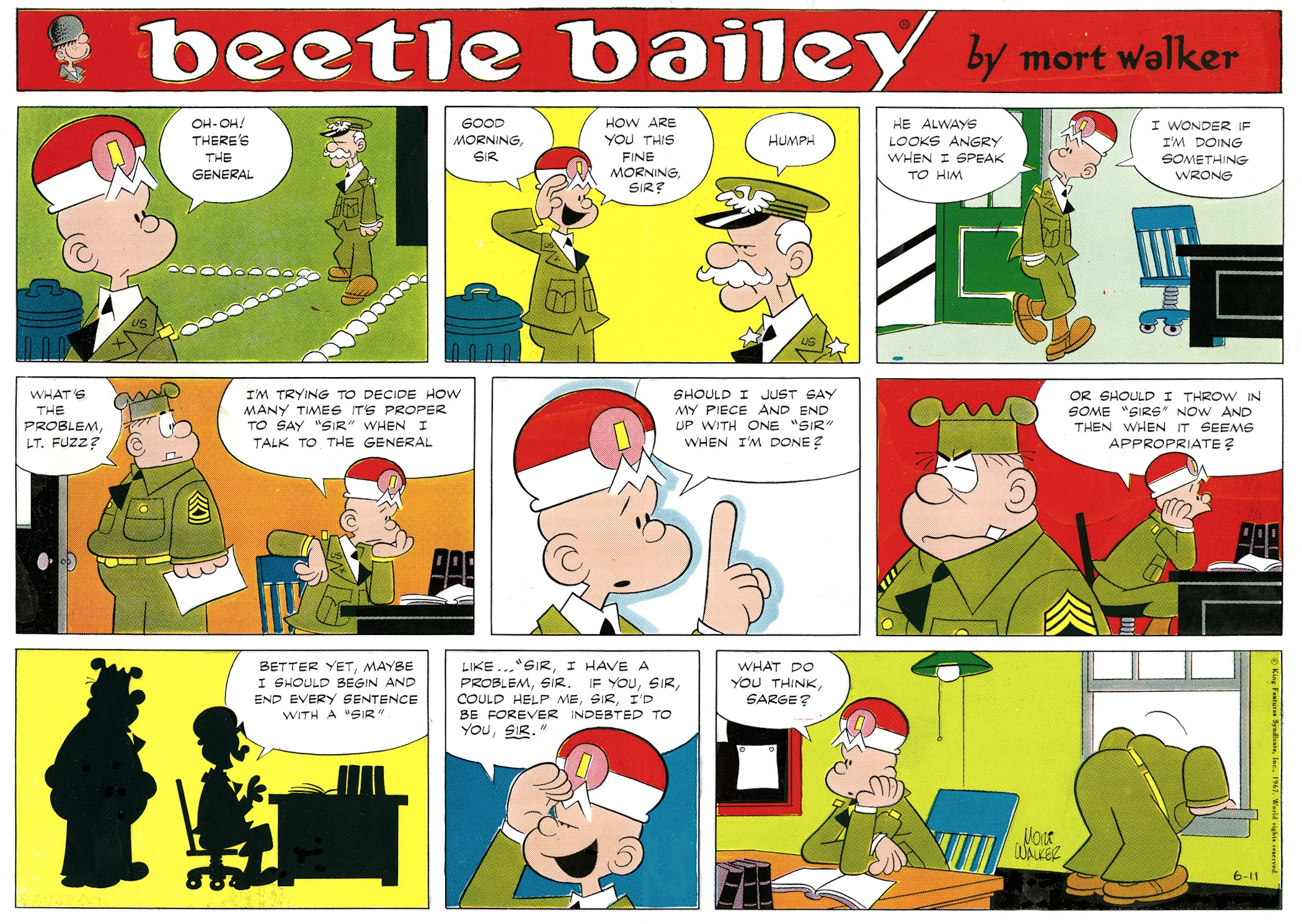 Sergeant Orville P. Snorkel and Lieutenant Sonny Fuzz share an office. They have very different personalities. This creates a tense atmosphere that is an ideal set-up for gags. The Sunday page above is a good example of their relationship. It ends with Sarge doing something that can’t be shown in a mainstream newspaper.

The large and varied cast of Beetle Bailey is one of the main sources for humor in the strip. “If nothing else is working at the moment, we just get two characters talking to each other,” explained longtime gag writer and contributing artist Jerry Dumas. “It’s surprising to see where conversations will go, given personalities to work with like Sarge and Zero and General Halftrack.”

Mort Walker claims that he gets most of his ideas from observing people. “The main ingredient of humor is the revelation of human nature – its frailties, its reasoning power – and the interrelationships between characters. You can’t have a good story unless you have conflict. You can have violent conflict as in an adventure story, or you can have the conflict of ideas. You can get a lot of gags out of the way people reason and do things. It’s human nature you’re after.”

This approach is a big reason for the success of the strip. It’s a winning formula.

Stayed tooned for more classic episodes from 1967 in our Timeline series.