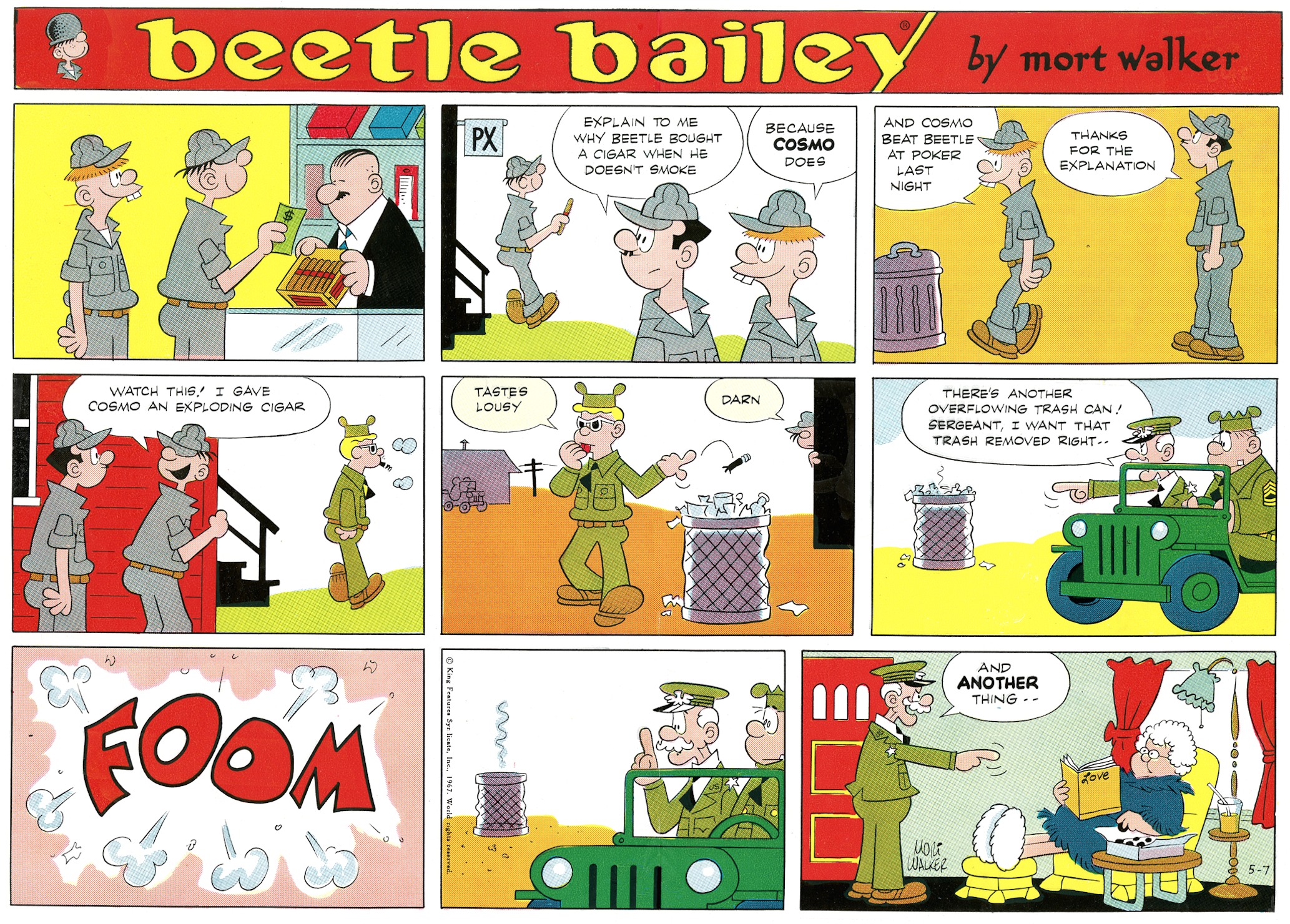 This Sunday page utilizes an old comic device – the exploding cigar. Often meant as a practical joke, these novelty items were usually harmless. A small quantity of explosive chemicals was placed in the tip, which ignited when the cigar was lit.

Here is an advertisement for an exploding cigar from 1917.

They could also be associated with more nefarious intentions. In the 1960s, the CIA allegedly hatched a plot to assassinate Cuban leader Fidel Castro with a deadly exploding cigar.

Here is a MAD cover spoof from that era. 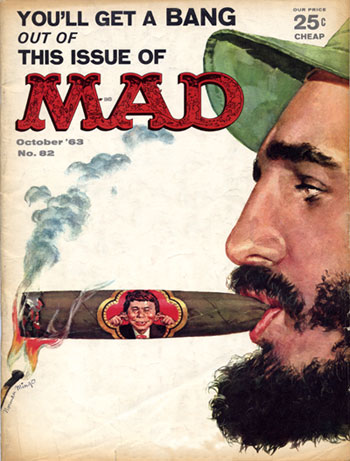 In the classic Beetle Bailey episode above, the gag writers came up with a clever twist on this tired cliché. General Halftrack, who is portrayed as an ineffective leader, mistakenly thinks he has discovered a new superpower with a simple gesture. Predictably, he tries to use it at home where he is most powerless. Although it is hard to believe the General could be that clueless, the whole idea is absurdly hilarious.

This is the first episode from 1967 in our Timeline tries, so come back next week for another installment.