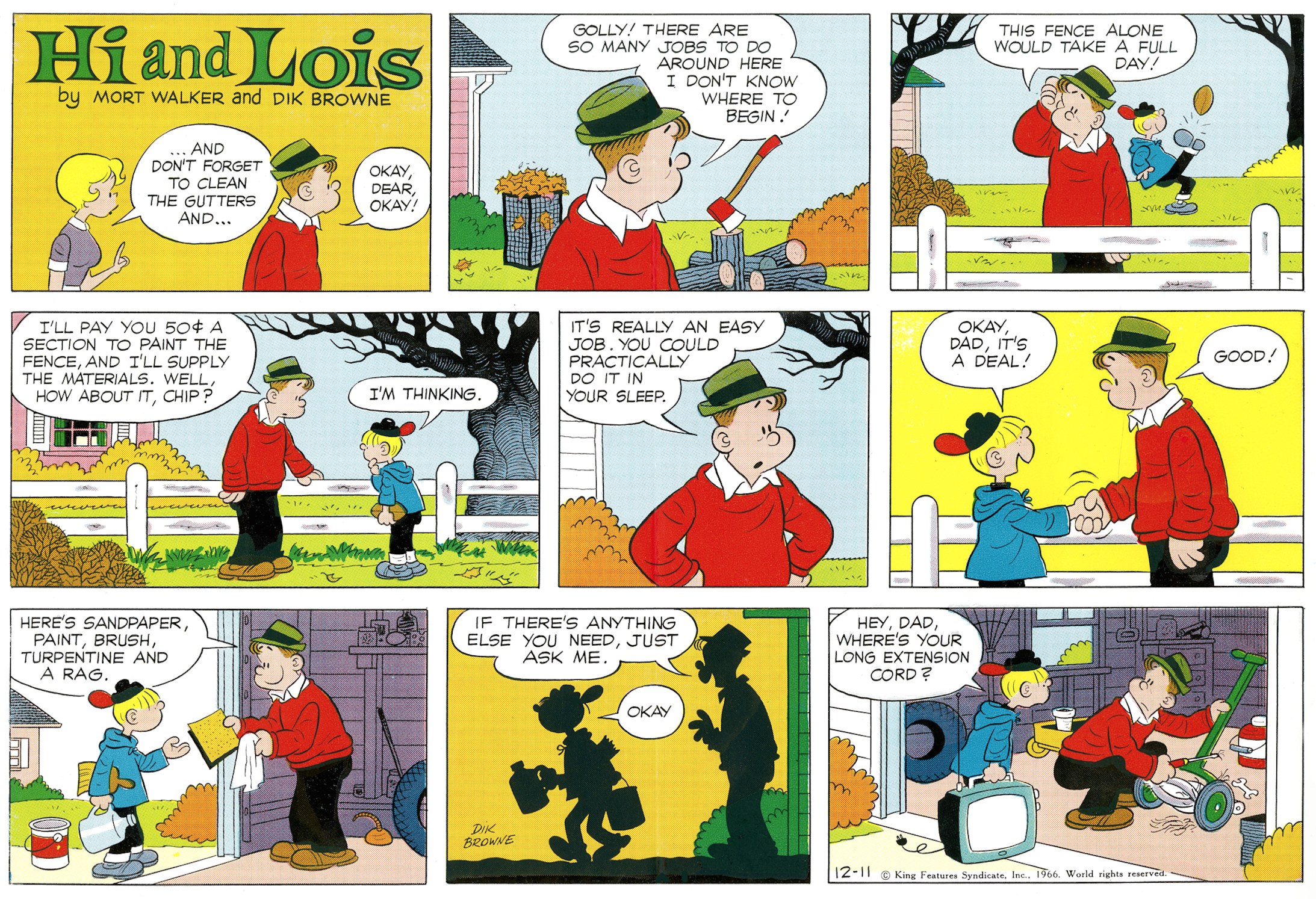 As we chronicled in a previous post, Chip is the only character in Hi and Lois who has aged over the years. When the strip started in 1954 he was around eight, but by the time the Sunday page above was published he was more like thirteen. He is about fifteen in the strip today, old enough to be crazy about girls and rock and roll, but too young to drive, drink or vote.

Here is what he looked like in the early days.

Dik Browne once described Chip as, “either a reformed Huckleberry Finn or a Tom Sawyer gone bad. He’s somewhere in between those two guys surely, but in a modern environment. He isn’t all bad. Anyone would like to have him as a son. He’s a good kid.”

One of the most fertile sources of gag material is Chip’s relationship with his father. Hi tries to teach his son valuable life lessons by giving him responsibilities around the house. Here he offers him a job painting the fence and provides him all the necessary materials to properly complete the task. Of course, Chip, like a typical teenager, doesn’t want to follow strict rules and decides to do it his own way. Hi’s well-intentioned efforts to turn Chip into a man always seem to backfire.

Next week we move on to 1967 in our Timeline series so stay tooned. 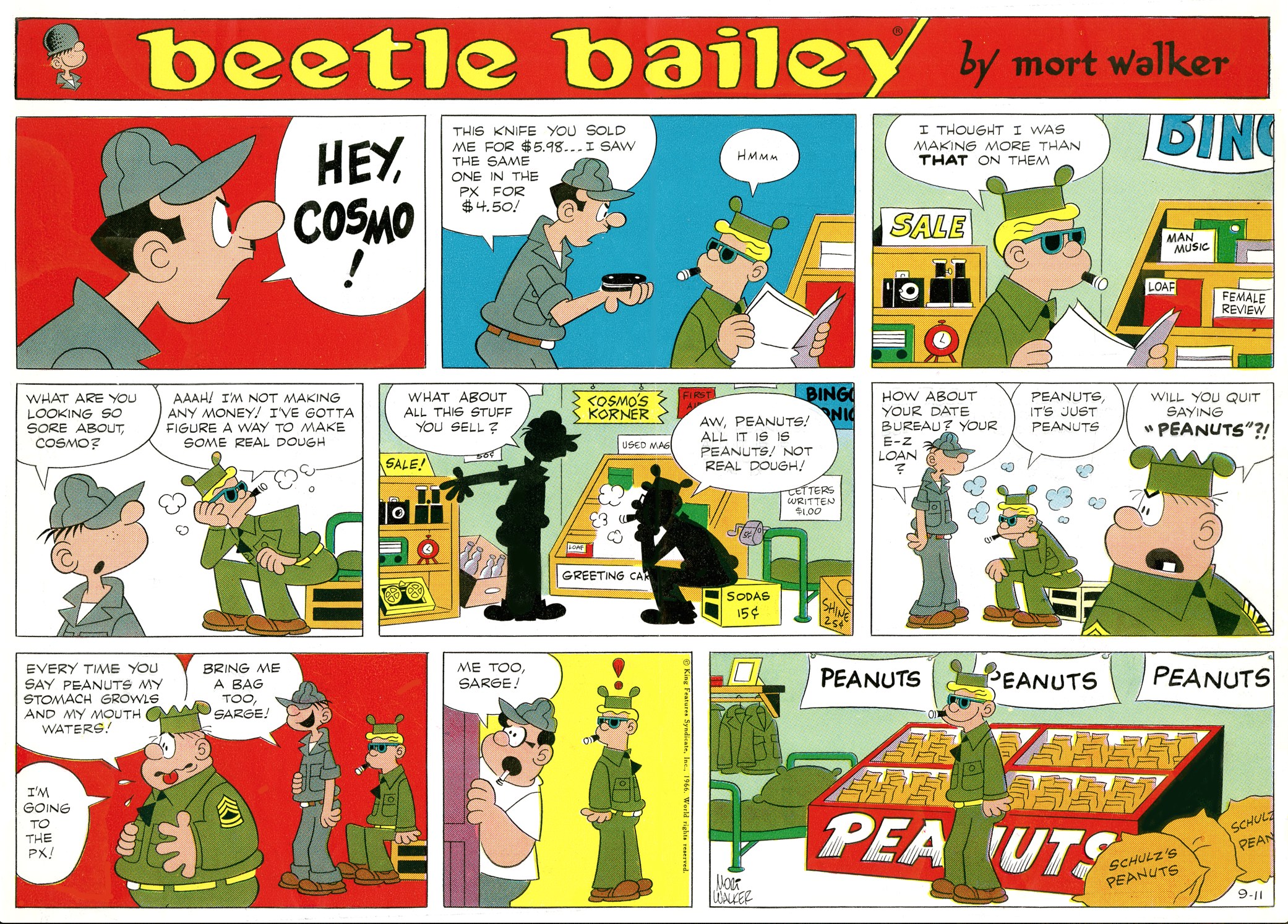 John D. Cosmo first appeared in Beetle Bailey in 1955. He was the camp capitalist who ran his own store, “Cosmo’s Korner,” where he sold soda, cigarettes, greeting cards, music, magazines, and used equipment as well as services like dating advice, loans, letter writing and shoe shines. His role was similar to the one played by Milo Minderbender in Joseph Heller’s classic novel Catch-22, published in 1961. Cosmo was also a pool hustler and a card shark.

In the episode above Cosmo discovers a new way to make money by selling a snack that it is in high demand in the barracks. His store switches over to all peanuts, all the time.

In the final panel, Mort Walker gives a nod to one of his fellow comics creators. We are not sure if Charles Schulz ever acknowledged this tribute.

Next week our Timeline series will move on to 1967, so stay tooned.