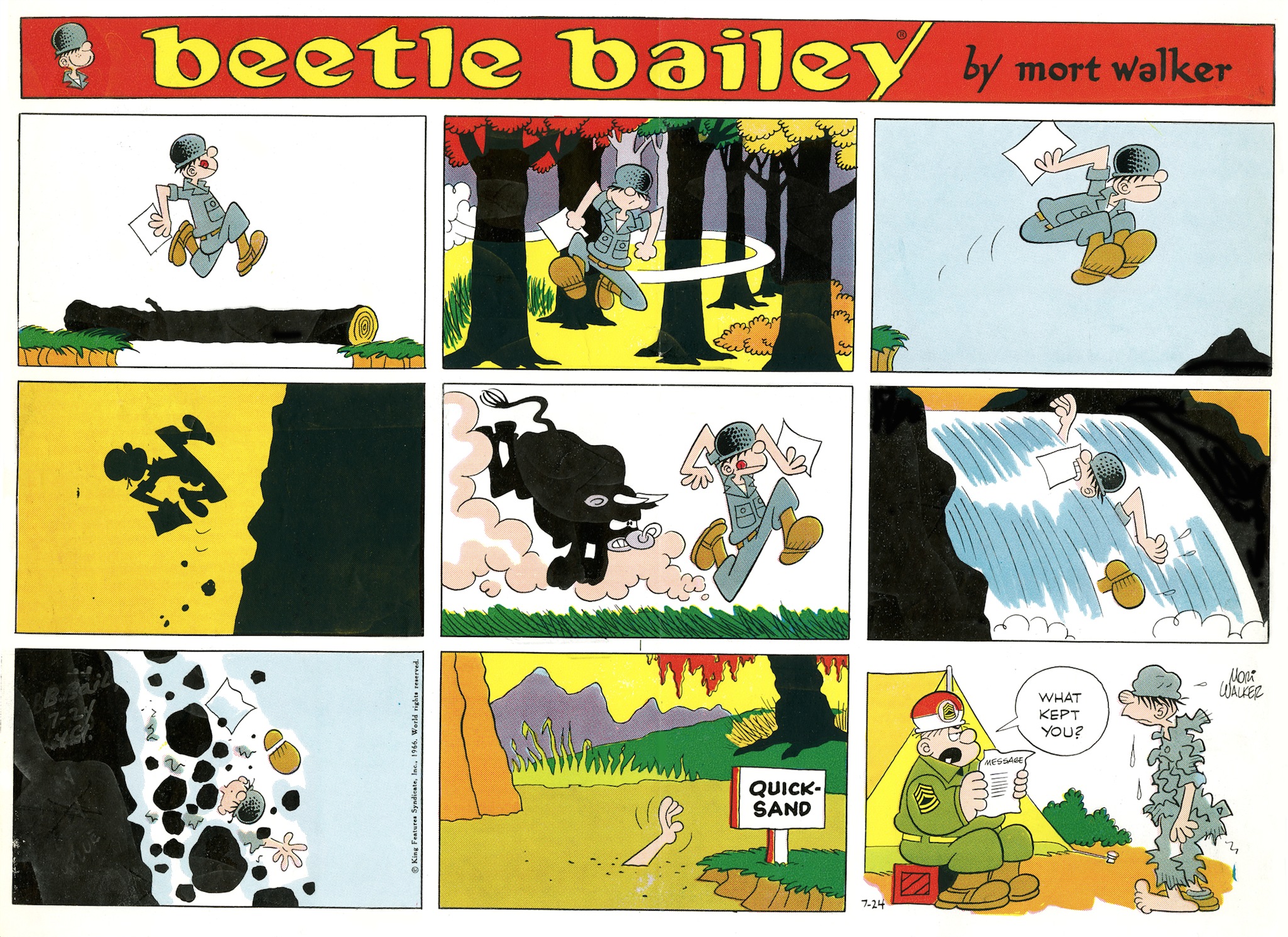 In this classic Sunday page, Beetle delivers a message the old fashioned way – by hand. As the low man on the totem pole at Camp Swampy he frequently has to be a go-between for the higher-ups. He rarely gets any respect even when he does his job beyond the call of duty.

Mort Walker is always encouraging his writers to come up with gags that have “more funny pictures!” The sequence above is essentially nine hilarious visual panels strung together. Each one is a brilliantly designed graphic composition.

Beetle is shown running, swerving, jumping, swimming and falling in a continuous action sequence. The expressions on his face and the way he hangs on to the piece of paper reveal his determination. The dangers he confronts ­– a charging bull, a roaring waterfall, a steep cliff, quicksand – are challenges that are potentially life threatening.

All this leads to his weary and disheveled state in the final panel. He will never satisfy Sarge. Readers love Beetle because they see their own struggles in his failures.

Next week is the final installment from 1996 in our Timeline series, so be sure to come back for more.