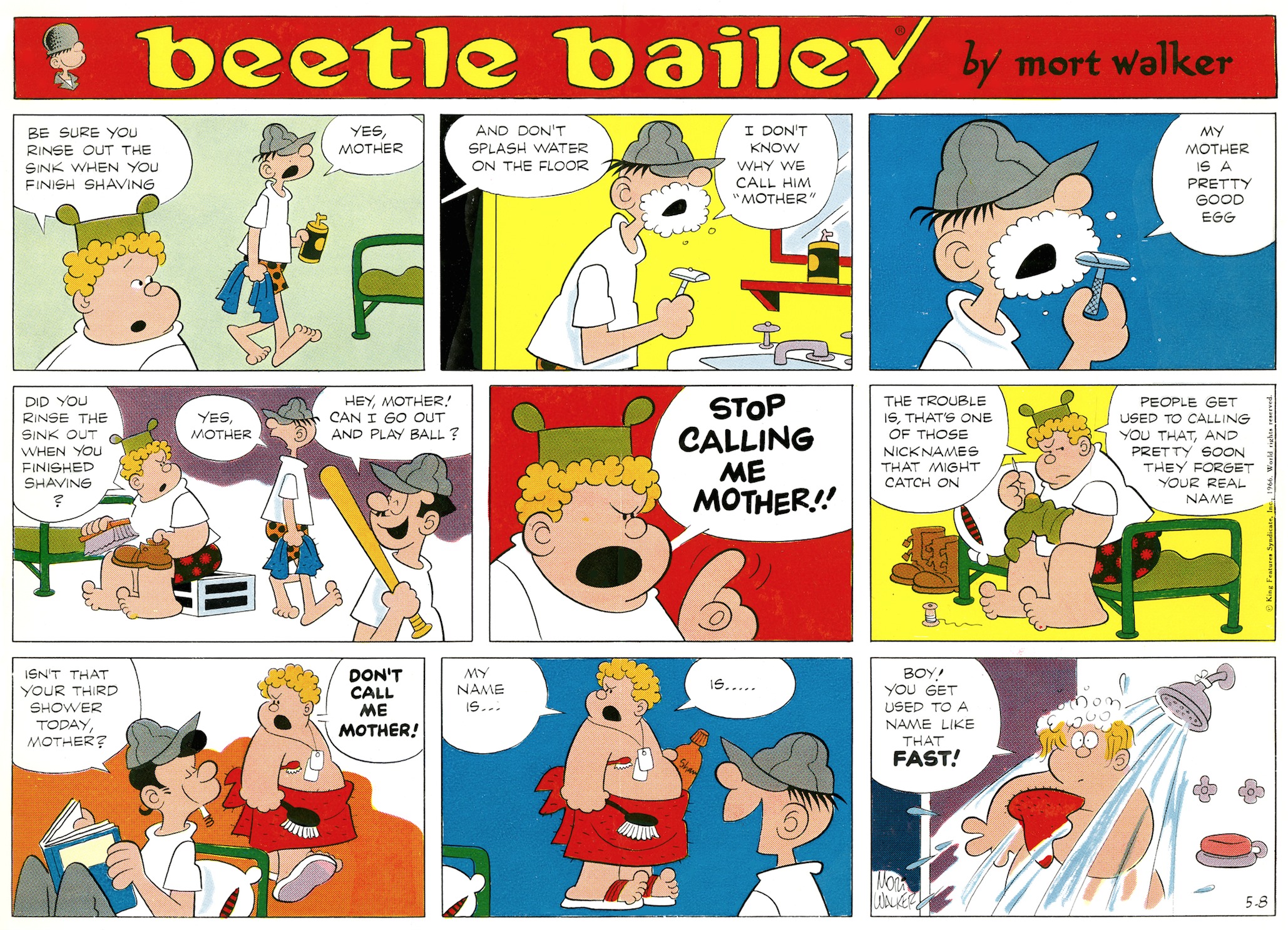 This page stars Julius, a character who was first introduced in the mid-1960s but is rarely seen today. Some readers had the misperception that he was gay. Although he has some effeminate personality traits, his sexual orientation has never been addressed in the strip.

Here is his portrait from a model sheet. 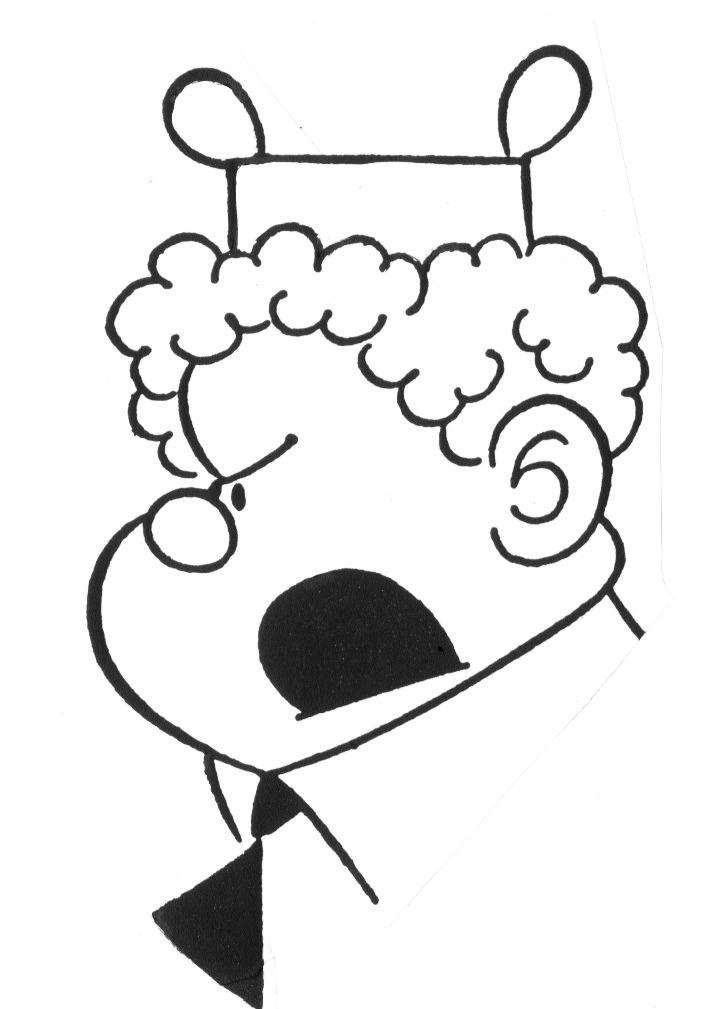 Mort Walker claimed that Julius was patterned after a fussy roommate he once had. “He was always telling me what to do,” Mort remembered. “Open the window, close the window, pick up your clothes and so on. I started calling him ‘mother.’’

The nickname stuck to Julius, as the episode above demonstrates.

In more recent years, Julius’ sole function in the strip is to serve as General Halftrack’s driver. He is still a mama’s boy.

Our Timeline series continues next week with another classic episode from 1966, so be sure to check back in.