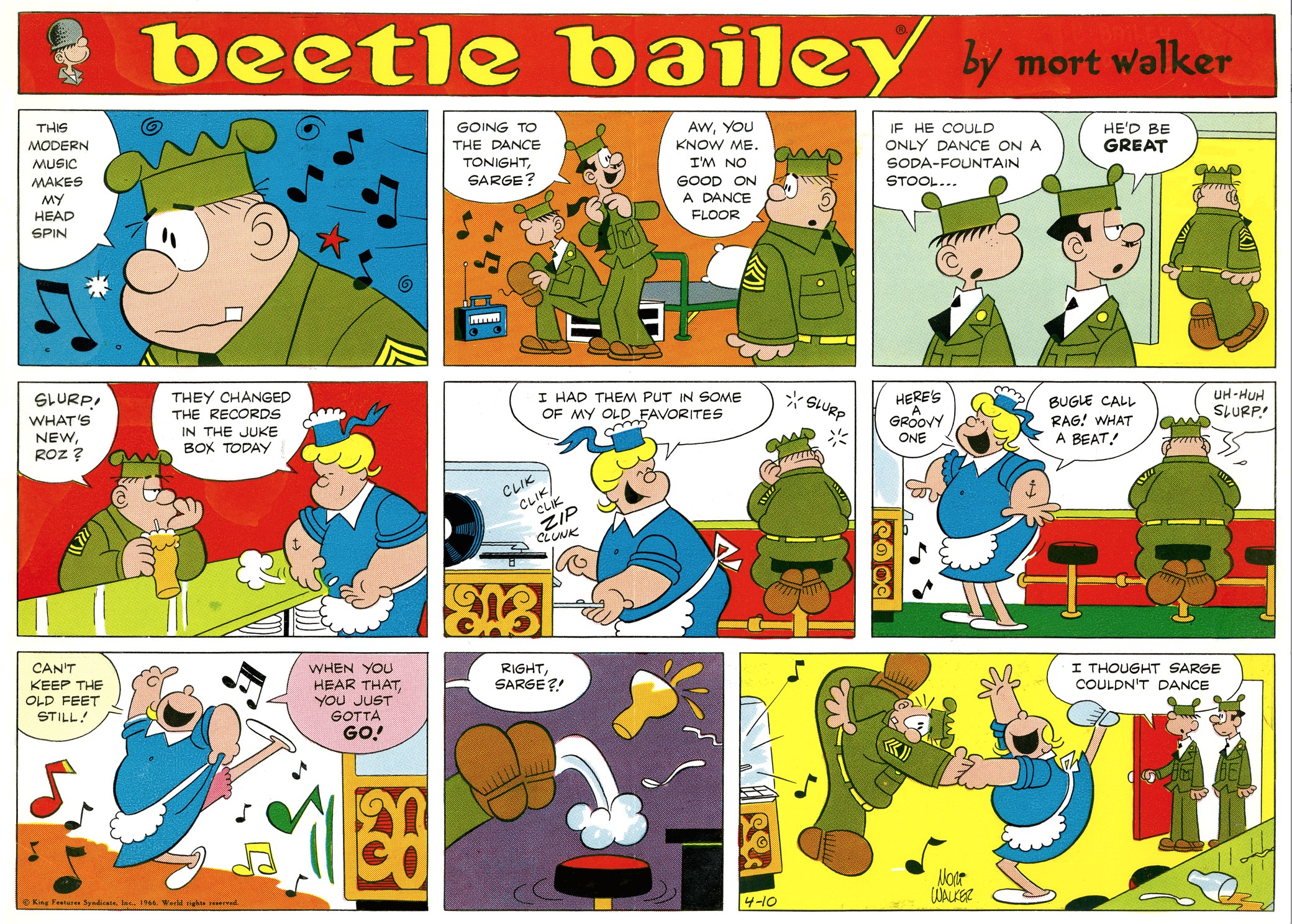 During the 1950s and 60s, Mort Walker tried to introduce a new character every year to help create additional sources of gag material. “Most of my gags are built on the interplay and conflict between characters,” he explained in a 1984 interview. “It began to get confusing with too many characters so I dropped the ones who failed to develop a following.” Among these short-lived players were Ozone, who was dumber than Zero, Moocher, a guy who was always borrowing things and Pop, a married man who was henpecked by his wife after being bossed around by Sarge during the day. They all got the hook.

Another character who no longer appears in the strip is Roz, the waitress at the local soda shop. She got a starring role in the Sunday page above. Below is a sketch of Roz from a 1962 model sheet. 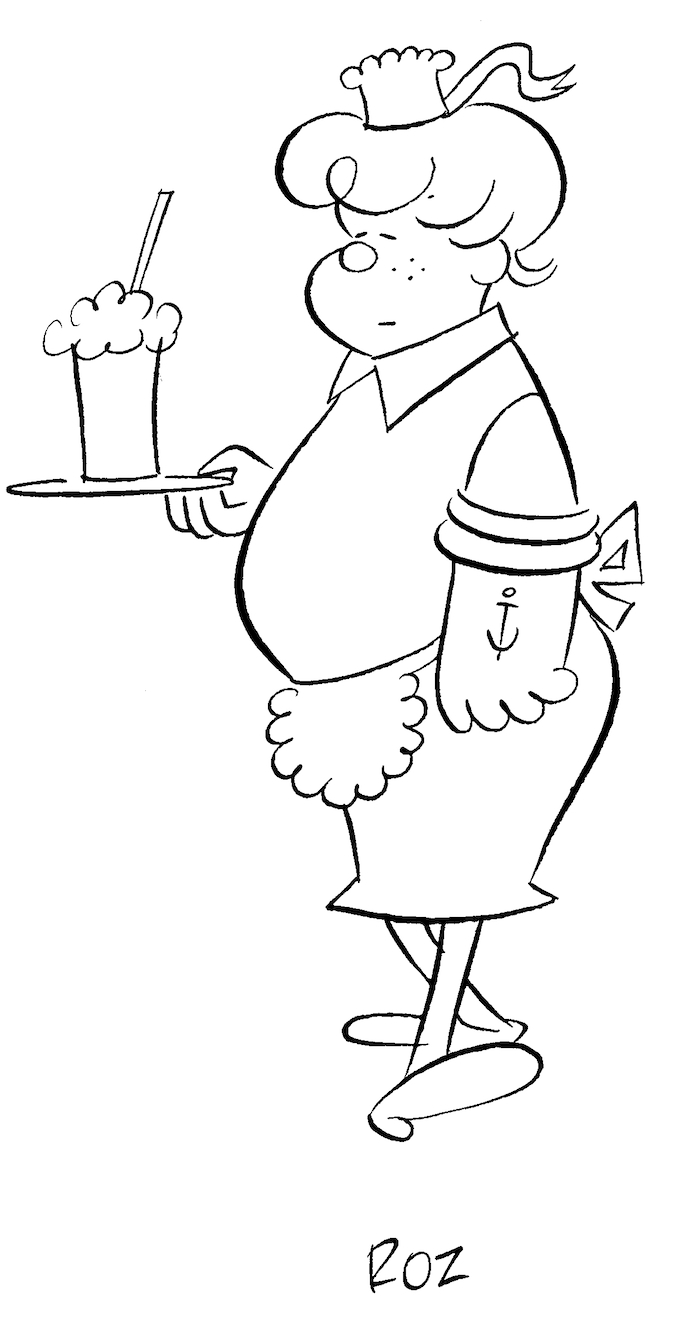 In a recent post, I wrote about Sarge’s Achilles heel. He is afraid of women. This episode works because of the way he is unwittingly swept off his feet by Roz’s exuberance. The expression on Sarge’s face in the last panel is priceless.

This is the first installment from 1966 in our Timeline series. Stay tooned for more classic color Sunday pages from this great period in the history of Beetle Bailey.