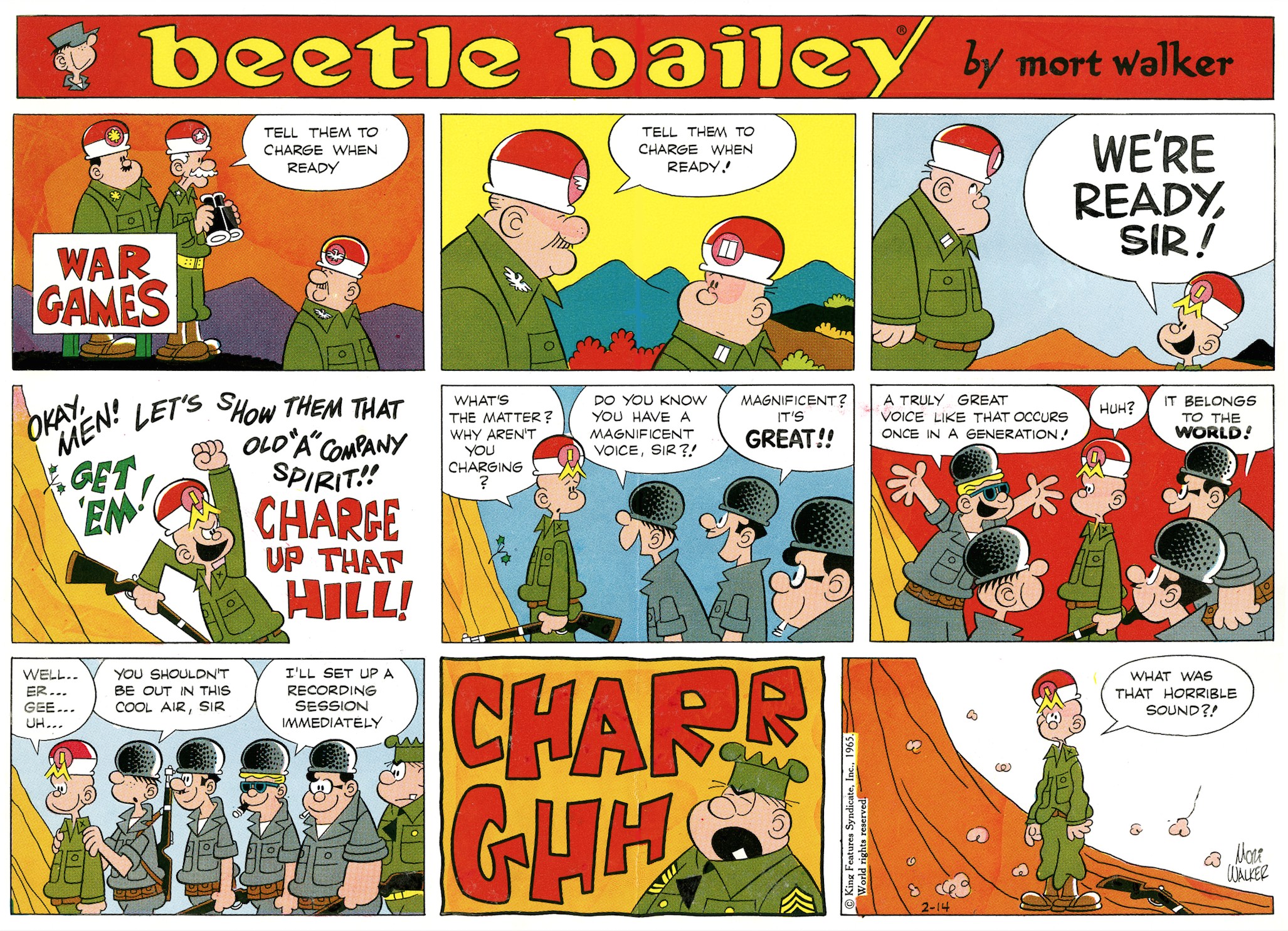 Lt. Fuzz attempts to get the men fired up for battle in this vintage Sunday page. As always, he is easily fooled by his own vanity and no matter how hard Fuzz tries, Sarge shows he is the one who has the true grit.

In an interview from 1984, Mort Walker explained the creation of Lt. Sonny Fuzz: “It is a humorous situation to have a young, eager, newly-minted lieutenant arrive and start bossing around the old grizzled incumbent first sergeant. I was twenty-one when I did it and I know who won…the sergeant!”

This drawing is from a model sheet Mort created in the early 1960s.

Fuzz’s youthfulness is conveyed by his lack of facial hair and innocent expression. He provides an ideal contrast to Sarge’s rough nature and the conflict between the two is a fertile source for gag situations.

Stay tooned for more classic episodes from 1965 in our Timeline series.