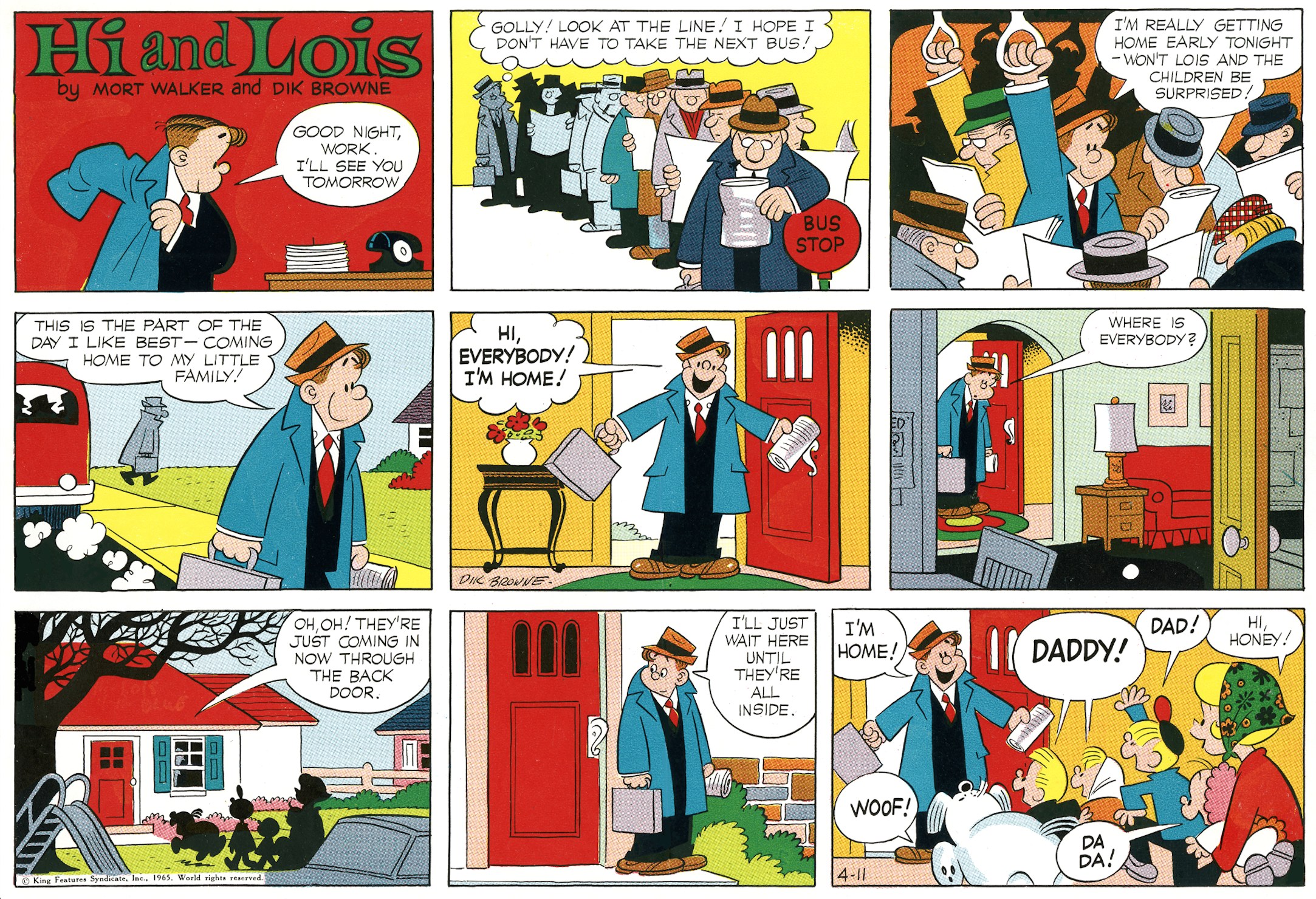 The 1955 novel, The Man in the Gray Flannel Suit by Sloan Wilson, was a bestseller and the title become synonymous with the drab conformity of the business world during the decade. The main characters, Tom and Betsy Ross, lived in Westport, Connecticut. Tom would return home every day from his high-pressure public relations job in Manhattan to a Martini carefully prepared by Betty. In the novel, Tom ultimately has to make a choice between his career and his family.

A film adaptation, starring Gregory Peck and Jennifer Jones, was released in 1956 and the acclaimed television series, Mad Men, which ran from 2007 to 2015, explored similar themes.

Hiram Flagston has a job as the district sales manager for Foofram Industries and commutes to his office on a bus. He is a typical hard-working American father who is not overly ambitious.

In the Sunday page above Hi decides to leave work early and surprise his family. He arrives home to an empty house but is soon greeted warmly by his pretty wife, four kids and floppy dog.

This is a more light-hearted look at the life of an average company man than the stultifying existence depicted in The Man in the Gray Flannel Suit. Although Hi has a relatively mundane job, he is the happy father of a loving family.

The readers of Hi and Lois don’t need to be reminded about their problems. They want a moment of relief in their daily lives. The Flagstons have provided that for over 60 years.

This is the first installment from 1965 in our Timeline series. Stay tooned for more classic color pages from our archives.