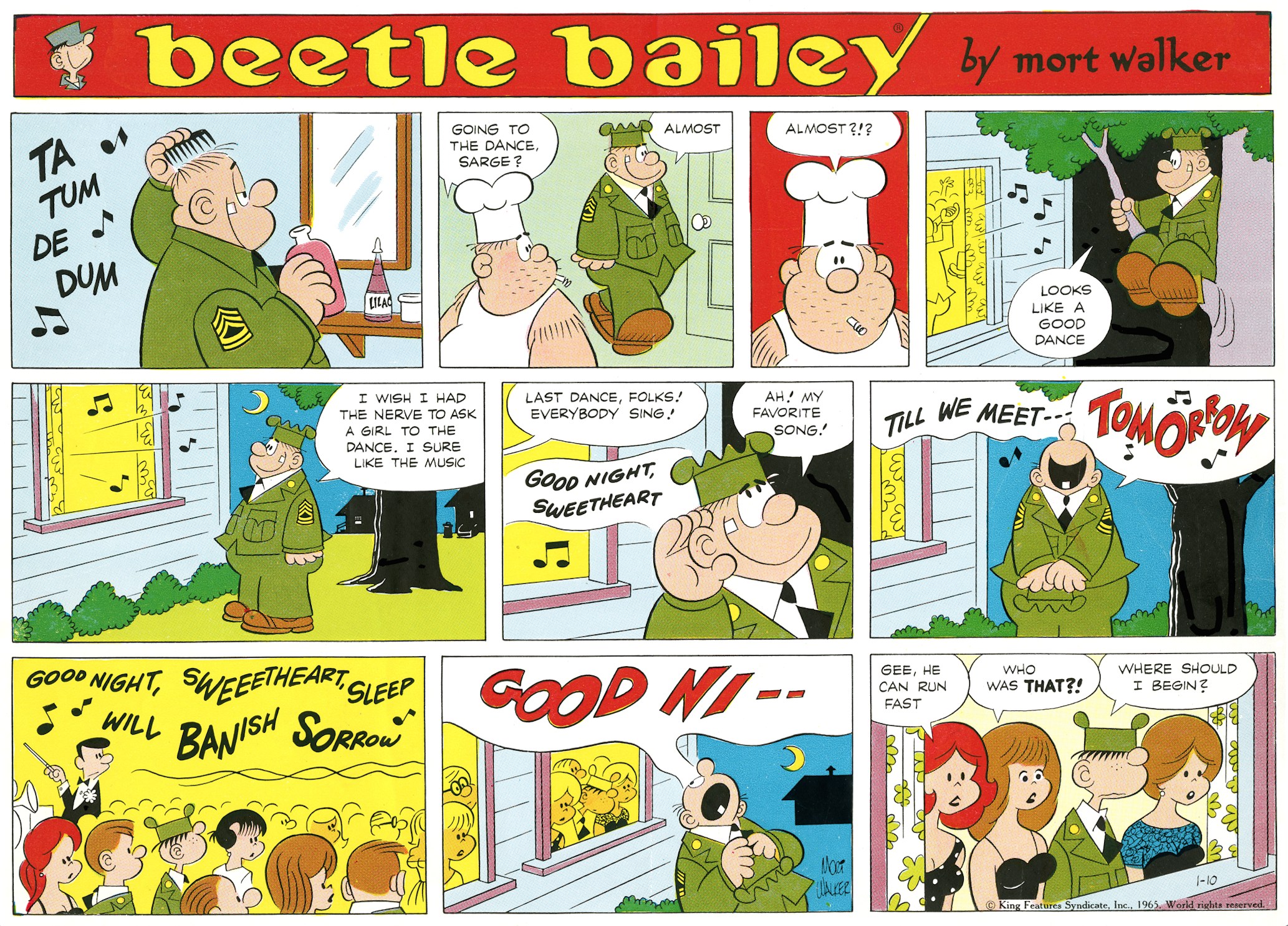 Soon after Beetle Bailey joined the Army in 1951, he encountered a tough-as-nails drill sergeant named Orville P. Snorkel. He had a nasty snarl with sharp fangs. His sole personality trait was meaness.

Over the years, the creators of the strip have added other aspects to Sarge’s character. He has a voracious appetite. He gets sentimental about Camp Swampy. He spoils his dog Otto. He takes Beetle out for a beer. The army is his life and the soldiers are his family

He is also scared of women. This provides a humorous contrast to his fearlessness in military situations. How can a guy as brave as Sarge cower in the presence of the opposite sex? There must be people like him in real life because Sarge is the most popular character in the strip.

The Sunday page above is a classic example of this fatal flaw. Sarge really wants to join the men at the dance but is afraid of social situations like this. His love of music finally gets the best of him and he is discovered hiding outside. Beetle’s inability to describe Sarge in the last panel says more than any words can express. He is truly one-of-a-kind.

This is the first installment from 1965 in our Timeline series. Stay tooned for more classic color pages from our archives.