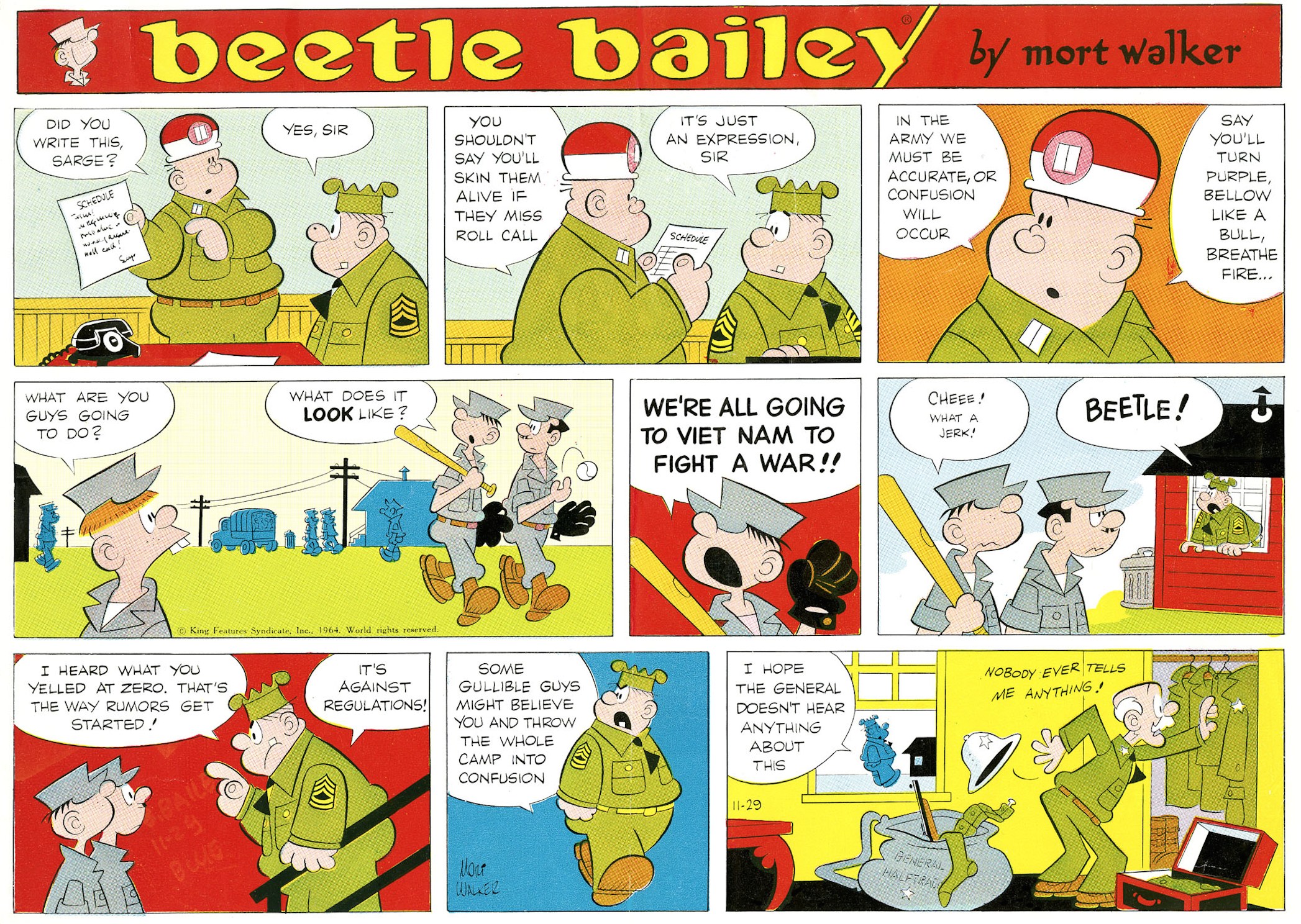 U.S. military advisors first arrived in French Indochina in 1950 and by the early 1960s, involvement in the conflict between North and South Vietnam was on the rise. After an American destroyer battled a North Vietnamese ship in the Gulf of Tonkin in 1964, President Johnson was authorized to commit more troops. The war in Vietnam reached a peak in 1968 when the Viet Cong launched the Tet Offensive. By 1969, there were 549,000 U.S. soldiers stationed in Southeast Asia. Opposition to the war on the home front finally led to the end of American involvement on August 15, 1973.

None of the soldiers at Camp Swampy have ever been shown in a combat situation. Beetle enlisted in the Army during the Korean conflict, stayed in basic training throughout the war in Vietnam and has avoided getting sent overseas in recent military operations in Afghanistan and Iraq.

Mort Walker often receives letters from fans urging him to send Beetle to the front. Mort has always held to the belief that the strip should be, first and foremost, entertaining for readers and that there is nothing funny about putting his characters in harm’s way. The continued success of Beetle Bailey has proven the wisdom of this philosophy.

The Sunday page above is one of the rare instances when the Vietnam war was even mentioned in the strip. Deployment to a combat zone is always a real possibility to the soldiers at Camp Swampy, even though it has never happened. General Halftrack, perpetually clueless, is the most likely one to fall for the false rumor that Beetle started.

Next week we will be moving on to 1965 in our Timeline series, so stay tooned.