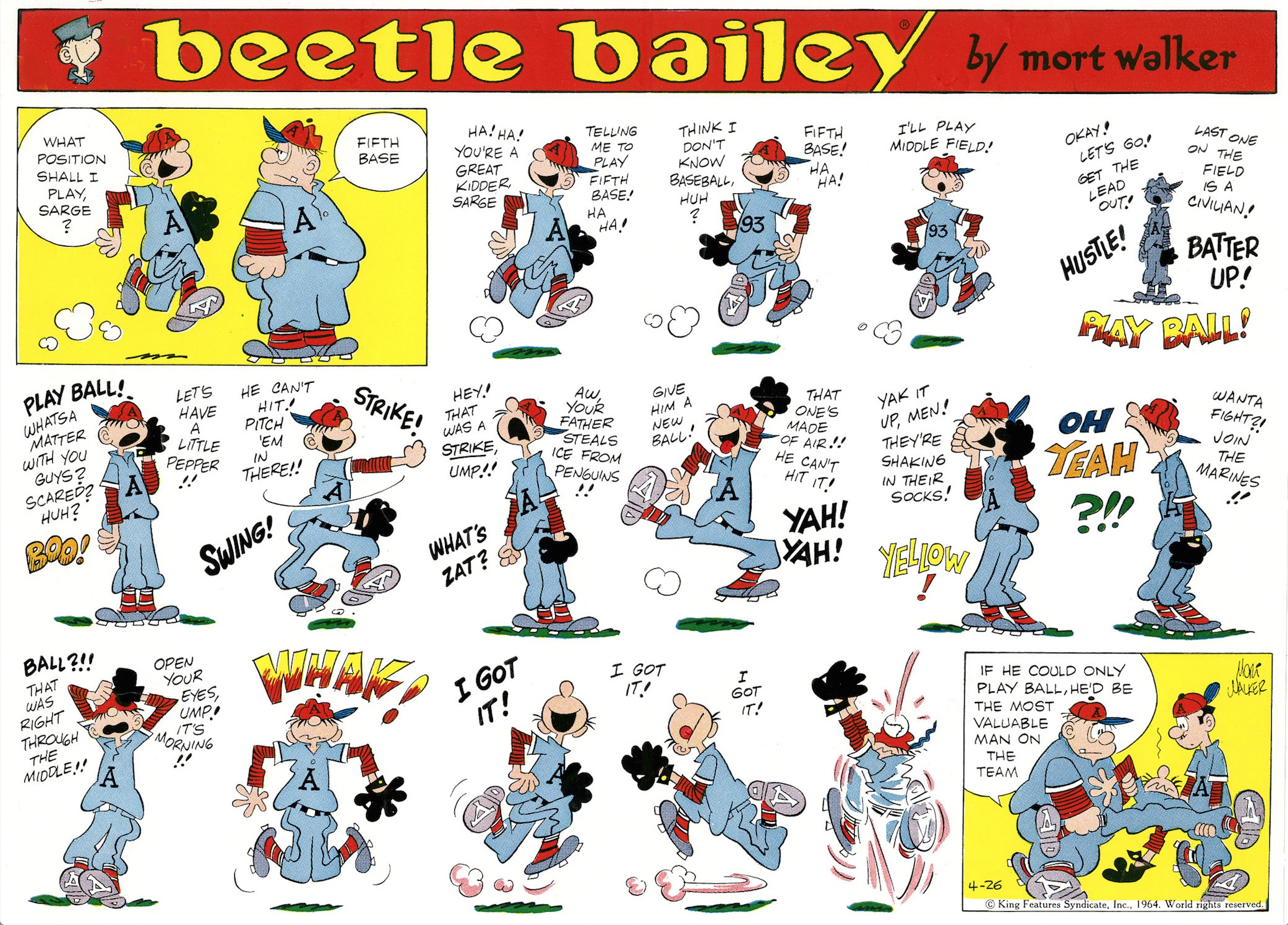 Sports have always been a rich source of humor in Beetle Bailey. General Halftrack is an avid golfer. Sarge likes to bowl. Beetle and Sarge get in some lively games of ping pong. Team sports have also been spoofed.

This is my all-time favorite baseball gag. Jerry Dumas was a devoted fan of the game, so it was, presumably, written by him.

Beetle’s body language is remarkably expressive. Every pose shows enthusiasm for his role as cheerleader for the team. His insults for the opposing players are hilarious. His reaction to the loud “WHAK” when the ball is hit is priceless. The final drawing of Beetle getting bonked in the head by the ball is an outstanding example of the graphic surrealism the strip is famous for.

This Sunday page was included in the 1984 book The Best of Beetle Bailey, but this is the first time since it’s publication it has been reproduced in color.

Stay tooned for more classic episodes from the 1960s in our Timeline series.