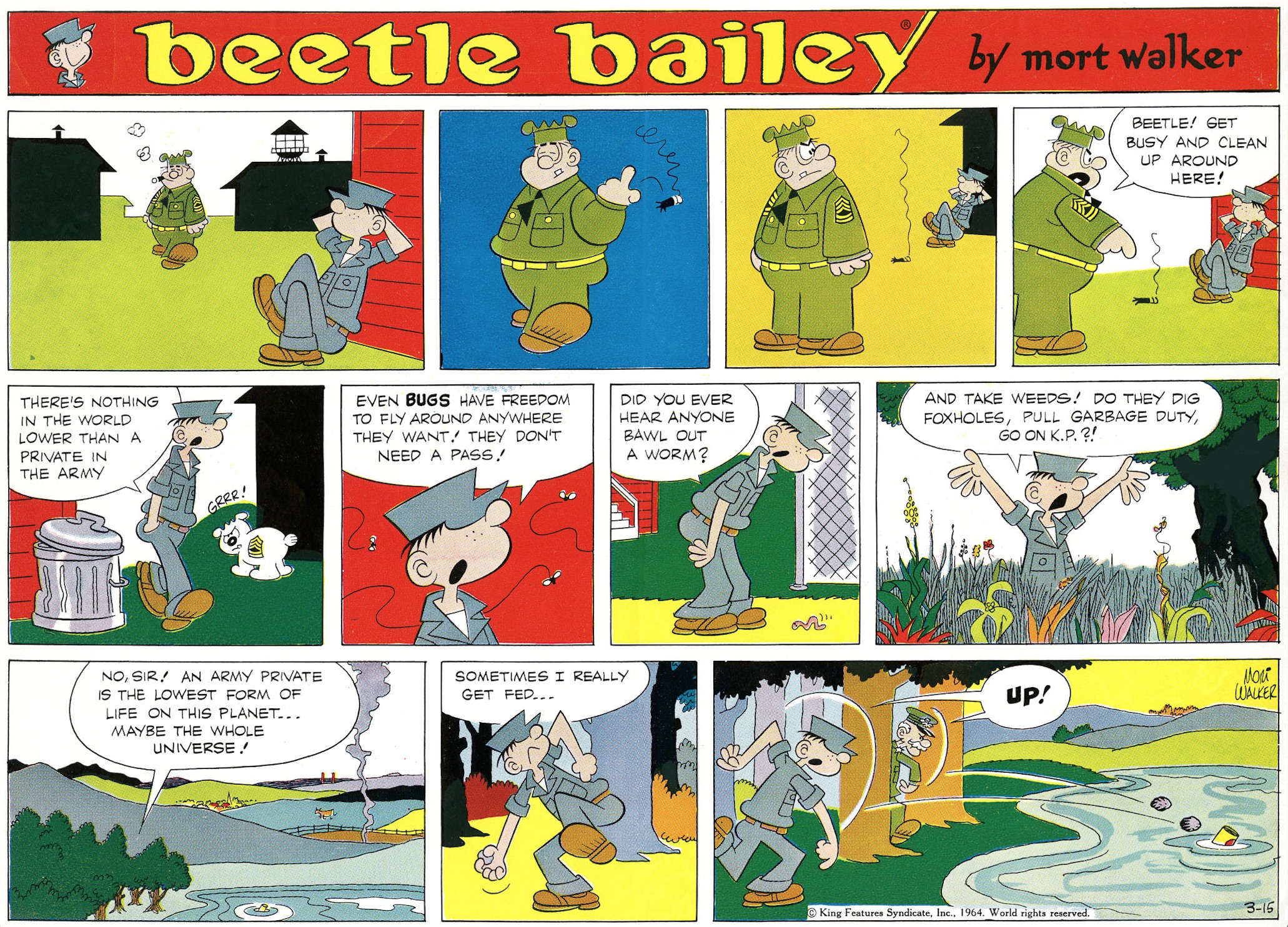 Beetle’s complaint in this classic Sunday page from 1964 is the central theme of the strip. “There is nothing in the world lower than a private in the army,” he says in the fifth panel. Millions of readers identify with Beetle as the quintessential low man on the totem pole. Everyone has a job to do, a role to play, and has to be subservient to authority in some form. Even General Halftrack, who is a one-star general, has officers above him he has to answer to.

Mort Walker once explained the secret to his success. “Many people wonder why a military strip like Beetle Bailey appeals to a civilian audience. The truth is, it isn’t a military strip. It’s a strip about a bunch of guys. They could be policemen, factory workers, college students, whatever. The army is just a convenient setting that everyone understands.”

“The pecking order doesn’t have to be explained and the role of the poor guy at the bottom of the ladder is classic in literature,” Mort concluded.

That is exactly what makes this episode so poignant. It speaks to all of us.

Stay tooned for more installments in our Timeline series.