Have You Ever Felt Like Living in Another Country? 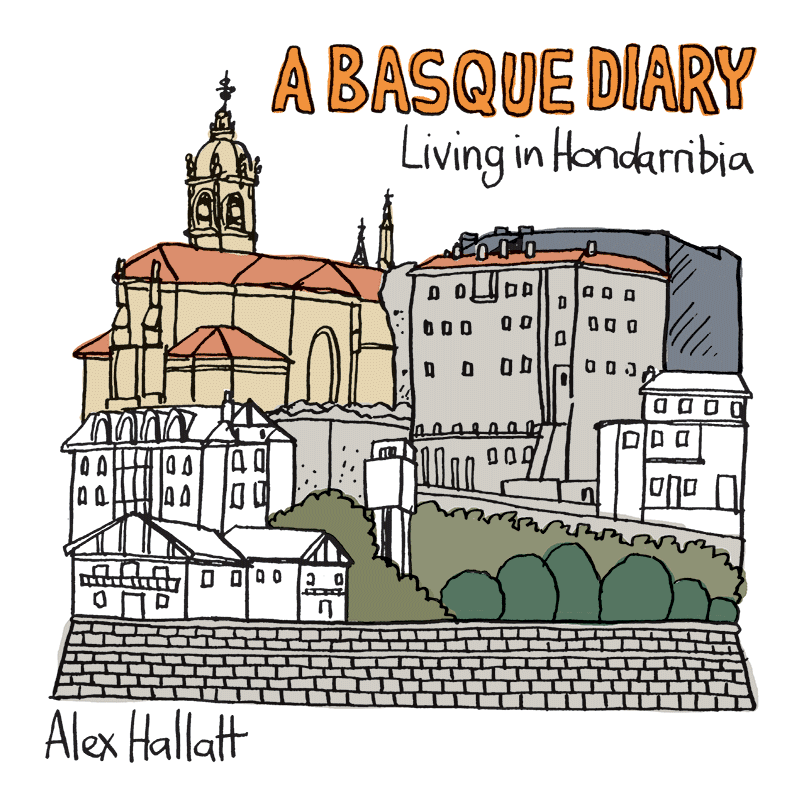 I’ve been very lucky as a cartoonist in the era of the internet. I’ve been able to work from almost anywhere. Because of my UK-Kiwi citizenship, I’ve also been able to live in a lot of places. So I’ve lived and worked in the UK, New Zealand and Australia.

But I always wanted to live somewhere where they didn’t speak English, where I could learn the language. I am rubbish at languages and hated trying to learn French and German in school. But Spanish is more logical. The way it is written is the way it is pronounced, once you learn the basic rules (unlike English: pare, pear, pair!!!). If I was going to be able to learn any language, it was going to be Spanish. I also wanted to live fairly near my family in the UK for a while. So Spain was the obvious destination. 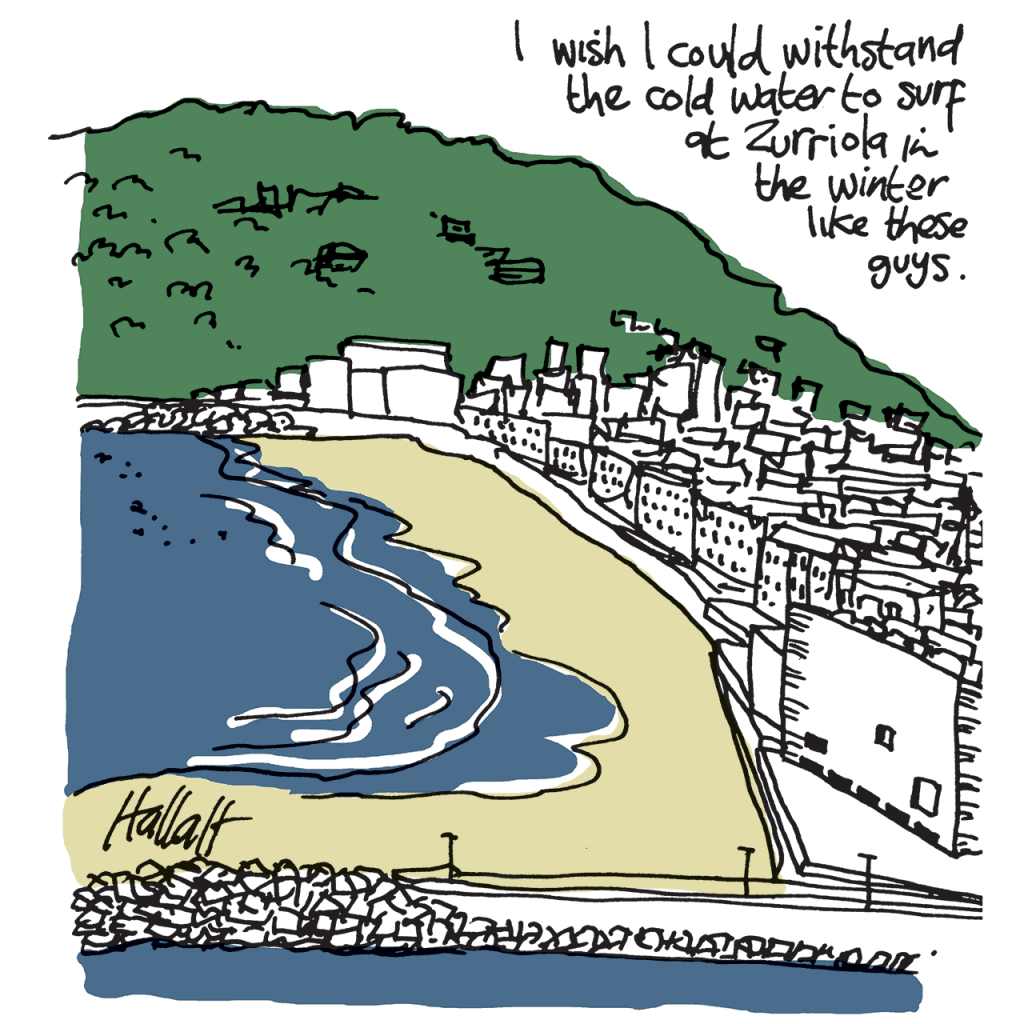 My first Spanish teacher came from San-Sebastian and raved about it. It sounded idyllic – a small, with two beaches, world-beating food (at the time, it had more Michelin-starred restaurants per capita than New York) and fascinating Basque culture. I visited in 2008 and was blown away. Duncan and I came back a few years later and enjoyed our trip, but discovered a place that was even better: Hondarribia.

Hondarribia is smaller than San Sebastian and a lot less touristy. It also has access to great beaches and it is easy to walk into the hills that surround the town. And the food and wine are fantastic and affordable. We moved here in 2015, planning to stay a few months.

It ended up being two years and we’ll be sorry to leave. I wrote up a lot of my experiences as an illustrated book, A Basque Diary – Living in Hondarribia

You can see more of my illustrations that are in the book at http://alexhallatt.com/book/a-basque-diary/.