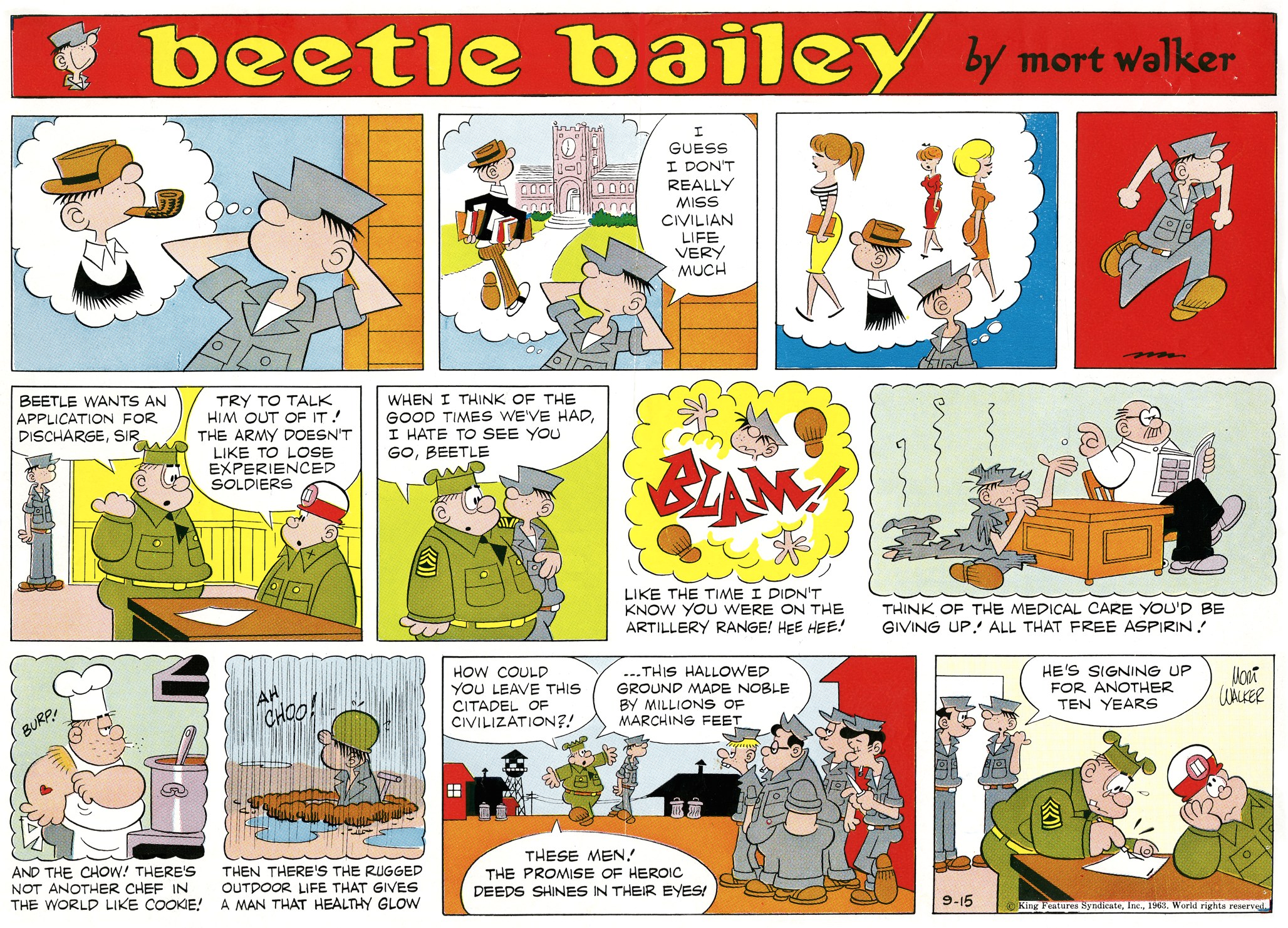 In this episode, Beetle decides to ask for a discharge from the Army and Sarge tries to talk him out of it. Sarge recounts all of the good times Beetle has had since he enlisted. Of course, military life means a lot more to Sarge and he ends up signing up for another ten years. Beetle must have changed his mind, because the next day he was back at Camp Swampy.

In April 1954, as we recounted in the last post, Beetle went home on furlough to visit his family. While he was there they discussed his future.

At this time, Mort Walker was seriously considering having Beetle return to civilian life. “When the Korean War was over, I was sure an army strip would be anathema,” he said in a 1984 interview. “I was worried. By now I was used to a few luxuries like eating three times a day. I thought the solution might be to bring Beetle home and have him become involved in family life.”

While this two week series was appearing in newspapers, readers began writing to demand Beetle’s return to Camp Swampy. Mort wisely decided that’s where Beetle belonged and he has remained there ever since, although he still thinks about what it would be like to be a civilian again.

Next week we will be moving on to 1964 in our Timeline series, so stay tooned.