A situation that has recurred in the strip over the years is when Beetle writes letters home to his parents. In the Sunday page above, he works hard to make his situation at Camp Swampy sound more important than it actually is. Beetle is the quintessential low-man on the totem pole, so these descriptions of his daily duties do not correspond to reality. Although he does not do it in this episode, Beetle often asks his folks for money.

Here is what Beetle’s family looked like in the early 1960s. 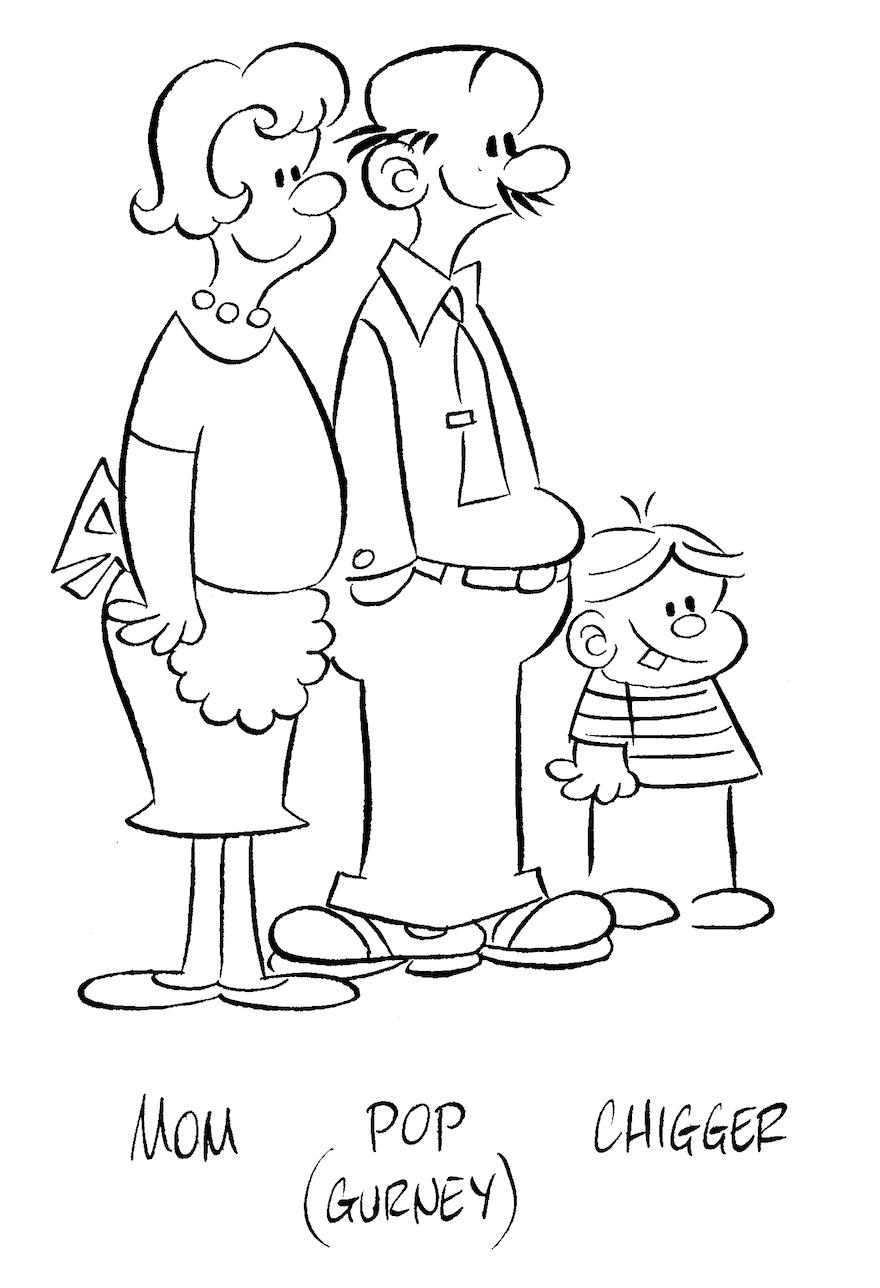 Of course, many of our readers know that Lois Flagston is Beetle’s sister. In 1954, two years after he joined the army, Beetle went home on furlough to visit his family. This is the first strip in that two-week sequence.

At this point, Hi and Lois and their kids look very different than they did six months later when they debuted in their own strip. To see the first three Hi and Lois strips from October 1954 go to: http://hiandlois.com/2013/02/27/hi-and-lois-begins/

We will continue looking at classic episodes of Beetle Bailey in our Timeline series, so stay tooned.