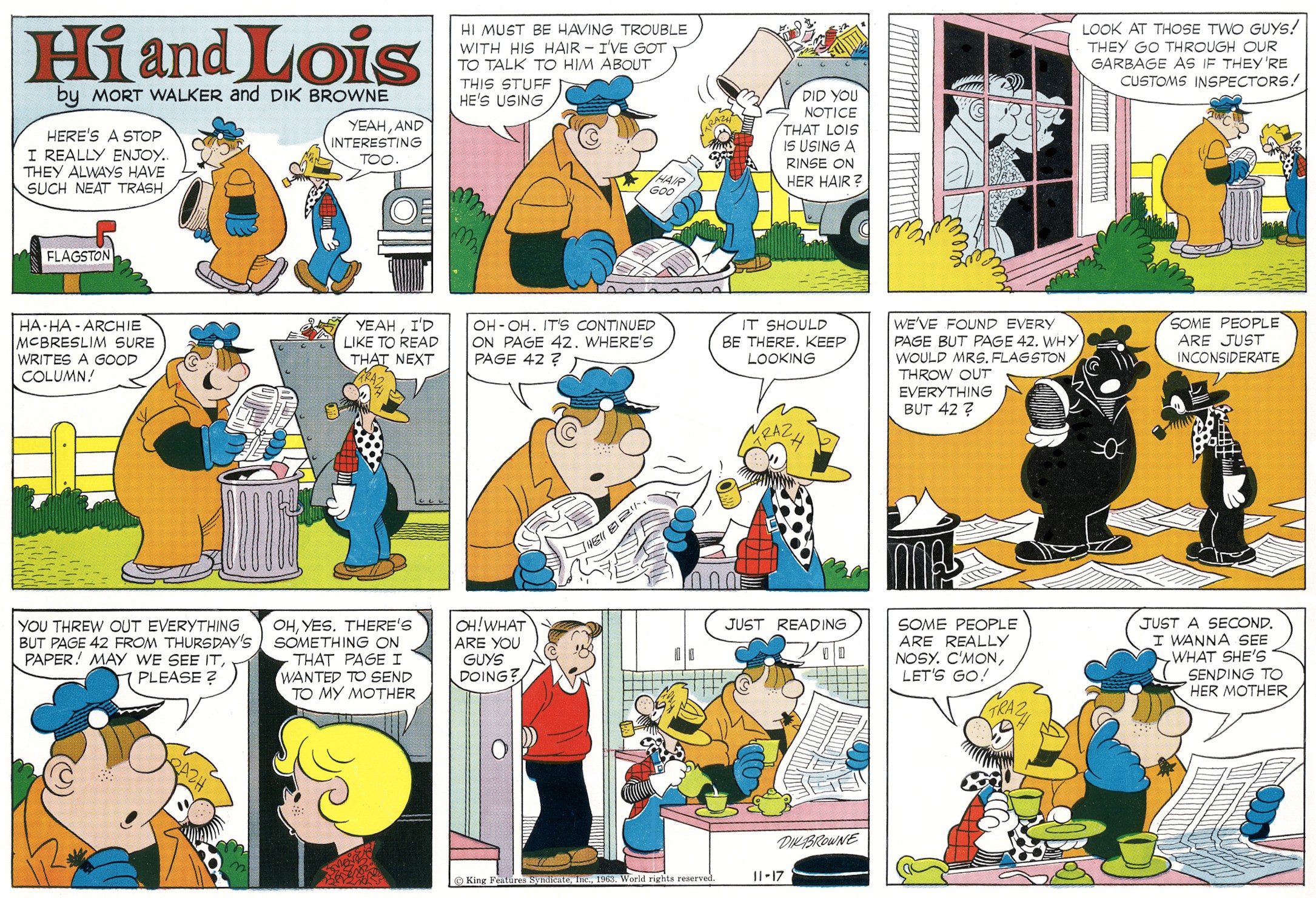 Abercrombie and Fitch are the Flagstons’ garbage men. In a previous post we described this colorful pair.

Abercrombie, the rotund one, was introduced first as the high-handed refuse collector who likes to tell his clients what they can throw away.

Together Abercrombie and Fitch stick their noses into all the Flagston family business. They read their mail. They return Hi’s job jar. They psychoanalyze every scrap of paper and piece of junk thrown away. They, in fact, consider themselves part of the family.

The Sunday page above takes this intrusiveness to a ridiculous extreme. In the end, Abercrombie and Fitch are shown sitting in the Flagston’s kitchen drinking tea and reading the missing part of the newspaper. They actually get irritated when Hi interrupts them to ask what they are doing. It’s hard to imagine garbage men who could be this presumptuous.

Next week we will be posting another classic Sunday page from 1963, so stay tooned.