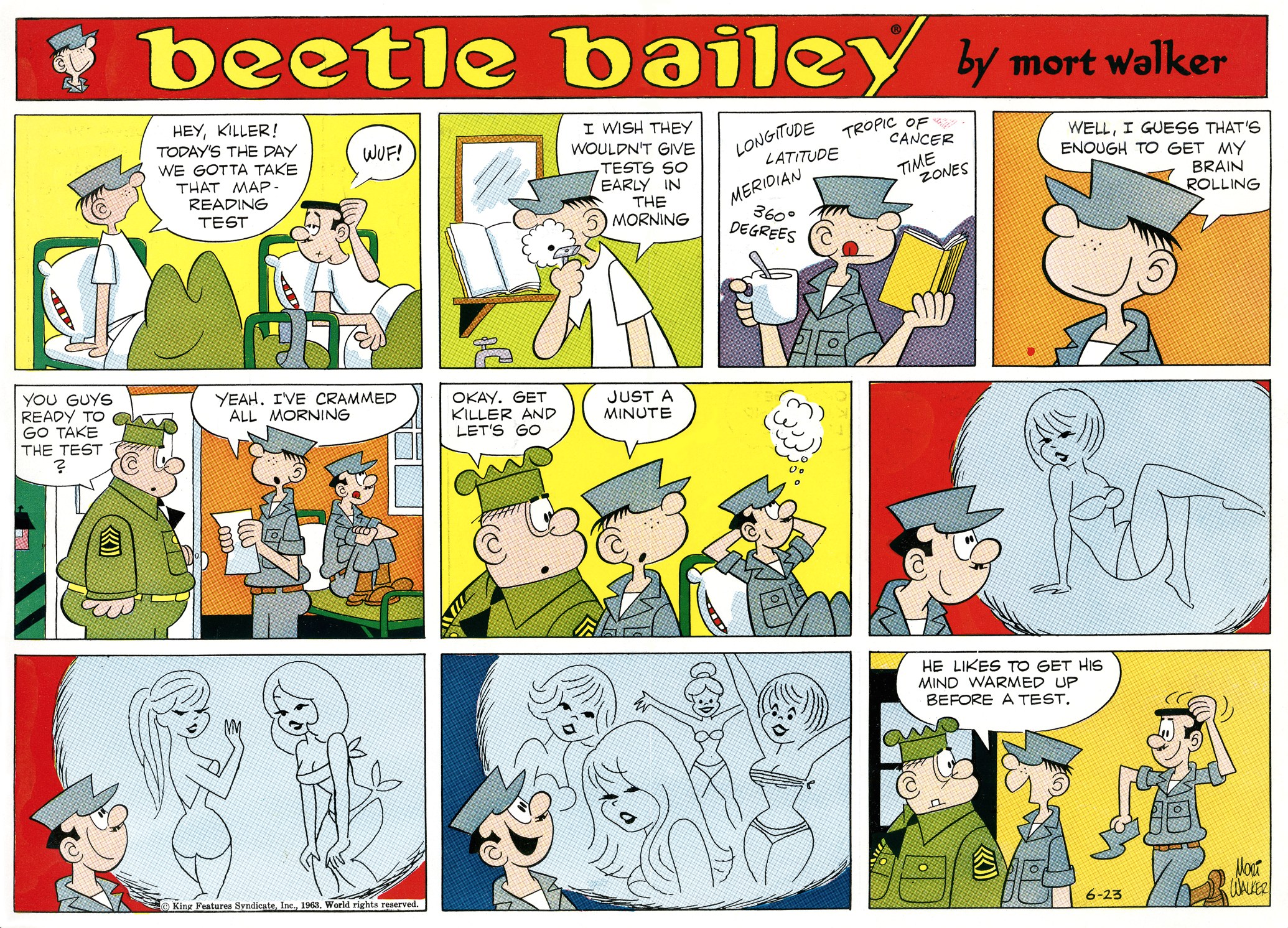 This Sunday page stars Beetle’s best buddy, Killer Diller. In a previous installment, we documented the early evolution of this girl-crazy G.I. Here’s the link to that post: http://beetlebailey.com/2015/12/04/killer-diller/

Mort Walker has always enjoyed drawing pretty girls. In the first year of the strip, when Beetle was still in college, he created a roommate for his girlfriend Buzz who was quite glamorous.

Once Beetle enlisted in the army, he had to seek female companionship outside of Camp Swampy. He and Killer are young men, so of course they are interested in girls. Strips with attractive women appeared almost weekly during the early 1950s.

Here are two consecutive dailies from the summer of 1952. 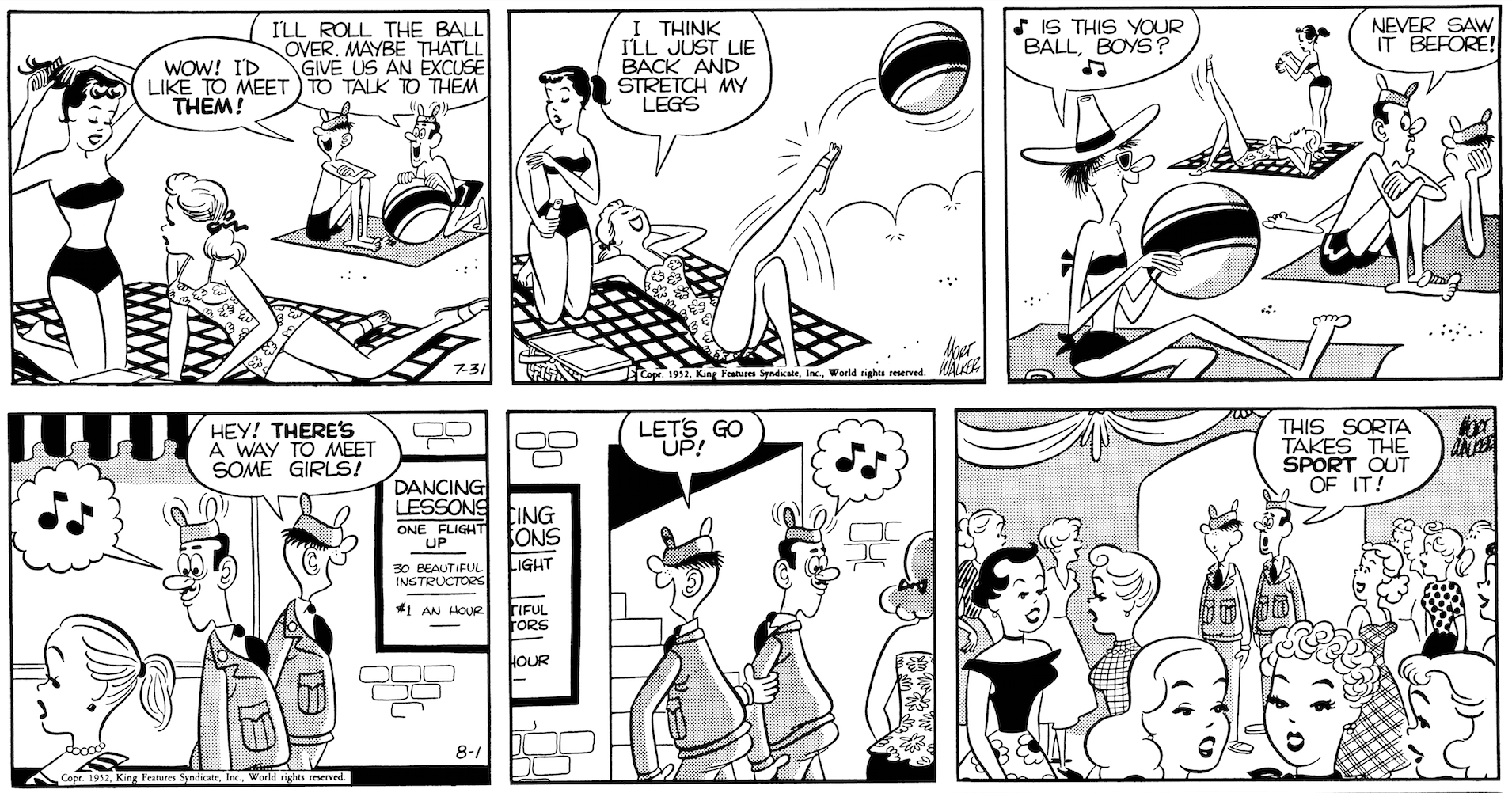 There were also occasional references to Beetle’s college girlfriend Buzz. In this strip, Killer reveals he also has a hometown sweetheart.

Eventually, the skirt chasing was toned down. But when Miss Buxley was introduced in 1971, Mort had a new reason to draw a pretty girl again. We will cover that chapter in the history of Beetle Bailey in future posts, so stay tooned.