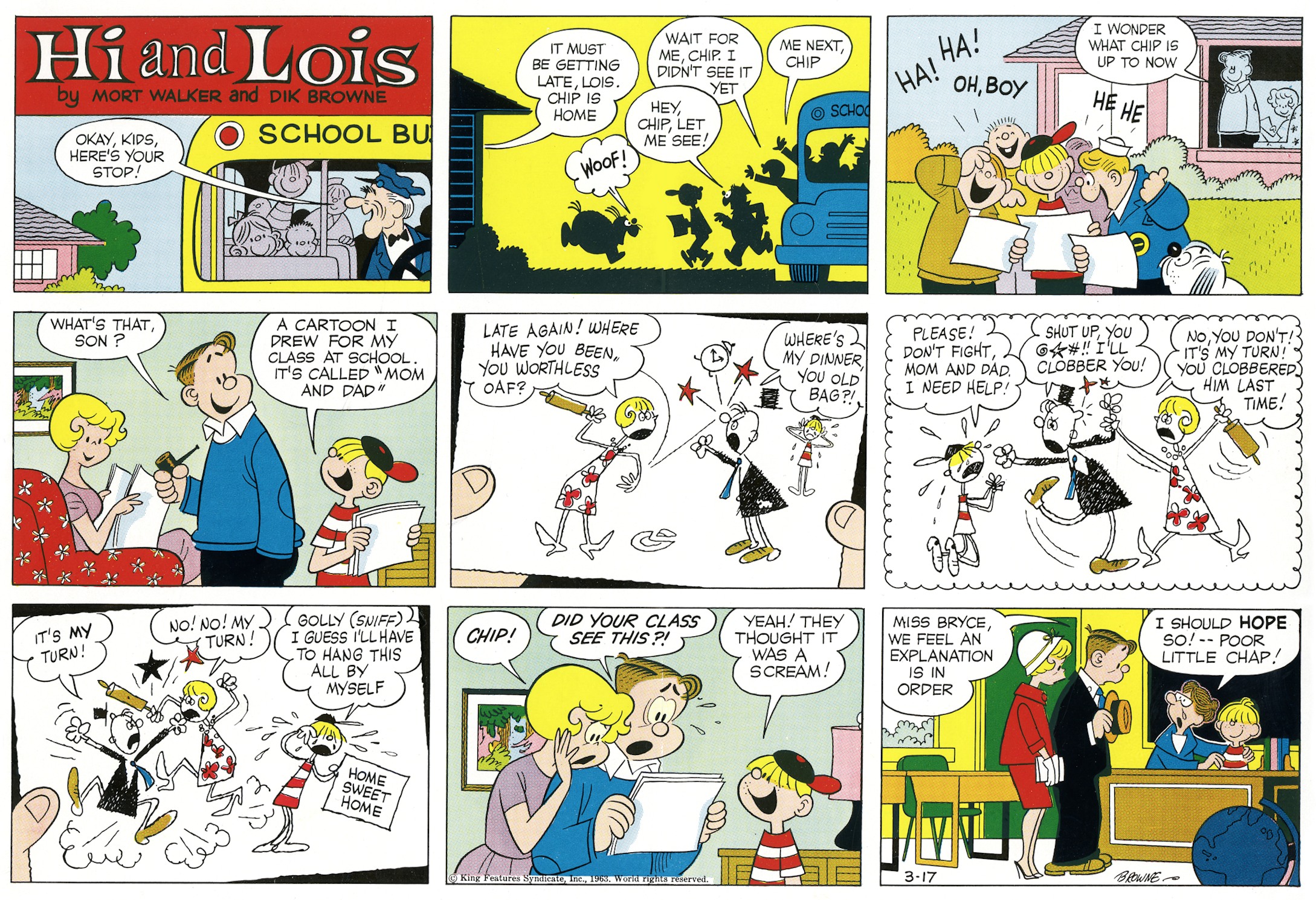 In this episode, Chip has an opportunity to express himself in cartoon form. His comic strip is not as innocent as Dot’s. He was going for maximum entertainment value. As a result of Chip’s imaginative depiction of his home life, Hi and Lois feel the need to schedule a meeting with his teacher to explain it was all just a joke. There have undoubtedly been many parents who have had to deal with their kids’ budding creativity in this way.

Chip had not fully developed into his teenage years at this point in his slow maturation process. Mort Walker was also an aspiring cartoonist when he was about the same age.

Beginning in 1936, when Mort was thirteen, he drew a comic strip for the Kansas City Journal entitled The Limejuicers. Here’s a sample. 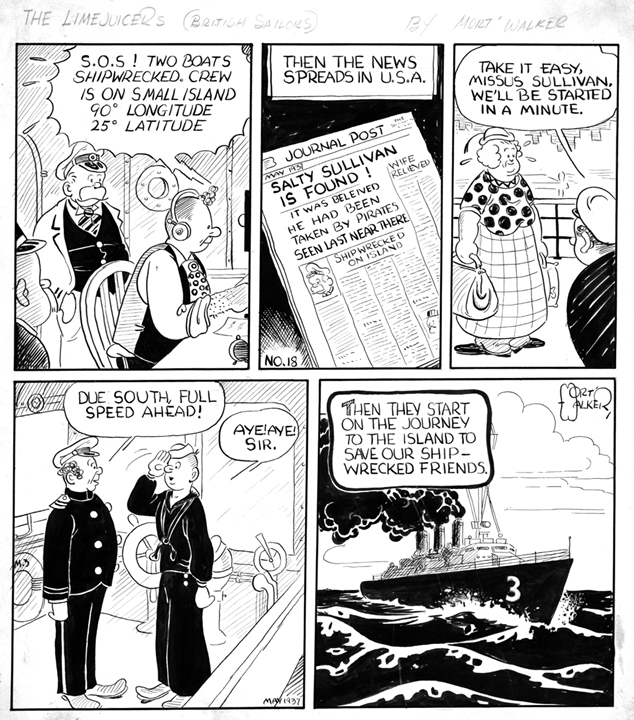 Mort was influenced by Milton Caniff’s Terry and the Pirates, which debuted in 1934. He continued to experiment with different styles and in the late 1930s got a job as a greeting card designer for Hallmark, which was near his home in Kansas City. He continued to hone his technique and, as they say, the rest is history.

This is the first installment from 1963 in our ongoing Timeline series, so stay tooned.