As you’ve probably guessed, the late March storyline was deeply personal. Many of you know I was diagnosed with a blood disorder, Essential Thrombocytosis, years ago. Well, it’s a relatively benign but progressive disease, and for the past few years, it’s progressed a lot.

In general terms, my bone marrow overproduces platelets. This can cause bleeding and clotting issues if not controlled. For a long time, I only needed a baby aspirin to thin my blood and a vitamin regimen to alleviate the side effect of migraines. That worked well until about two years ago when my overachieving platelets shot up into the millions.

Time to call in the big guns. I went on a medication that helps lower the platelet count. It helped…for a while. And then my count started going up again. So my doctor increased the dosage.

About 3-4 months later, this happened:

My dermatologist and hairdresser confirmed it — I still had plenty of hair on top of my head, but it was thinning from the bottom. It was upsetting, to say the least. And I felt — to be blunt — ugly and unfeminine. Bless his heart, my husband disagreed.

Around September last year, I finally bit the bullet and got a new haircut. It helped. I still feel more, well, me, with long hair, but this worked wonders. Even my kids liked it.

As for my platelets, the medication stopped working and now I’m on a new one that will hopefully work better in the long run. It’s a wait-and-see process. And it may make my hair fall out again.

But even I’m starting to realize that there are more important things. Like staying alive. That’s kinda big.

On a brighter note, I leave you with one of the few selfies I’ve ever taken. I snapped this right after I got my haircut and dried off all my tears. It’s actually one of my favorite photos. 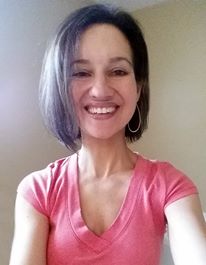 Probably because I look pretty alive.