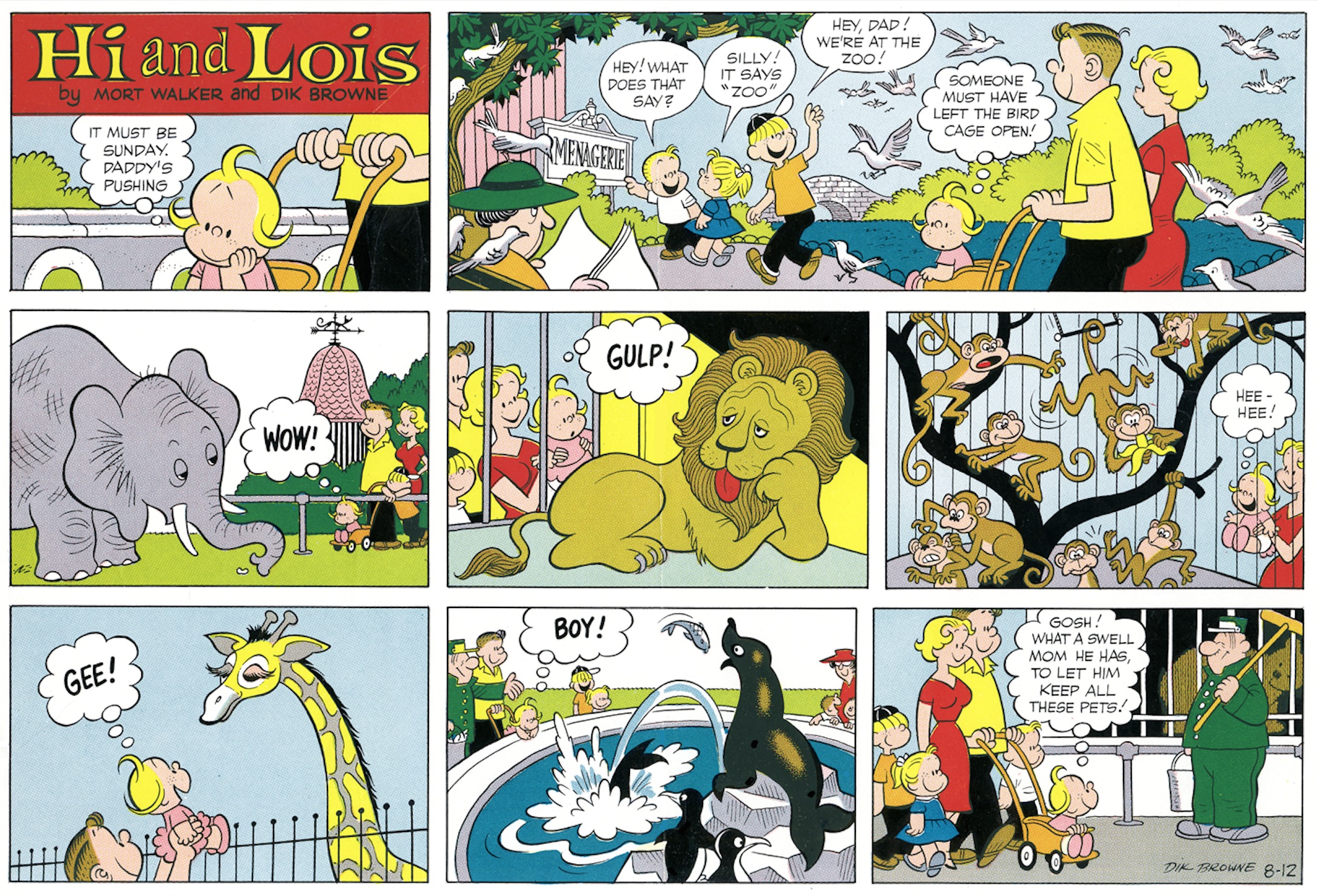 Dik Browne was a veteran advertising artist when he started working on Hi and Lois in 1954, so he probably had prior experience drawing animals. It still must have been challenging for him to render an elephant, a lion, a giraffe, monkeys and seals so that they blended in with the established style of the strip. These look more like humorous caricatures than realistic wildlife illustrations.

Dik always believed that Sunday pages were an opportunity to showcase his artwork in ways that weren’t possible in the limited confines of a daily strip. The expanded space also encouraged the writers to come up with gags that got the family out of the house and put them in more interesting situations. This collaboration resulted in unique pages like the one above.

Next week we will be featuring another classic episode from 1962, so stay tooned. 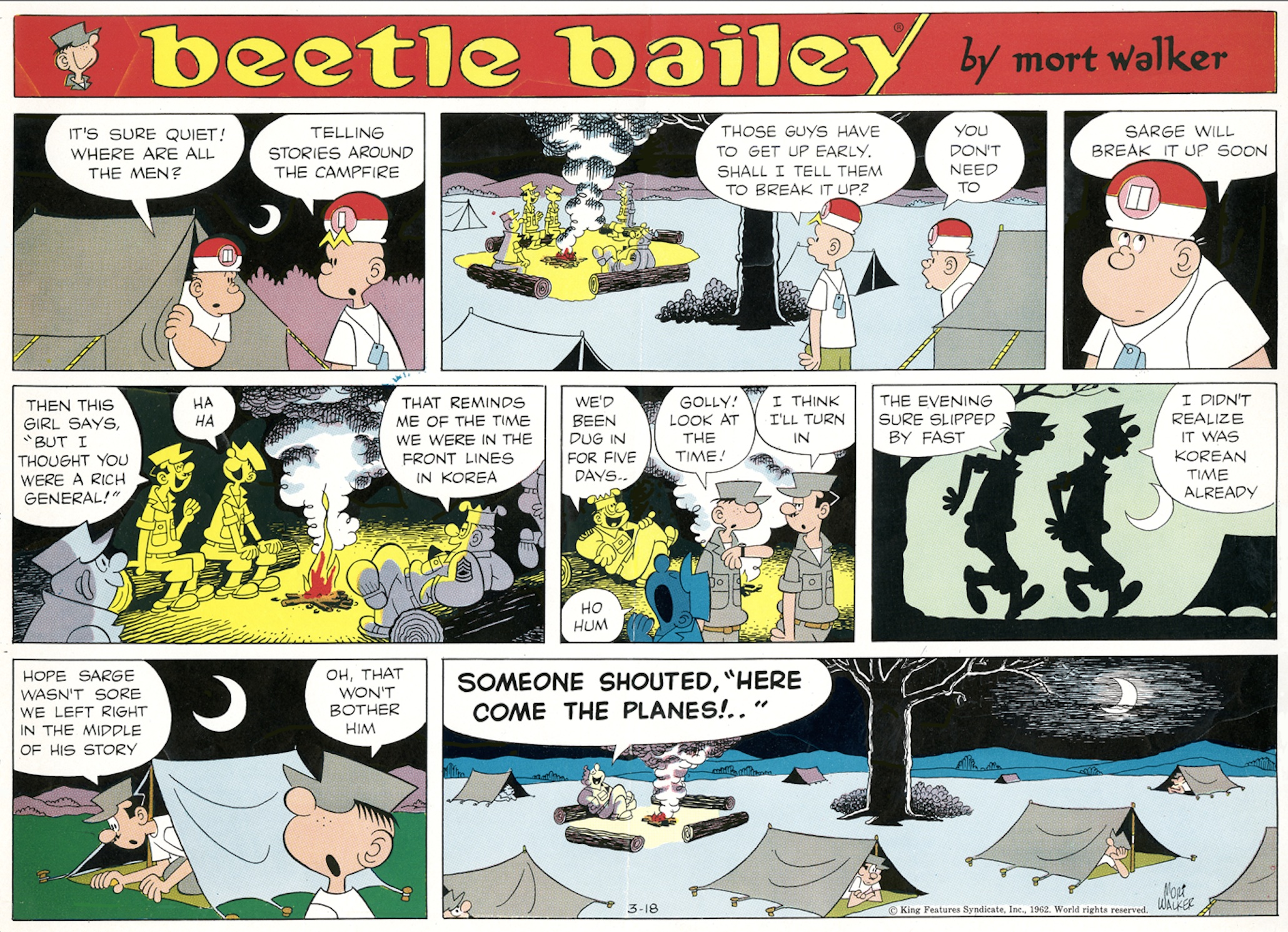 This is a unique episode since night scenes are rarely depicted in Beetle Bailey. Graphically, it is a well-designed page. The lighting of the campfire in panel #4 helps establish the atmosphere. The silhouettes in panel #6 create an effective transition. And the moon and the dark sky in the final panoramic panel help to deliver a dramatic conclusion.

Many readers often mistakenly think Beetle Bailey is set during World War II. That is understandable since many of the characters and situations were inspired by Mort Walker’s own experiences during that conflict. Beetle Bailey actually enlisted in the Army in 1951 during the Korean War, which lasted from 1950 to 1953. Although it is plausible that Sarge might have served in Korea, no actual combat situations have ever been depicted in the strip. Sarge’s tough personality would lead one to believe that he was battle-tested at some point during his military career.

We will feature another outstanding Sunday page from 1962 in the next installment, so stay tooned.