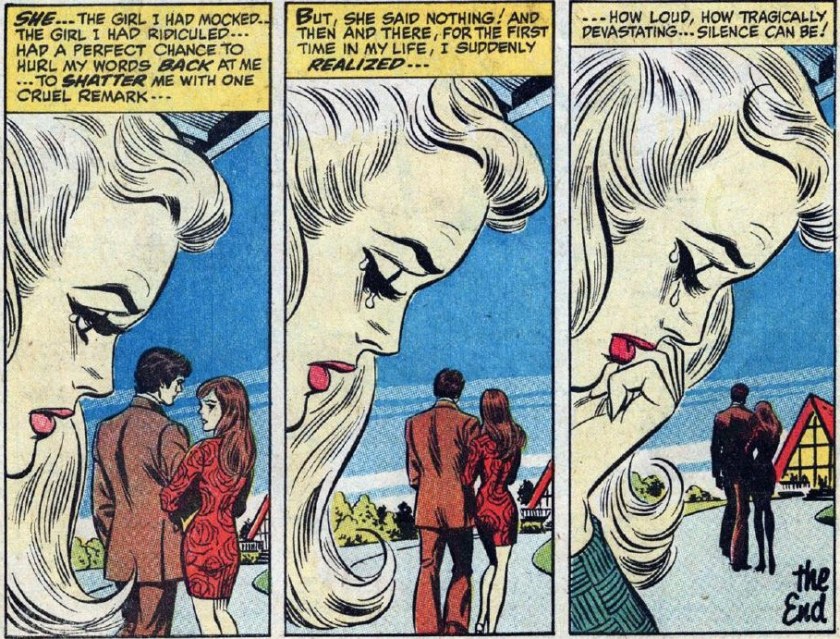 John Romita’s artwork is pretty much a staple of romance comics from the 1950s on, and for good reason.

When Romita took over drawing Spider-Man from Steve Ditko, it was inevitable his strength for the Sturm und Drang of romance comics would be thrown into the mix.

The following examples are from the Spider-Man newspaper strip.

So when I needed to up the ante for Hil and Faye in the March 25, 2017 Sally Forth strip I leaned heavily on Romita for inspiration.

So much so I even snuck his name into the last panel as a tip of the hat. 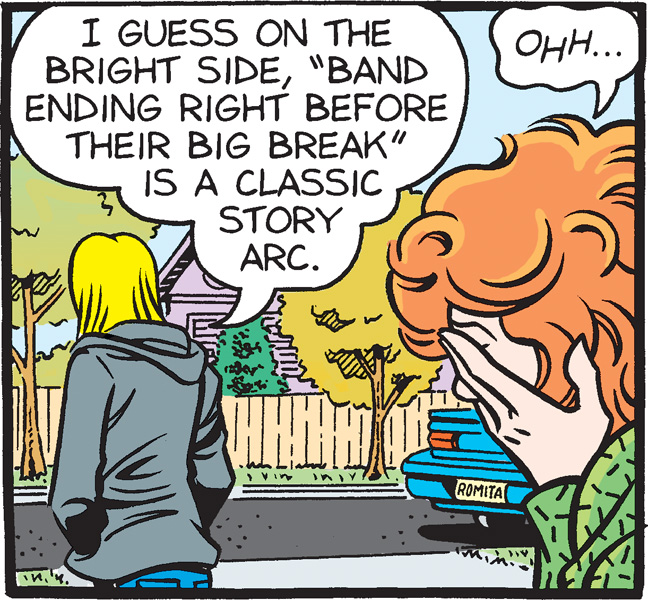 Looking for more of a Romita fix? Check out the following…

And last but not least, for some video of Romita at the drawing board…