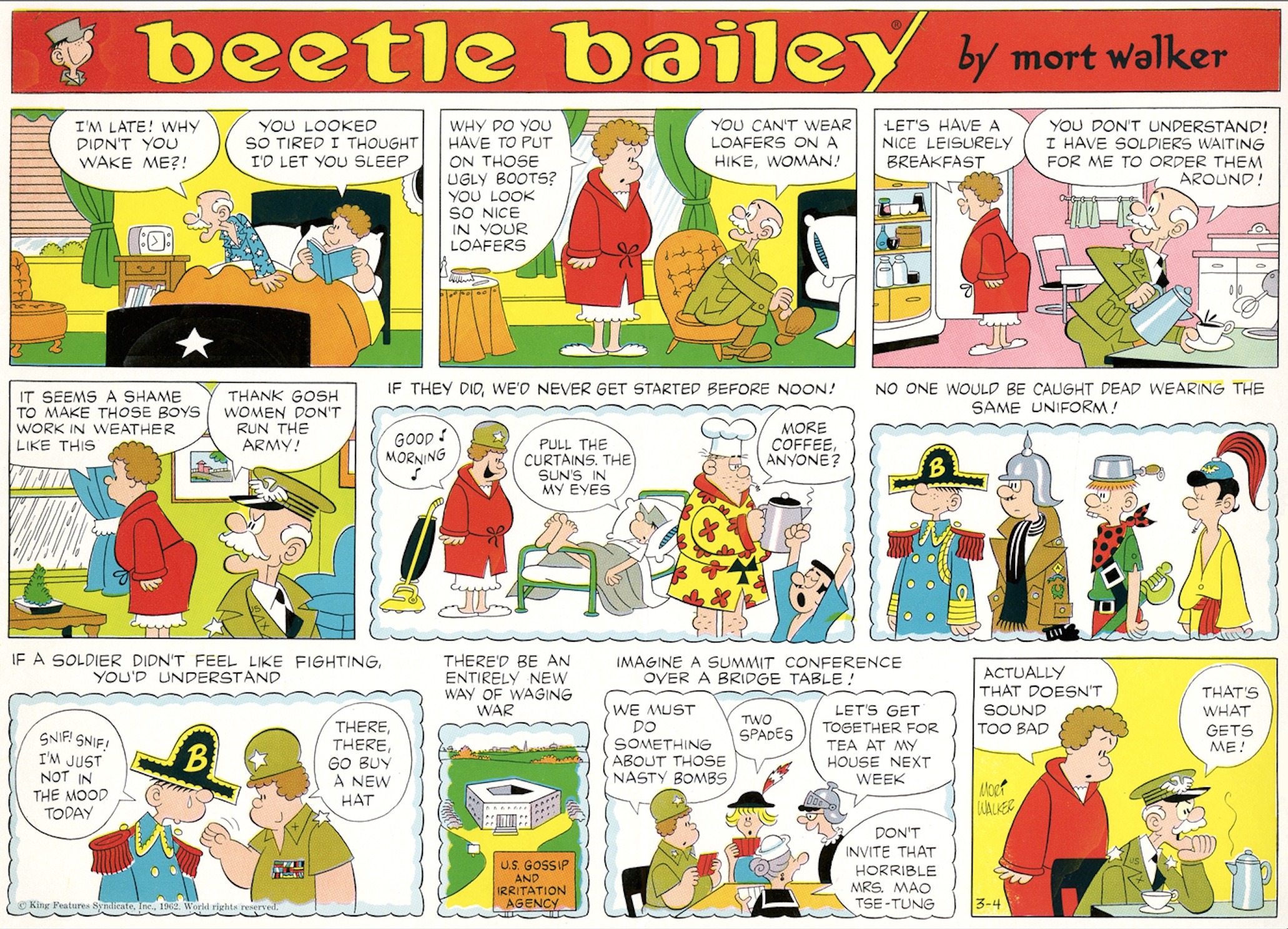 “What if women ran the Army,” is the question of the day in this fanciful page. General Halftrack’s musings on the subject are contained within “cumulus dream balloons” in panels #5 through #9.

Although the male creators of the strip were probably trying to pay tribute to the nurturing qualities of the fairer sex, this gag would definitely be considered sexist by today’s standards. It was a few years before the modern women’s movement began to change minds about the roles they could and should play in society. The jokes are more reflective of the 1950s when men expected the gals to know their place.

Martha Halftrack was just beginning to appear regularly around this time. Here is an early version from a 1962 model sheet.

Mort Walker explained her function in the strip for The Best of Beetle Bailey in 1984. “Many men of power and prestige are reduced to peonage the minute they open the door of their home. The General may be in command of thousands of men and be the supreme leader of Camp Swampy but at home Martha is definitely in charge.”   She is still an important character in the strip.