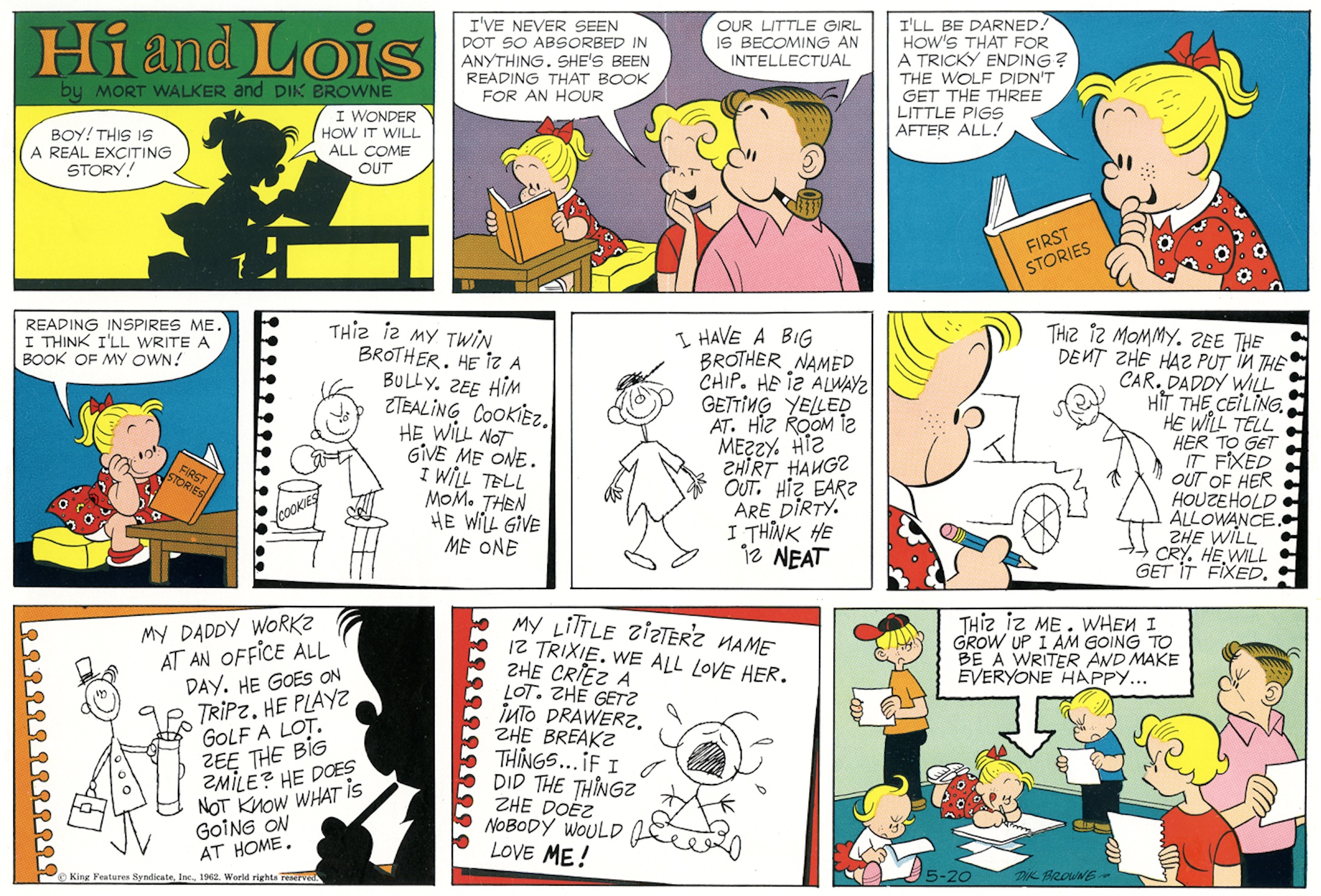 The technique in the strip above, using a primitive drawing style to express a child’s point-of-view, probably goes back to the earliest days of cartooning. We have featured it many times over the years in Hi and Lois.

There was an innovative strip in newspapers at this time that used a similar approach exclusively. Jackys Diary by Jack Mendelsohn was a Sunday-only feature and debuted on January 11, 1959. It was presented as a hand-drawn, hand-written diary from Mendelsohn’s youth. Similar to Dot, Jacky related stores about his family, his boyhood adventures, his schoolwork and a variety of other experiences.

Even though he signed it “Jacky Mendelsohn Age 31½” some readers mistakenly thought the strip was written by a child. Some even had their own children send in submissions. It was finally canceled by King Features on December 31, 1962.

Mendelsohn was an acquaintance of Mort Walker and his creation might have inspired this episode of Hi and Lois.

We will be featuring more color Sunday pages from the 1960s in upcoming posts, so stay tooned. 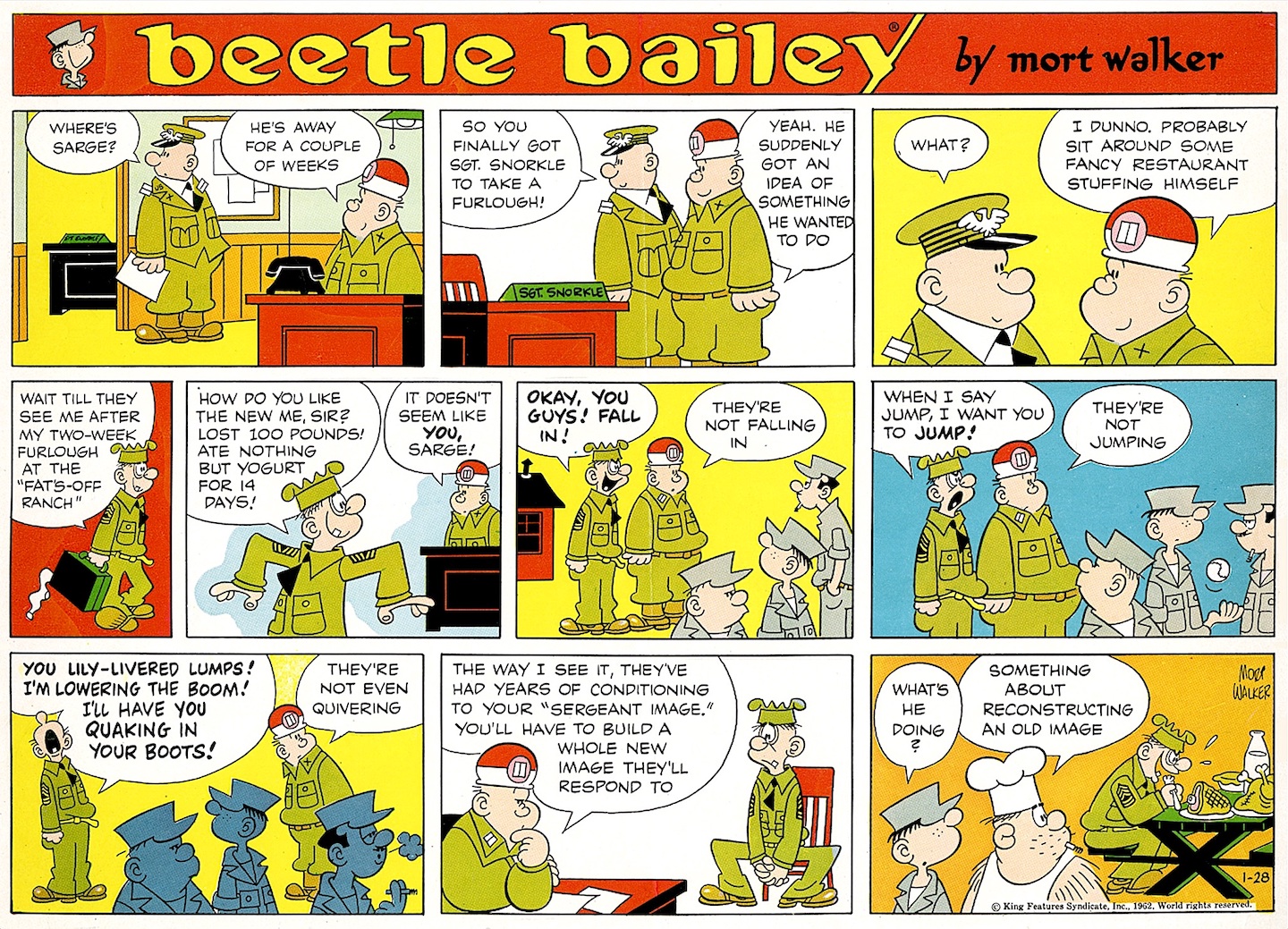 In the early 1960s, Sarge was being featured in more Beetle Bailey gags than any other character. Although Beetle was still the star of the strip, Sarge had become the most reliable supporting player.

In this classic Sunday page, Sarge’s appearance has changed dramatically after he returns from a two week furlough at the “Fats-Off Ranch.” Sarge discovers that the new image has diminshed his commanding presence with the men.

Sarge was plumper in the 1960s than he is today. We are more sensitive now to people who struggle with their weight. Being fat isn’t considered as funny as it used to be.

Here is a 1962 model sheet that shows Sarge at his most corpulent. 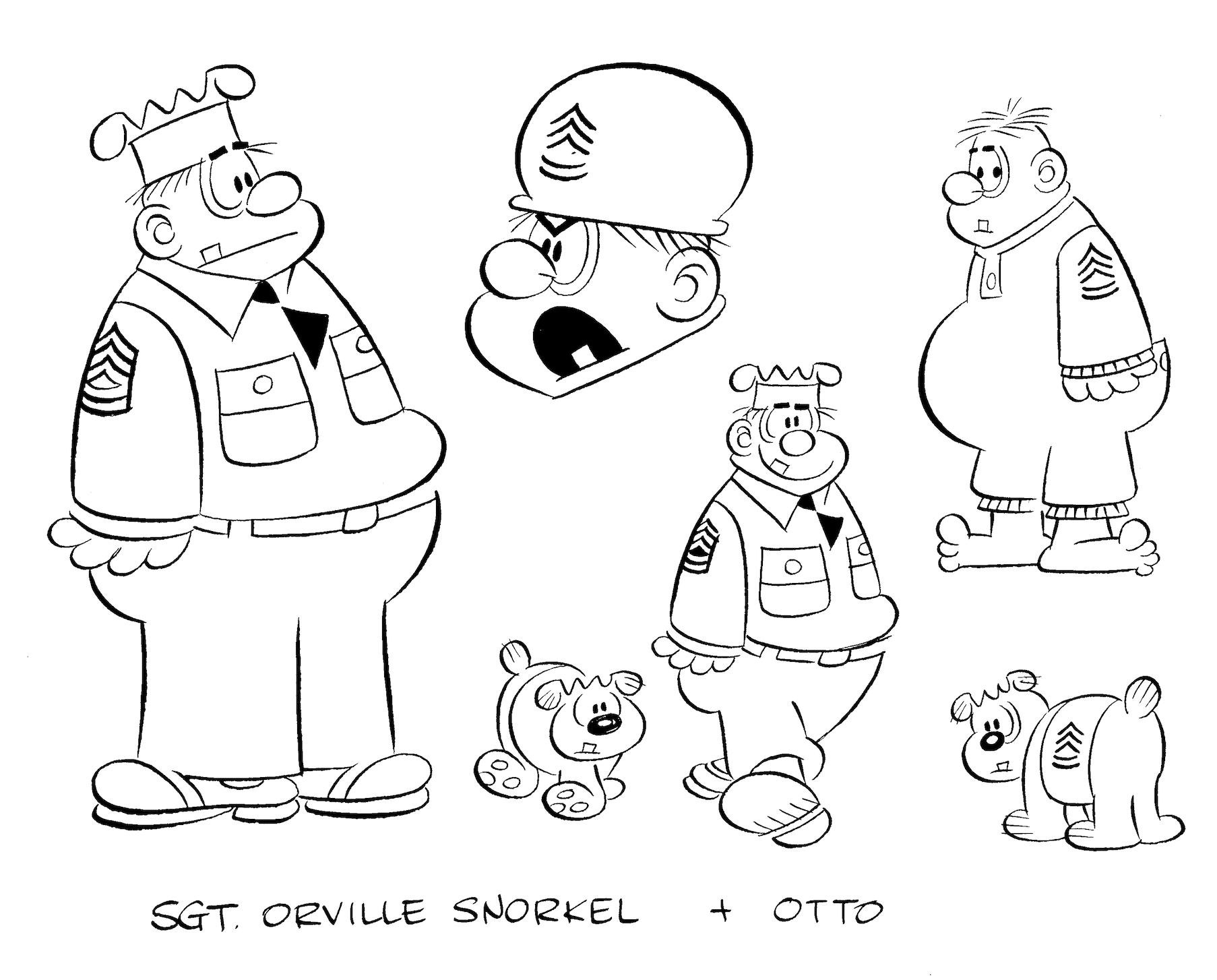 Another interesting note in the Sunday page above is the misspelling of Sarge’s last name in the second panel. It’s “Snorkel” not “Snorkle.”

Stay tooned as we continue to feature more colorful Sunday pages from the 1960s.