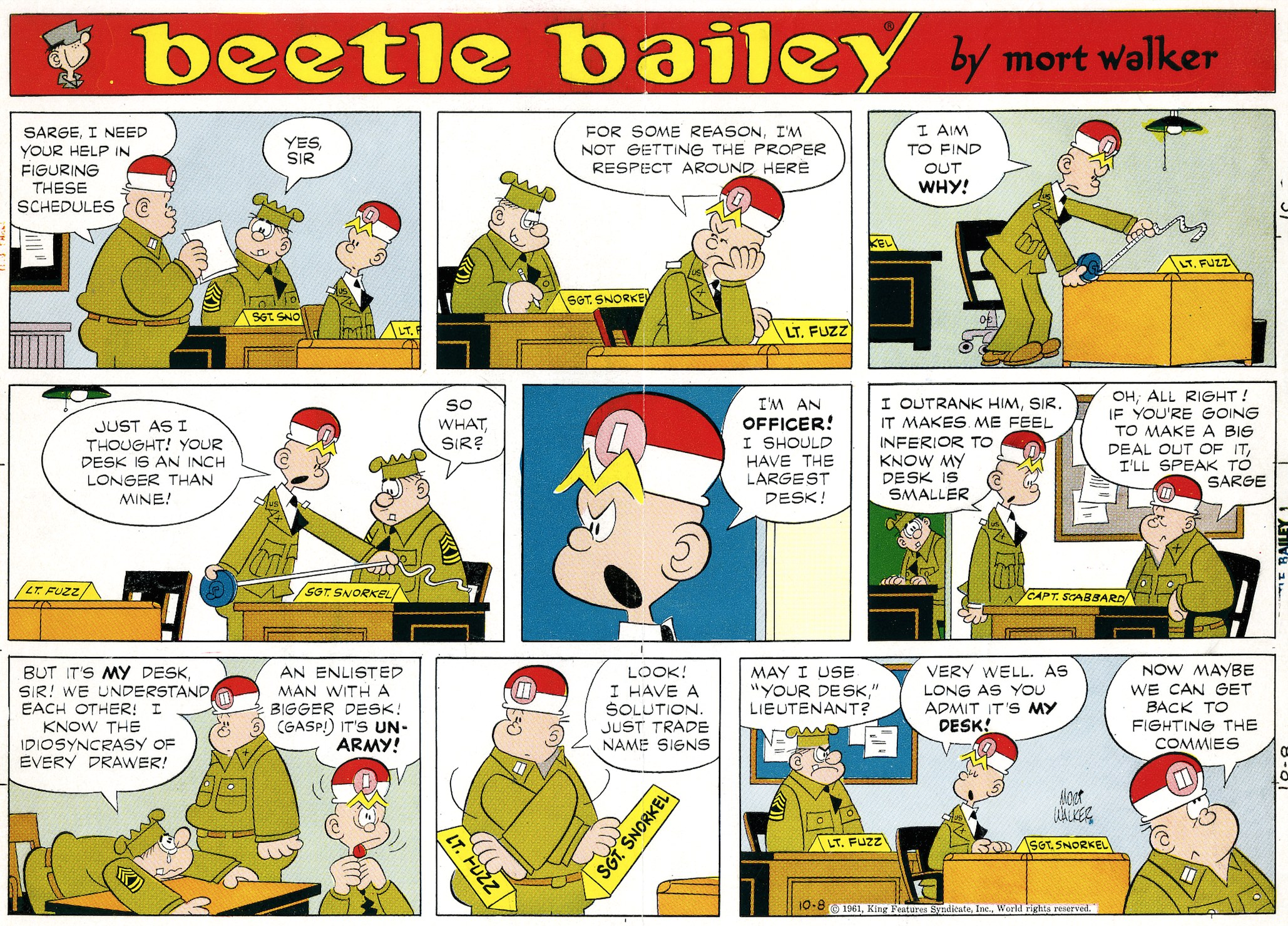 Lieutenant Sonny Fuzz is a young, ambitious, newly-minted officer who shares an office with Sergeant Orville Snorkel. This situation inevitably leads to conflict and provides a rich source for humor in the strip.

In the episode above, Fuzz is complaining that he does not receive the respect he feels his rank deserves. When he finds out that Sarge’s desk is bigger than his, these insecurities boil to the surface. He complains to Captain Scabbard who comes up with an idea that seems more like a quick fix than a permanent solution. Sarge is put in his place, but not for long.

All three of these characters were regulars in the strip by the mid-1950s. Over the years, we have continued to exploit this inter-office conflict. Lt. Fuzz’s hypersensitivity to the squeaking of Sarge’s chair has been a long-running gag. Fuzz also objects when Sarge eats at his desk or throws trash on the floor. In fact, just about anything Sarge does annoys Fuzz and Sarge enjoys tormenting his superior officer in endlessly cruel ways.

Mort Walker claims that he gets most of his ideas from observing people. “The main ingredient of humor is the revelation of human nature – its frailties, its reasoning power – and the interrelationships between characters. You can’t have a good story unless you have conflict. You can have violent conflict as in an adventure story, or you can have the conflict of ideas. You can get a lot of gags out of the way people reason and do things. It’s human nature you’re after.”

That insight is one of the reasons that Beetle Bailey has remained so successful for so long.