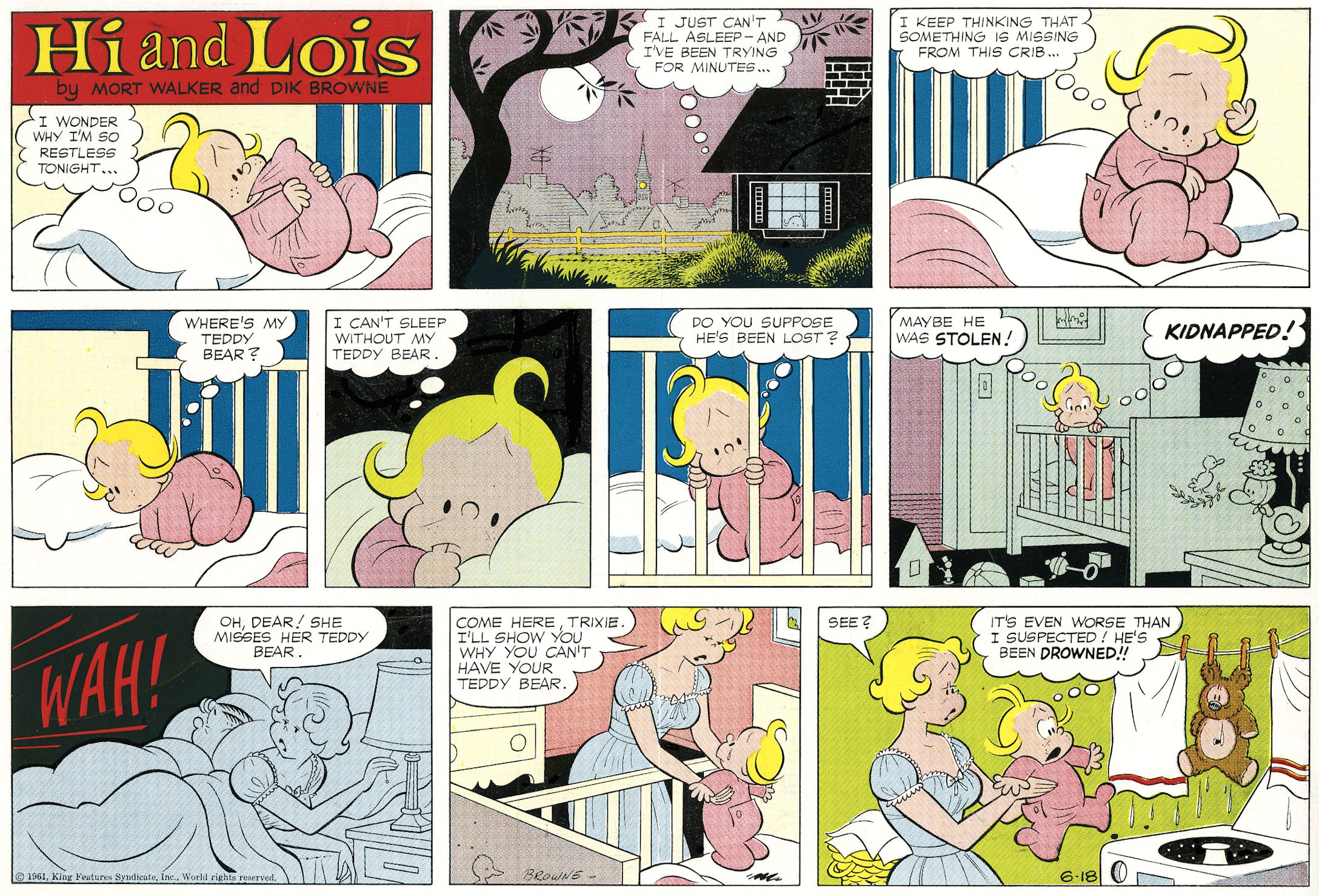 Trixie is having trouble falling asleep in this episode. Although it varies considerably depending on the child, most babies begin to sleep through the night when they are about six months old. Some can snooze for six to eight hours at a stretch when they are three months, others don’t doze that long until after they are more than a year old.

The cause for Trixie’s insomnia is a missing teddy bear. At this point her favorite stuffed animal was more generic looking, but over the years he took on a personality of his own. Here he is in 1964. 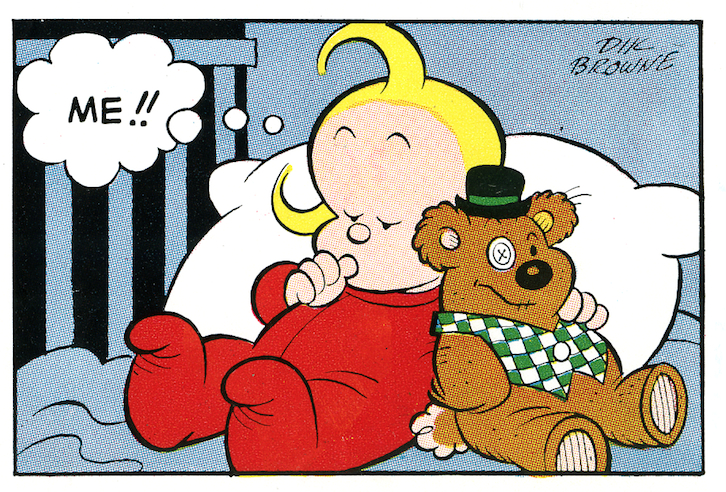 We sometimes refer to him as “Mr. Ted.” Dik Browne drew him with a disheveled appearance that was result of all the affection he received. The derby hat and checkered vest give him some class. We have tried to retire him a few times but he has survived throughout the decades and is still a cherished friend.

Stay tooned for more classic pages from the 1960s in our Timeline series.