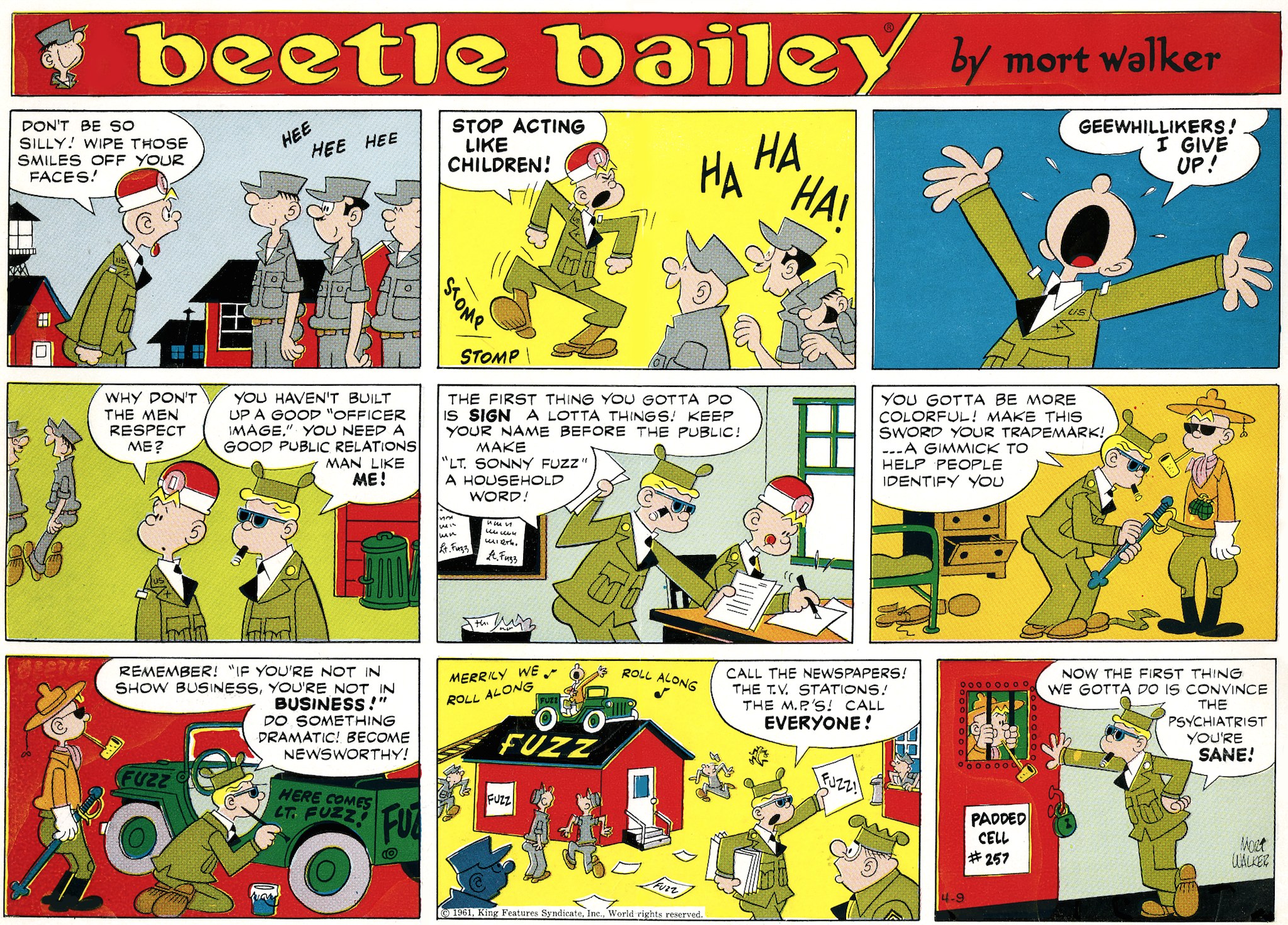 In 1955, Mort Walker introduced Cosmo, a wheeler-dealer he claimed was based on the role played by William Holden in the film Stalag 17. “Holden was such a great operator he could get you anything, even in a wartime prison camp,” Mort remembered. Cosmo was a skilled pool hustler, a crafty card player and an unscrupulous loan shark.

He also resembled Milo Minderbender, a character in Joseph Heller’s best-selling novel Catch-22, published in 1961. Milo was the ultimate capitalist, who had no allegiance to any organization, principle or person unless he could profit from it.

By the time the classic Sunday page above appeared, Cosmo had evolved into a public relations expert who gives advice to the insecure Lt. Fuzz. Everything Cosmo touched did not always turn to gold and his schemes often backfired.

In the strip below, one of his earliest appearances, Cosmo gives Zero some advice on how to get a promotion.

Cosmo continues to be one the most entrepreneurial characters at Camp Swampy.