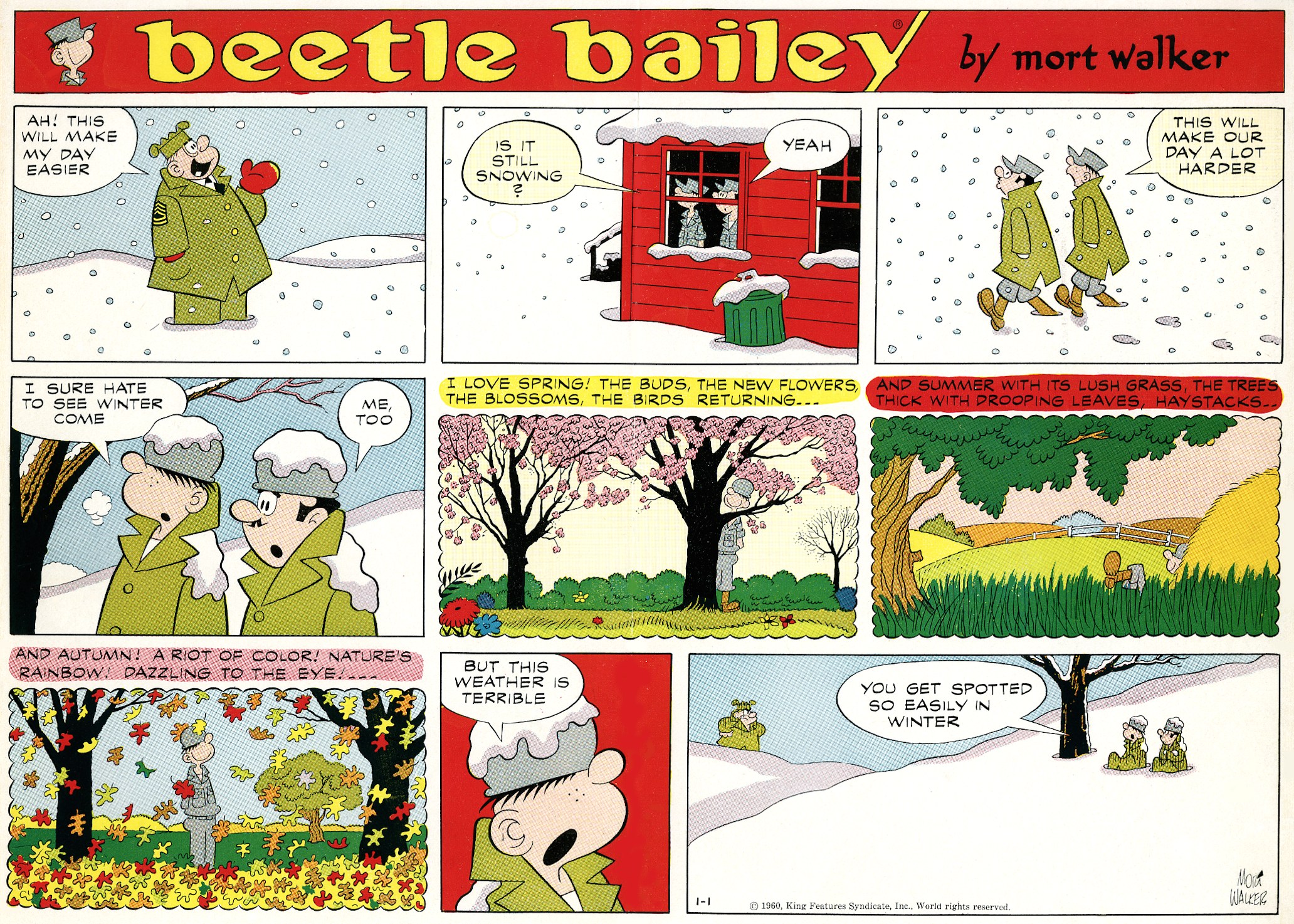 Winter scenes are not very common in Beetle Bailey. Mort Walker has always assumed that many of his readers in the United States and around the world do not live in areas that get snow, so he keeps the weather warm for the most part.

The original artwork for this classic Sunday page was hand-colored and used in an exhibition during the 1960s. Since then, it has been featured in numerous retrospectives, including the 50th anniversary show at the International Museum of Cartoon Art in Boca Raton, Florida in 2000. It is also reproduced in my book, The Comics – The Complete Collection.

The expanded format of the Sunday page provides an ideal opportunity to showcase outdoor scenes from all four seasons. The gag about Beetle’s year-round goofing off is effectively delivered with the white expanse of snow in the final panel.

We are continuing our review of Beetle Bailey Sunday pages from the 1960s, so stay tooned.