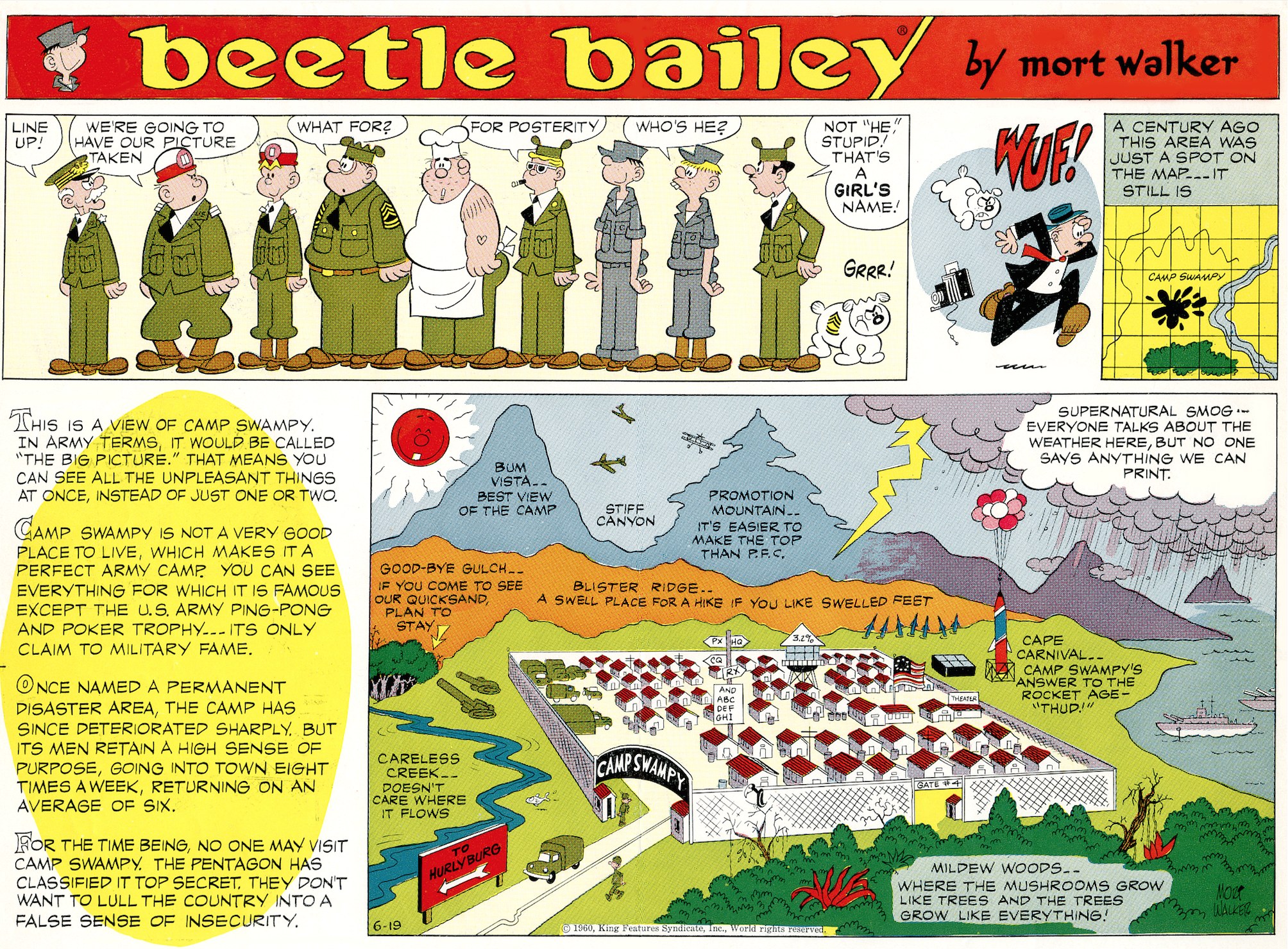 The spectacular Sunday page above provides an aerial view of Camp Swampy and the surrounding countryside as well as a colorful description of the “permanent disaster area.” It also features a full-cast line up in the drop panel.

Camp Swampy was inspired by Camp Crowder in Missouri, an antique relic from WWI where Mort Walker trained in 1941.