News Around the Kingdom: BALLS O’ FIRE! THIS MONTH IS ALL ABOUT HEARTS!

Woman’s Day magazine has been a leader in the fight against heart disease – the number one killer of women – for more than a decade. In the March 2017 issue just published this week, Woman’s Day joins forces with King Features and Fleischer Studios to present heart health information to readers in a fresh and innovative format. King Features created a brand-new original custom comic strip starring BETTY BOOP as the “Heroine of Hearts” exclusively for the 2017 Woman’s Day campaign. Click here to read the comic.

SNUFFY SMITH cartoonist John Rose reports that, he will be signing copies of his latest Snuffy Smith comic strip collection, Balls Of Fire! More Snuffy Smith Comics, for Valentine’s Day. The event takes place at the Daily News-Record newspaper office in Harrisonburg, Va. on Tuesday, February 14, 2017. Check it out here and share the love!

Meanwhile, Brian Walker continues his Timeline: 1960 series with Part 3 in both comics blogs he writes:

In BEETLE BAILEY, Mort Walker rarely delves into politics. However, during that era when international relations were tense, it was almost inevitable that a comic strip about the U.S. military would comment on current events. 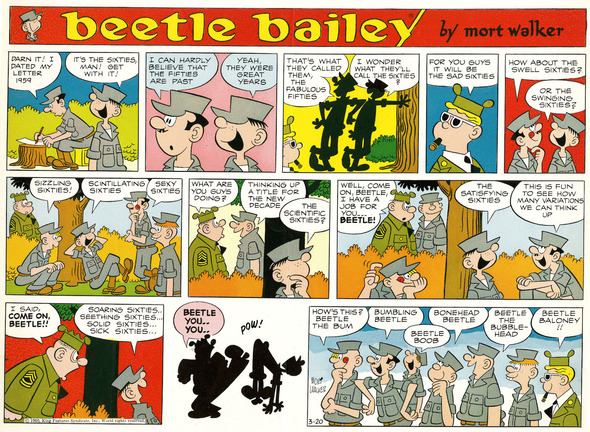 And, in HI AND LOIS, Brian takes a look at a Sunday page in which Mr. Foofram, who is Hi Flagston’s boss, is looking back at the good old days when life was simpler 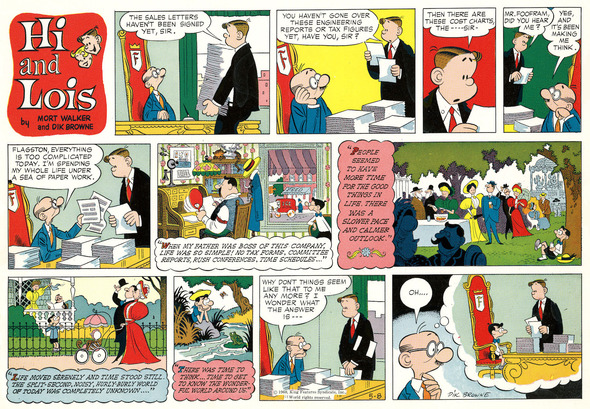 SALLY FORTH cartoonist Jim Keefe shared his artwork for the Feb. 5 Sunday drop panel. Since Sunday comics are created weeks in advance, Jim must have been psychic, given the big snowstorm that hit the Northeast this week! 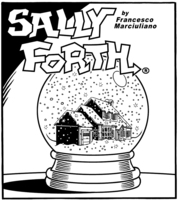 And last but not least, BIZARRO cartoonist Dan Piraro regales readers with tales of cats, wedding rings and social justice,  and more musings guaranteed to make you think and give you a chuckle. Check it out here.