Ask A Cartoonist: The Error of Our Ways 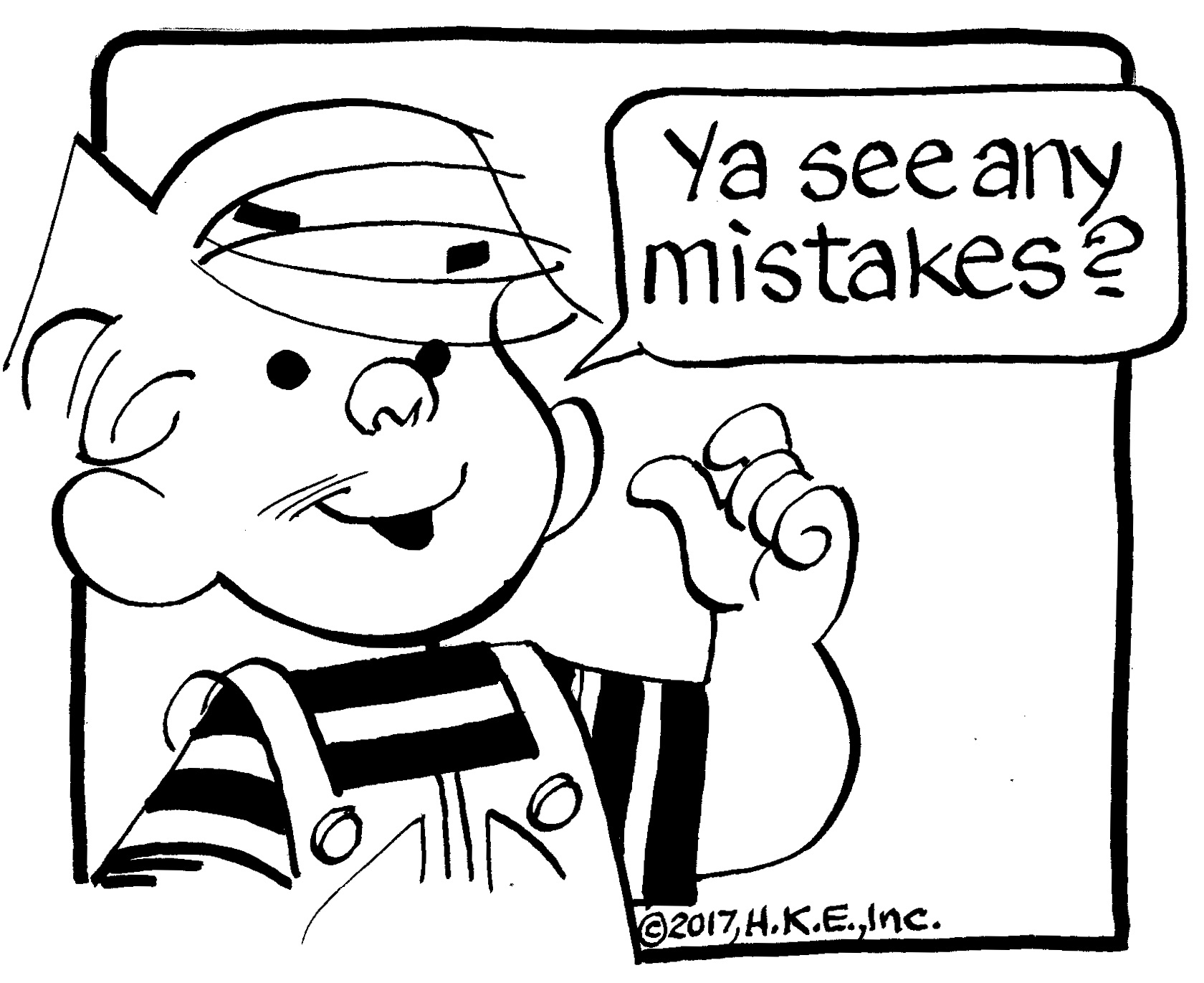 Just weeks after Dethany was introduced into the strip, and before I developed the hyper-competent aspect of her personality, she made this mistake:

We all make mistakes.  I remember many years ago, in the late 1990’s, when I was working as Fred Lasswell’s inking assistant on the Snuffy Smith comic strip.  I was inking Snuffy and totally forgot to ink in Snuffy’s whiskers in the title panel of a Sunday Page!  I don’t know how I missed that, but I did.  Of course Fred caught it when I emailed him what I thought was the finished Sunday Page.  He called me on the phone and laughed and asked if I was looking out the window when I was inking that panel.  He added the whiskers and sent it on to the syndicate.  I have never forgotten Snuffy’s whiskers again!  He was a great teacher and a wonderful man to work for–I am so thankful for the opportunity he gave me many years ago.

Hank Ketcham was a stickler for details, and made sure I learned every little thing about Dennis.

During the first year after he turned the daily panel art over to me, I ALWAYS made sure everything was exactly the way he had taught me.

One morning, as I was checking out how the DTM panel looked in our Charlotte Observer, I realized that I had left off Dennis’ freckles! You’re kidding me! I drew that six weeks ago and never noticed it. I’m thinking Hank is really going to be upset with me. Well, since he lived in California, I figured he wouldn’t see today’s comic for a couple hours. So, I decided I would let him know that I caught my mistake before he did.

I faxed him this note: “Hi, Hank… I’ve committed a terrible mistake! I accidently left off Dennis’ FRECKLES in today’s panel. I apologize. Please forgive me.”

For TWO hours, I anxiously awaited his reply. When I heard the fax machine printing, I rushed over to see how seriously I had been chastised. To my relief, Mr. Ketcham wrote: “Don’t worry about it, Marcus…just give him TWICE AS MANY TOMORROW!” 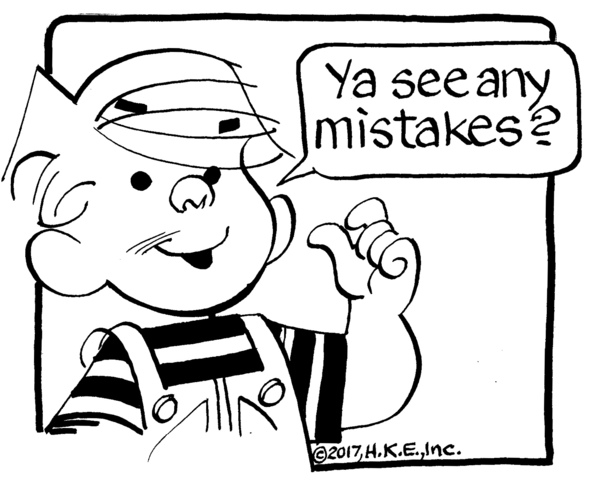 What a sense of humor he had!

Back in ’94, I was listening to “All Things Considered” on NPR. They did a report on young people who they said were getting small tattoos of consumer products to get free stuff. I went to work on a Zippy strip using the idea right away.

When the strip ran a month later, I got a call from an NPR reporter. The “report” was an April Fool’s Joke—and I fell for it! Most embarrassing interview of my career.

This January, I was really embarrassed to realize that I had put “2016” on my comic strips for that month. I wrote to our editor and she wrote back saying a lot of cartoonists do that – not to worry, and that she would correct them. So – a long overdue thank you to our fantastic King Features editor. As you can imagine, this was not the first time in 16 years that I had done something like this.

I do the colouring for my Arctic Circle strips and often make mistakes, missing out areas of colour, for example. But when the strip was first launched, the first 6 weeks were coloured in-house. I had written a silent strip about Lenny topping up his ice-cream cone and meant for the ice-cream to be uncoloured (one of my favourite flavours is coconut, so this would have worked), but I failed to tell the in-house colourists this and they made it pink.

Here’s one from Sally Forth! 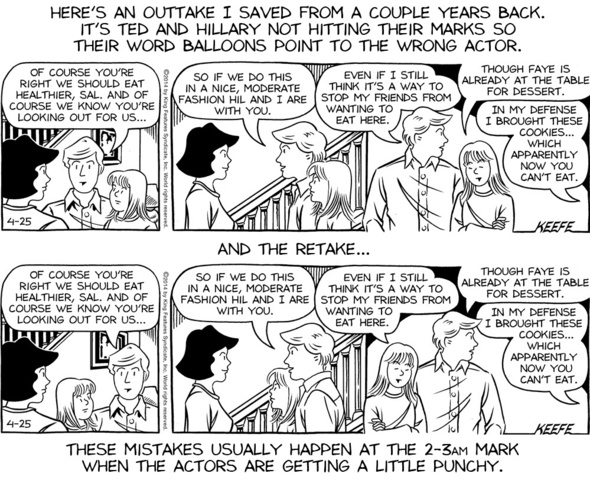 Attached is one of my big goofs, along with the note from the reader who brought it to my attention.

This is what the reader wrote: “Edison Lee should know that a balance beam scale would indicate the same weight on the moon as it does on earth, as the compensating weights on the scale are also affected by the one/sixth gravity.”

My funniest error happened recently. I accidentally spelled a juggling world record holder’s name wrong (“Gotto,” instead of “Gatto”), and probably got the most feedback I ever received at once. It brought together what felt like the entire world’s juggling community. Still, most of the readers were so happy I mentioned their hero, they barely cared about the mistake. They just pointed it out nicely and thanked me for mentioning him.